These ceremonies become viral for the luxurious gifts to the bride and groom. (tiktok)

The union of two people became one of the popular activities that exalt Peruvian customs that are still valid despite the passing of the years. Although these types of demonstrations are usually organized in the Peruvian provinces, the capital, Lima, has not been immune to festivities, such as yunzas, baptisms and even funerals that are accompanied by musical groups and beer.

From the Junín region, a series of community expressions are woven around marriages, a celebration that does not go unnoticed and that can last several days. Although the bride and groom are usually the protagonists in these festivities, they take the place of spectators when they see their guests arrive with extravagant gifts, which have no limit on their budget.

The centuries-old tradition has had an important value in certain cities, such as Juliaca, Cusco and Huancayo, the latter being the most popular among users on social networks due to its duration. Over time it adopted a name: Huancaine weddings. 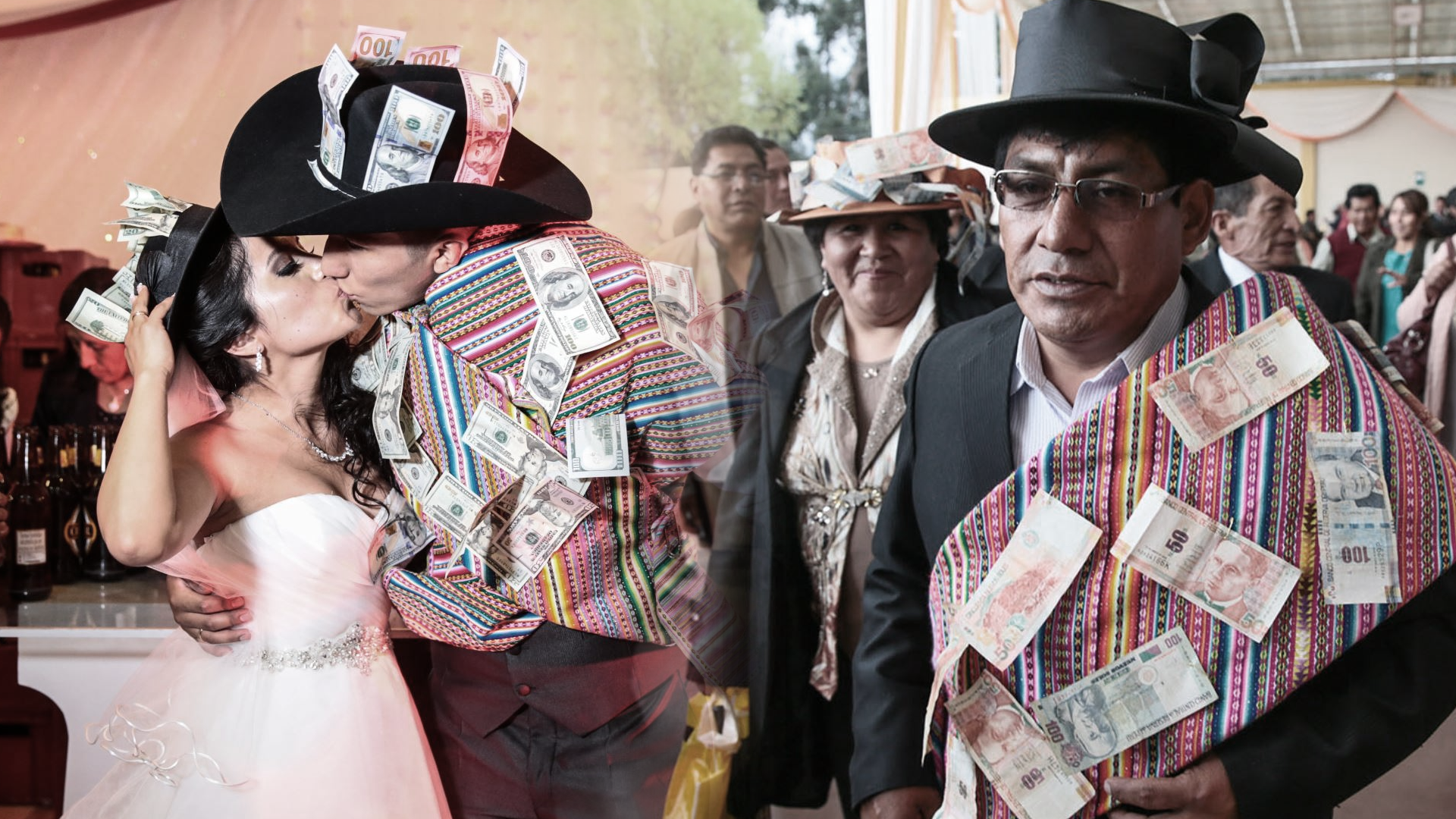 This is how love is celebrated in traditional Andean marriages.

What makes the difference between Lima and the interior of the country is that in this last scenario there is a kind of competition between the guests and the families of the bride and groom. The reason? Find out who is the one who “shows their love” the most with gifts, both material (cars, furniture, kitchens, etc.) and economic ones.

One of the characteristics is that to the rhythm of music and dancing they enter the wedding reception, carrying wads of bills and presents for the couple in their hands. Usually, these people are called “godparents”.

To give an example, there is a ritual called “the act of palpa”. This describes how the newlyweds entertain the godfather with typical foods. In gratitude, the guest becomes the sender of abundance, giving abundant gifts. Depending on the purchasing power and bond with the spouses is the size in which these offerings and symbols of prosperity will be delivered.

Giving money to newlyweds is one of the traditions in Huancayo, Cusco, Puno and other areas of Peru. (tiktok)

This is a special part of the ceremony. The assistants maintain the concept of transmitting happiness, success and abundance to the spouses through gifts. It is believed that with these they will not suffer and will have a happy destiny without deficiencies.

The process is cyclical, since those who were married and benefited from this action, at some point will have to make their contribution to the happiness of others.

Orchestras, luxurious gifts and abundant beer are the components of this marriage from Puno. (tiktok)

In these areas of Peru, different deliveries can be given to those celebrated, such as food, pets, cars, houses, flowers, tractors, tools, trips and even land to start their new home.

They usually hire experts in this type of event, which are usually known by the name of wedding planners. If they do not have one, the same relatives are the ones who offer themselves for the organization of the marriage. 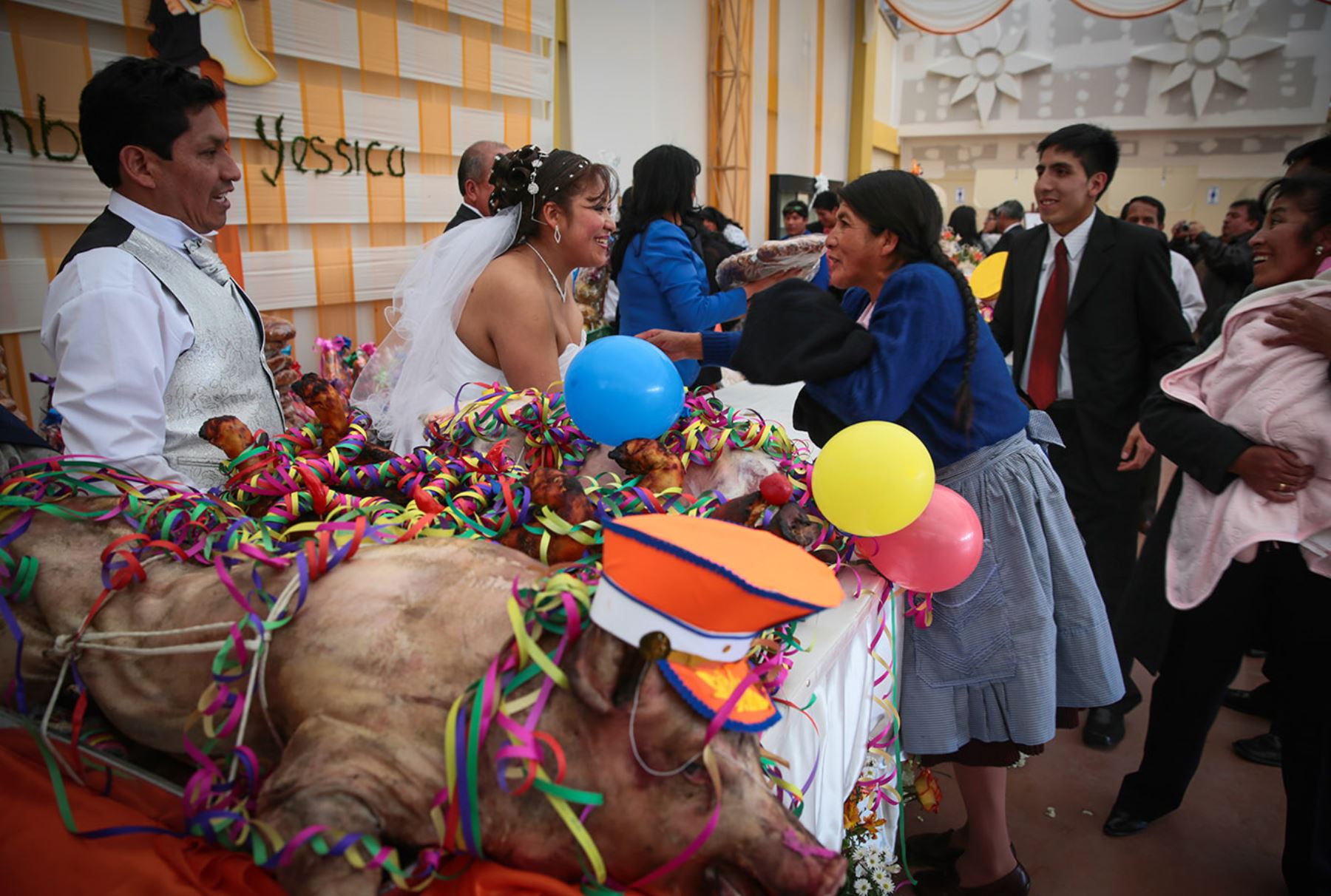 Newlyweds receive gifts as a symbol of abundance and prosperity. (Andean)

As trends change, the bride and groom look for their own styles to reflect them in the decoration. Halls and receptions are adorned with the best objects, flowers and awnings. In addition, they usually make a space to set up a stage where artists, national or international, folk groups and for the famous “crazy hour” are presented.

Arriving at this type of event will make you feel like going to a Hollywood gala, since the luxuries can be seen from the ceiling to the table where the dishes are served, which in most cases are traditional from the region.

Peruvians prefer to get married after the age of 30. What are the requirements for a religious marriage? Civil marriage: how much does it cost and what documents are needed