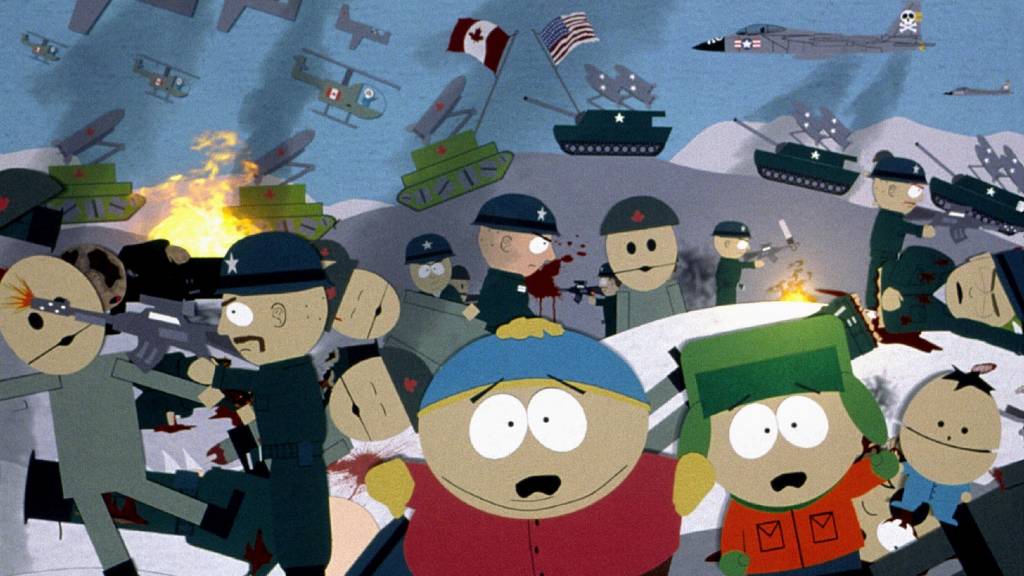 Whether it’s religion, politics, celebrities, activism or current affairs: everything and everyone gets a kick out of the American TV program South Park, which celebrates its 25th anniversary this weekend. “The makers play in the extreme with political incorrectness or taboos,” says fan Leander van Nieuwpoort.

Thanks to the minimalist animations, the production of an episode takes about a week. According to 31-year-old Van Nieuwpoort, that pace explains why, according to him, the show is still so relevant after more than 300 episodes.

‘Getting started with current affairs’

“If you watch new episodes of, say, The Simpsons or Family Guy, which take much longer to make, they contain jokes about things that happened six months ago. That’s a big difference with South Park, which is similar to the deal with recent events.”

In a quarter of a century, the controversial series won four Emmy Awards. But in addition to rave reviews, there was also a lot of fuss and criticism. Religious organisations, from Scientology to Islam, sometimes misrepresented the crudely worded parody. The episodes in which the prophet Mohammed could be seen, or in which that was initially the intention, led to threats against the makers.

“Some people say, ‘Wow! I can’t believe they’re making fun of something so important.’ And that’s exactly why we joke about something,” co-creator Trey Parker told the AP news agency. He and Matt Stone are the brains behind the series.

The way the pair usually deal with criticism is by adding a satirical joke on top. An example of this is the reaction in 2019 to the removal of references to South Park on Chinese social media after an episode about self-censorship by Western companies.

“We also love money more than freedom and democracy. Long live the Great Communist Party of China! Everything okay, China?” Parker and Stone said in a statement. The duo also once launched the “#CancelSouthPark” campaign, as a parody of the so-called cancel culture.

Van Nieuwpoort: “Matt and Trey want to see how far they can go. For some people they have really gone too far. I can laugh about it, but I can imagine that others do not feel comfortable with it.”

South Park follows the lives of four high school students Eric Cartman, Kyle Broflovski, Stan Marsh and Kenny McCormick. They live in the fictional town of South Park in the state of Colorado. The program is therefore in its 25th season on TV, but various games and a film have also been released. That film is a musical, of which a song was nominated for an Oscar.

“I’ve been watching it since it came on TV in the Netherlands, on Net 5. Then I recorded it with a video tape,” says Maarten Lemmens with a laugh. The 37-year-old from Hoek van Holland is the founder and manager of a Dutch South Park fan website. “It is super funny and still topical. For example, the entire corona pandemic was ridiculed last year.”

A difference with previous seasons is that the episodes have been building on each other more often in recent years. “It used to be more separate episodes,” says Lemmens. “I think it has decreased a bit, but I still watch when there are new episodes.

According to Lemmens, it does not always work out well that there is now a more continuous storyline. That is the risk if a plot twist actually has consequences, adds Van Nieuwpoort. That way a storyline continues even if it is not that strong.

De Kijkwijzer has recently adjusted the age classification for South Park. After complaints about, among other things, the use of language, the advice applies from season 20: watch from the age of 12. For previous seasons, that was 6 years and older.

Enthusiast Lemmens understands that the age has increased. “It’s not a show for children, more for adults. Actually for just-not-adults, because the humor works very well with 16-year-olds.”