At least 41 dead were left by a fire in a Coptic church in Cairo this Sunday in full celebration of the mass, indicated ecclesiastical authorities.

The fire, whose origin has not yet been determined, occurred in the Abou Sifine church in the popular neighborhood of Imbabain the northwest of the capital, according to the authorities.

The Egyptian Coptic Church registered “41 dead and 14 injured” citing “sources in the Ministry of Health”, in a statement posted on its Facebook account. 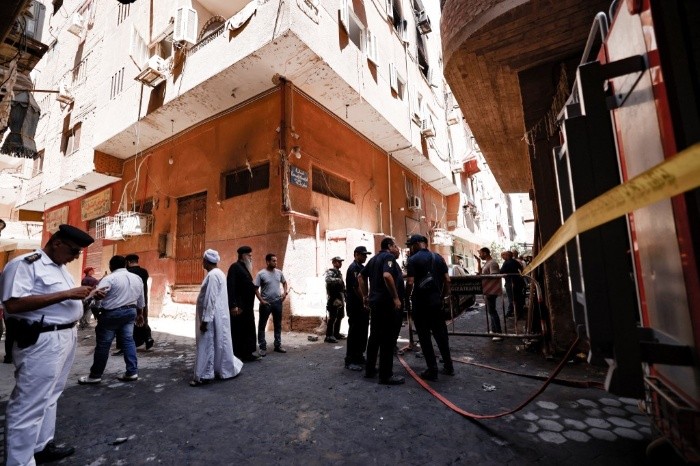 President Abdel Fatah al-Sisi stated on his Facebook page that “I have mobilized all state services to ensure that all the measures” required are applied.

Firefighters later said the fire was under control.

Before, The Egyptian Ministry of Health had indicated that at least 55 people were hospitalized after the fire and the number of dead was being “determined”.

The popular neighborhood of Imbaba is named after Saint Mercury of Caesarea, revered by the Copts, who are the largest Christian community in the Middle East, with between 10 and 15 million faithful in a country of 103 million inhabitants.

In March 2021, at least 20 people were killed in a textile factory fire in the eastern suburbs of Cairo.

The Copts have suffered reprisals from Islamists, especially after al Sisi’s 2013 ouster of Islamist President Mohamed Mursi with churches, schools and houses set on fire.

In the great metropolis of Cairo, where millions of Egyptians live in informal neighborhoods, accidental fires are frequent.

Egypt, which is endowed with very old and poorly maintained infrastructure, frequently experiences deadly fires in its different provinces.