Ajax has booked a very convincing victory against FC Groningen in the second round of the Eredivisie on Sunday afternoon with the help of Steven Bergwijn. The national champion triumphed, partly thanks to three hits from the summer acquisition, 6-1.

Just like PSV, Ajax comes out on six points from two rounds of play. The people of Eindhoven already put Go Ahead Eagles aside with 2-5 on Saturday. Ajax and PSV both have a goal difference of 9-3.

In the sweltering Johan Cruijff ArenA, Ajax already had a 3-1 lead halfway through, thanks to goals from Bergwijn (two) and Antony. Via Cyril Ngonge, the visitors recovered from the first goal against, but after that it was one-way traffic towards the Groningen goal. After the restart, Bergwijn completed his first Eredivisie hat-trick and Kenneth Taylor and Steven Berghuis (penalty kick) sprinkled salt in the Groningen wound.

Brian Brobbey was in the starting line-up at Ajax, as a result of which Dusan Tadic dropped one line and Berghuis had to settle for a place on the bench. Compared to the duel with Fortuna Sittard (2-3 win), Edson Álvarez returned to the base. The Mexican midfielder was suspended last week. He left his mark on the game with his ball conquests and forward passes.

Ajax immediately looked for the attack and the 1-0 fell in the fourth minute. Tadic reached Devyne Rensch with a nice ball, after which the right back brought Bergwijn into position. With a drop kick, the summer acquisition made the fans in Amsterdam cheer for the first time. FC Groningen quickly restored the balance via Ngonge. The attacker took advantage of the space that Ajax gave away and remained cool face to face with Remko Pasveer: 1-1.

However, the visitors were unable to withstand the offensive force majeure of the national champion. After half an hour, Antony pulled in to chase the ball into the intersection with his left ass hard: 2-1. Thanks to Bergwijn, Ajax walked further away from the team of trainer Frank Wormuth before half-time. This time he headed in on a pass from Antony, who had swerved to the left flank.

Steven Bergwijn scored his first hat-trick in the Eredivisie. 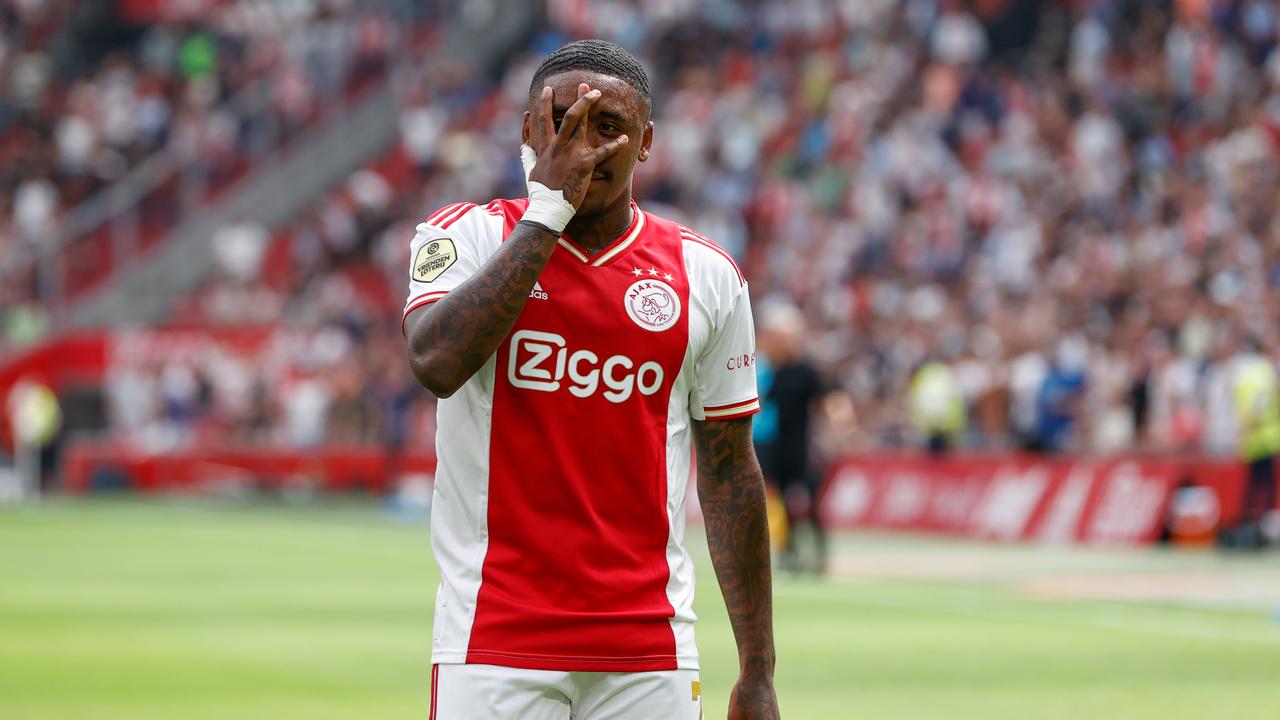 Steven Bergwijn scored his first hat-trick in the Eredivisie.

Ajax runs further after the break

In the second half FC Groningen was no longer involved at all. Ajax chained one attack after another and via Bergwijn it became 4-1 after 57 minutes. The attacker cut in from the left and found the far corner. When Taylor scored the 5-1 on Brobbey’s instructions halfway through the second half, FC Groningen seemed imminent.

Partly because the substitute Ajax debutant Lorenzo Lucca did not have his sights sharp, the score remained intact for more than twenty minutes. In the final phase, Perr Schuurs also came in. The Limburger is close to a transfer to Torino. Shortly after his entrance it became 6-1 via Berghuis, who was allowed to score from the penalty spot due to hands by Isak Määttä.

View the results, the program and the position in the Eredivisie