Marianne Vos lost her leading position in the general classification of the Tour of Scandinavia on Saturday. The Dutch had to release on the final climb of the fifth stage and saw Cecilie Uttrup Ludwig hit a double in the Norwegian Norefjell.

The 35-year-old Vos could no longer keep up with the pace at 7 kilometers from the finish and almost stopped on the final climb of 11 kilometers in total, with an average gradient of 5.8. With that, her leader’s jersey was virtually already forgiven.

A few kilometers before the finish, Ludwig and Liane Lippert made a gap with the calm of the thinned leading group, big enough to compete for the stage victory after a mountain stage of 127.4 kilometers. Ludwig started the sprint and was clearly a size too big for the German Lippert.

For the Danish it is the third victory of the year. The national road champion won a stage in the Tour de France Femmes won by Annemiek van Vleuten last month.

Belgium’s Julie Van de Velde finished third in Norway, half a minute behind Ludwig. With Anouska Koster (seventh), Esmée Peperkamp (eighth) and Lucinda Brand (ninth), three Dutchmen made it to the top ten.

Cecilie Uttrup Ludwig is the new leader in the general classification of the Tour of Scandinavia. 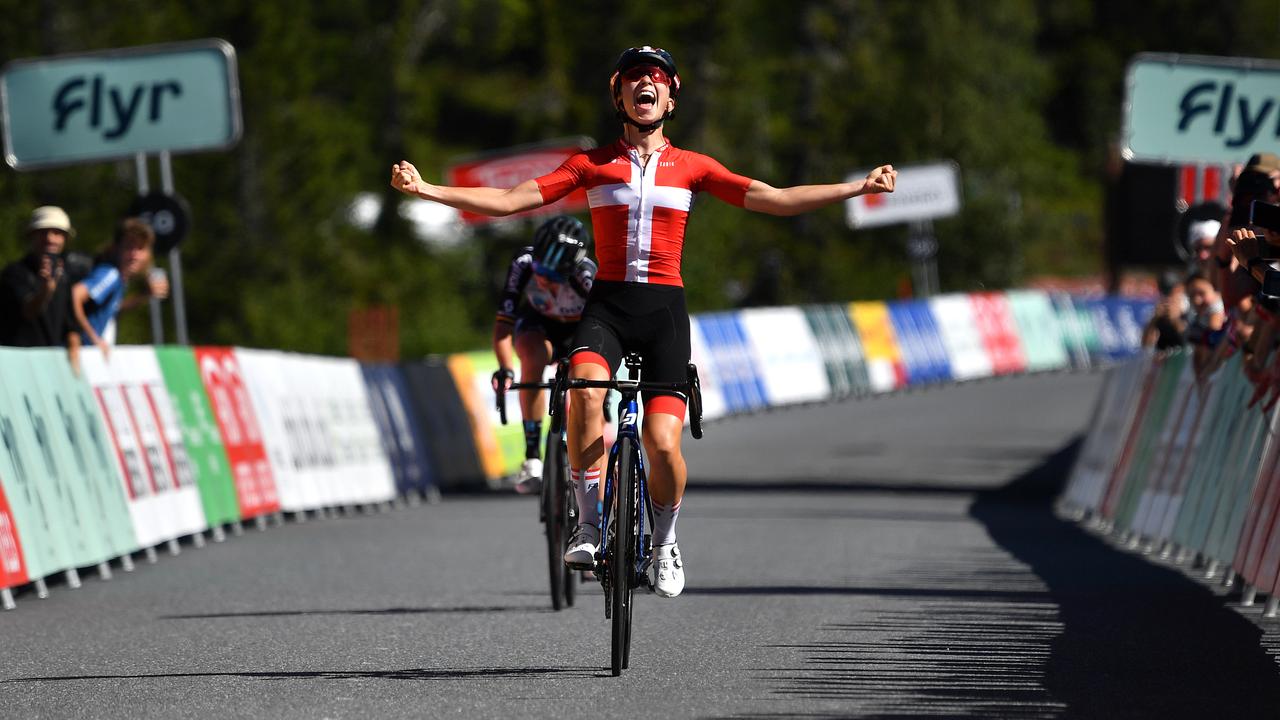 Cecilie Uttrup Ludwig is the new leader in the general classification of the Tour of Scandinavia.

Vos crossed the finish line a few minutes behind Ludwig and saw her reign in the Tour of Scandinavia come to an end after four stages. The Jumbo-Visma rider impressed this week by winning the first three stages. On Friday, Vos finished sixth in stage four.

Demi Vollering did not start in the fifth stage. The Dutchman from SD Worx, who was previously considered one of the contenders for the overall victory, fell on Friday and decided not to continue the WorldTour race as a precaution.

Ludwig defends a 17-second lead over closest attacker Lippert in the last stage of the Tour of Scandinavia on Sunday. The Australian Alexandra Manly occupies third place in the general classification on 44 counts.

The final stage is a flat stage of 153.4 kilometers from Lillestrøm to Halden. Then there are also opportunities for Vos in the hunt for the stage victory.