Utrecht not past Cambuur at home, RKC grabs point at Emmen at the last minute | NOW

FC Utrecht also dropped points in its second Eredivisie match of this season on Saturday. The Domstedelingen did not get further than 0-0 at home against SC Cambuur. Thanks to a goal in the final phase, RKC Waalwijk took a point at FC Emmen: 1-1.

Bas Dost made his basic debut at Utrecht, which last week drew 2-2 at RKC. The striker, who came over from Club Brugge this summer, scored twice last week during his first appearance for coach Henk Fraser’s team.

Against Cambuur, Dost had a chance to open the score in the first half, but Léon Bergsma prevented the attacker from shooting from close range with a well-timed sliding. Daishawn Redan and Djevencio van der Kust also missed opportunities for Utrecht before half time.

Cambuur had the best chances in the second half, but goalkeeper Vasilis Barkas kept his team going. The Greek prevented a goal with saves on attempts by Jamie Jacobs and Bergsma. In Drenthe, Emmen took the lead against RKC after an hour of play. Lucas Bernadou shot the ball beautifully into the top left corner after fumbling in the defense of the Waalwijkers.

Emmen seemed to be on its way to the first victory of the season, but in the final phase Julen Lobete threw a spanner in the works for the home team. The Spaniard, who is rented from RC Celta, was excellently served by Florian Jozefzoon and pushed the ball into the left corner. In injury time, Jozefzoon was still close to 1-2, but his effort went over.

At Emmen, Mark Diemers, who is rented from Feyenoord, made his debut after the break. The team of coach Dick Lukkien opened the season last week with a defeat at PSV (4-1). 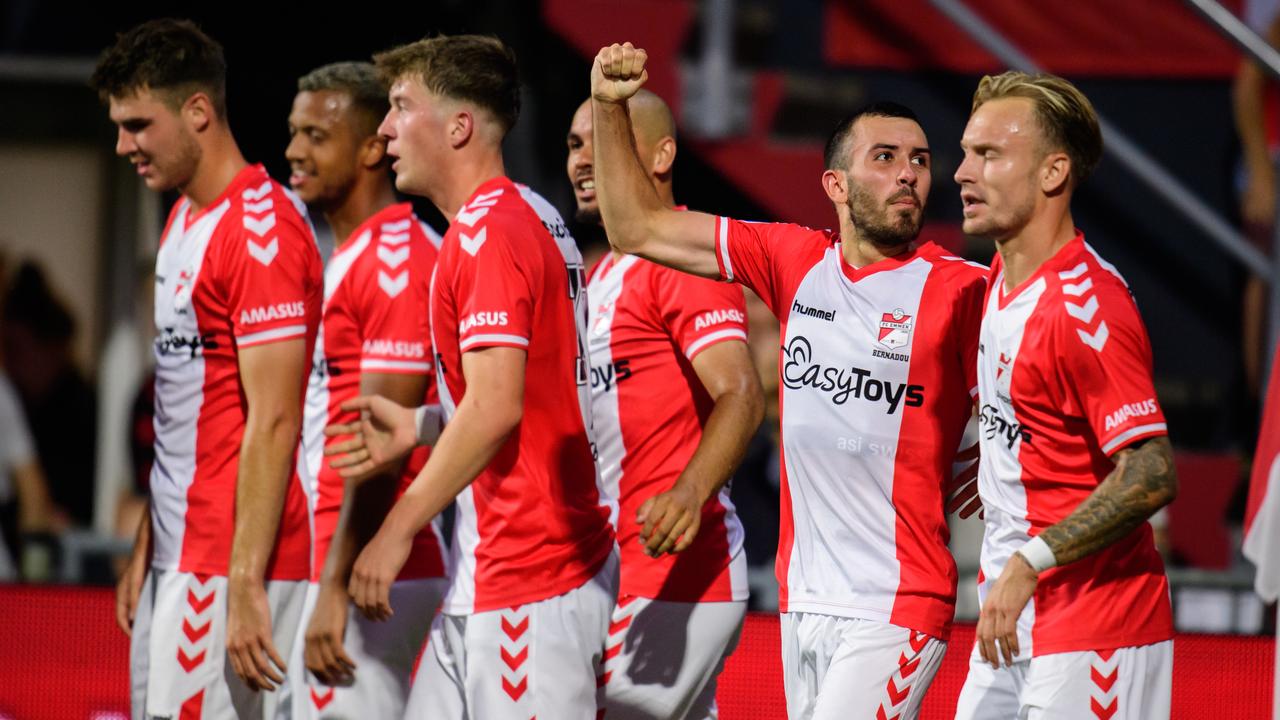