The fire of “Landiras-2” marks a “break” in Gironde 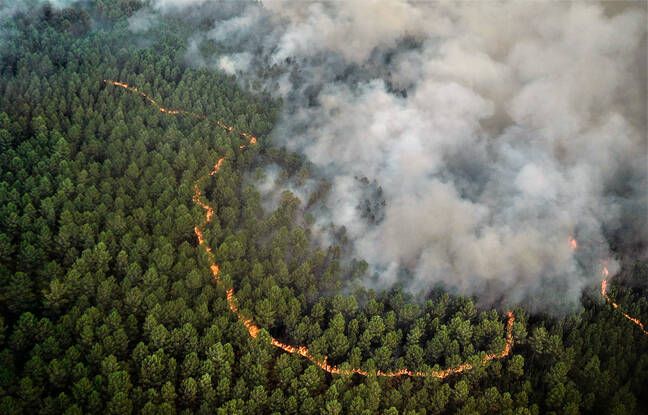 The fire called “Landiras-2”, which has been ravaging the south of the Gironde since Tuesday, is “in a pause phase” and its progression is “now limited”, announced the prefecture and the department’s firefighters this Saturday morning. The assessment of this resumption of fire, after the gigantic fire of July in Landiras, has been maintained at 7,400 hectares since Tuesday, “its progression is now limited” and “the fire did not progress significantly this night. The firefighters are committed to dealing with the periphery of the fire, ”announced the prefecture in a press release.

According to Lieutenant-Colonel Arnaud Mendousse of the departmental fire and rescue service of Gironde, “the situation has changed to favorable” and the fire “is in the pause phase”. “We remain very vigilant” because “if we no longer see large flames, the fire continues to consume the vegetation and the ground”, added the spokesperson for the Gironde firefighters.

A possible recovery with the wind

According to Météo-France forecasts, thunderstorms with gusts of 60 km/h are expected in the evening in the area. These gales “could restart the fire”, warned Lieutenant-Colonel Mendousse, for whom the question of controlling the fire is “premature”. Saturday around 8 a.m., the humidity and the morning freshness were back at the Hostens security headquarters, in the heart of the Landes de Gascogne forest, but the smells of burnt wood lingered for several kilometers around. AFP journalist.