The Dutch swimmers won bronze on Saturday in the 4×100-meter freestyle at the European Championships in Rome. Kim Busch, Tessa Giele, Valerie van Roon and Marrit Steenbergen stayed far away from the title, which went to Great Britain.

After Busch’s first inning, the Netherlands was well behind leader Sweden, which has the best swimmer in the world with Sarah Sjöström. After the innings of Giele and Van Roon, the swimmers were in fourth place.

Thanks to an excellent final turn by Steenbergen, the Netherlands still managed to win a medal in the discipline. She was one second short of Great Britain with a time of 3.37.59 minutes. Sweden came in second (3.37.29). For Steenbergen it is already her fourth place at the European Championships, after the gold medals in the 100 meters free, 4×200 meters free and 4×100 mixed change.

Earlier in the day, Maaike de Waard impressed in Rome by winning bronze in the 50-meter butterfly. The 25-year-old De Waard got off to an excellent start and was immediately on course for a medal. The native of South Holland lasted long enough and clocked 25.62, a personal best.

Busch also swam the final of the 50 butterfly in Rome, but with a time of 26.35 did not participate for the medals and finished seventh. As expected, the gold went to Swedish top favorite Sarah Sjöström (24.96), who beat Marie Wattel from France (silver in 25.33).

In the final of the 100 meter breaststroke, Tes Schouten was not able to provide a surprise. The 21-year-old specialist finished seventh in a time of 1.07.66. This put her well above the Dutch record that she herself set at 1.06.92 in 2020. 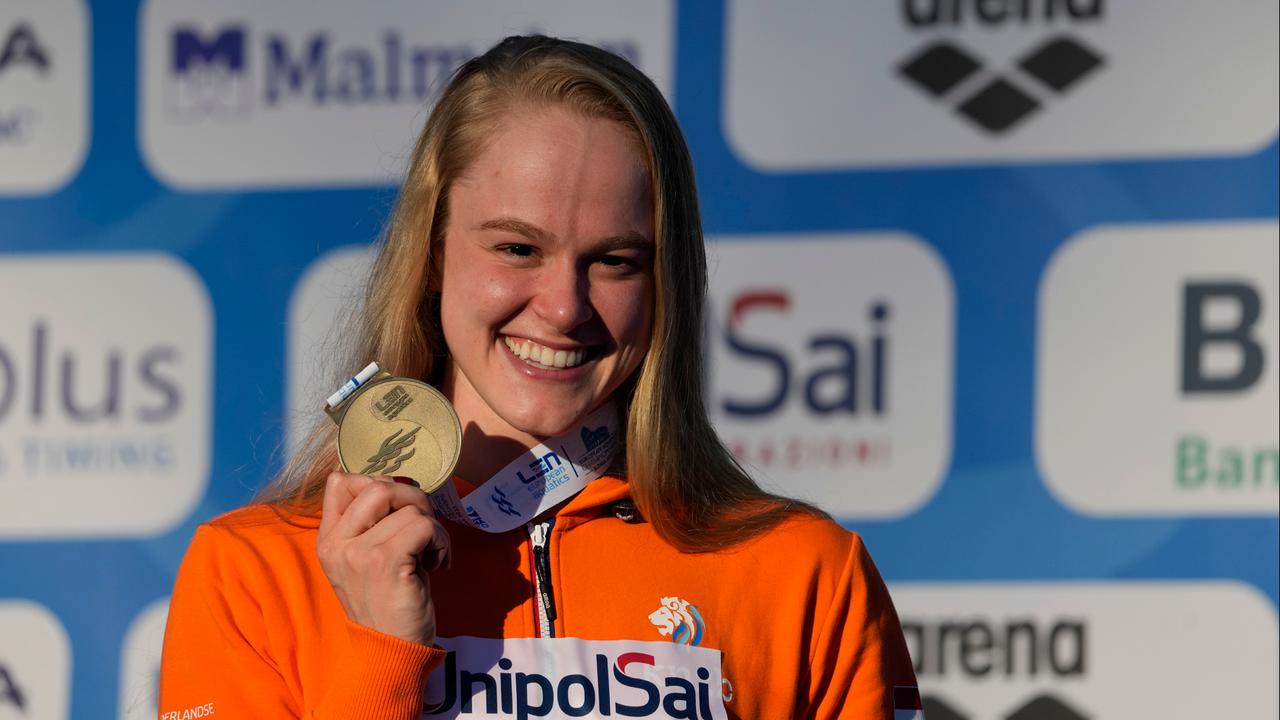 Steenbergen to final at 200 meters freestyle

Steenbergen, 22, qualified for the final in the 200-meter freestyle. The Dutch star of this European Championship was soon in the lead in lane three and did not relinquish that lead. She touched in 1.57.40 and thus recorded the best time in the semi-finals.

Imani de Jong failed to follow the example of compatriot Steenbergen. She clocked the fifth fastest time in her heat (tenth fastest overall) and that was not enough to reach Sunday’s final.

Steenbergen is currently experiencing a very strong European Championship. The born Friezin made a big impression on Friday evening by taking gold in the 100-meter freestyle. Before that, she already won European titles in the 4×200-meter free and the 4×100-meter medley with the relay team.

Marrit Steenbergen qualified with conviction for the final in the 200 meter freestyle. Marrit Steenbergen qualified with conviction for the final in the 200 meter freestyle.

Nyls Korstanje convincingly qualified for the final in the 100-meter butterfly. The 23-year-old Friesian recorded a time of 51.46, the third time overall in the semi-final. Only the Hungarian Kristof Milak (51.01) and the Swiss Noè Ponti (51.16) were faster.

Kira Toussaint and De Waard qualified for the final in the 50-meter backstroke. Defending champion Toussaint clocked the fourth time overall with 27.84 and De Waard had enough with the sixth time (28.00) to qualify for the battle for the medals.