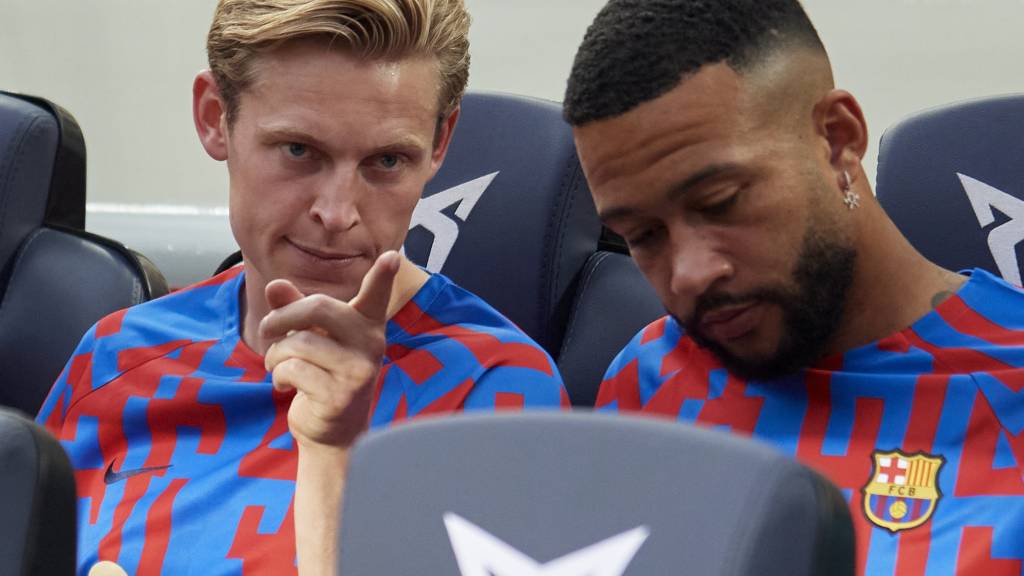 There is always something going on at FC Barcelona, ​​but it has rarely been as restless as the run-up to the first competition match with Rayo Vallecano, Saturday at 9 p.m.

What is happening to Frenkie de Jong anyway? How long will Memphis Depay be seen in a Barcelona shirt? And why did it only succeed at the last minute to get top signings like Robert Lewandowski and Raphinha eligible to play?

What is happening to Frenkie de Jong anyway?

Frenkie de Jong has ended up in an ugly mud fight with the club management. De Jong, who previously agreed to a deferred payment of 18 million euros of his salary, has been blocked by Barcelona: he must agree to a salary reduction, or he must cooperate in a lucrative transfer.

But the popular midfielder just wants to stay in Barcelona, ​​under the terms of his contract. Chairman Laporta pretends in the media that he would like to keep De Jong, but also always points to his high fee. 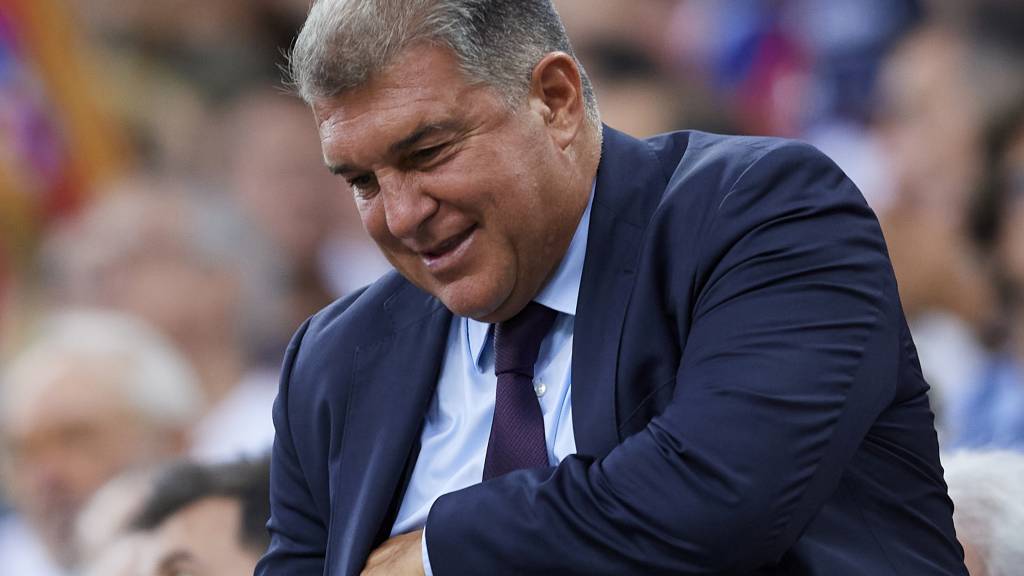 In the meantime, everything seems to be being pulled out behind the scenes to move De Jong to the exit for a hefty transfer fee, according to the latest reports to Chelsea.

For example, last week the message suddenly surfaced that the previous board would have been guilty of criminal practices in the contract extension of De Jong in October 2020. According to the sports medium The Athletic, Barcelona would have informed De Jong by letter that his contract was therefore null and void. would like to explain.

Trainer Xavi Hernández briefly discussed De Jong’s situation at the press conference on the eve of the game against Rayo Vallecano. “Frenkie is very important to me and at the moment he is part of the team,” Xavi repeated what he has been saying all the time.

“But we have to wait until the transfer market closes on August 31. We don’t know what can happen to many players until then…” 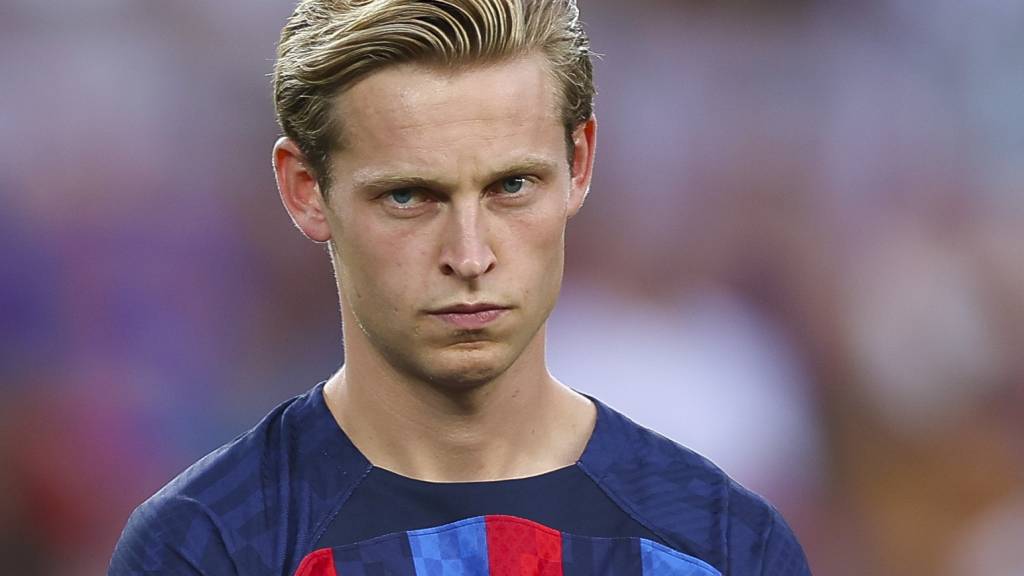 Frenkie de Jong before the exhibition game with PUMAS

The situation around De Jong keeps people busy. At the annual practice match for the Joan Gamper trophy last week, Xavi put him on the bench, but De Jong made an impression when he came in: he scored and was loudly applauded.

On Wednesday, upon arrival at the training complex, De Jong was booed by a group of fans. “Reduce your salary!”, he was bitten.

In the Netherlands, everyone looks surprised at the soap around De Jong. “They should be ashamed of themselves at Barcelona. Surely someone has to stand up for the players,” Rafael van der Vaart said in Studio Voetbal on Sunday. 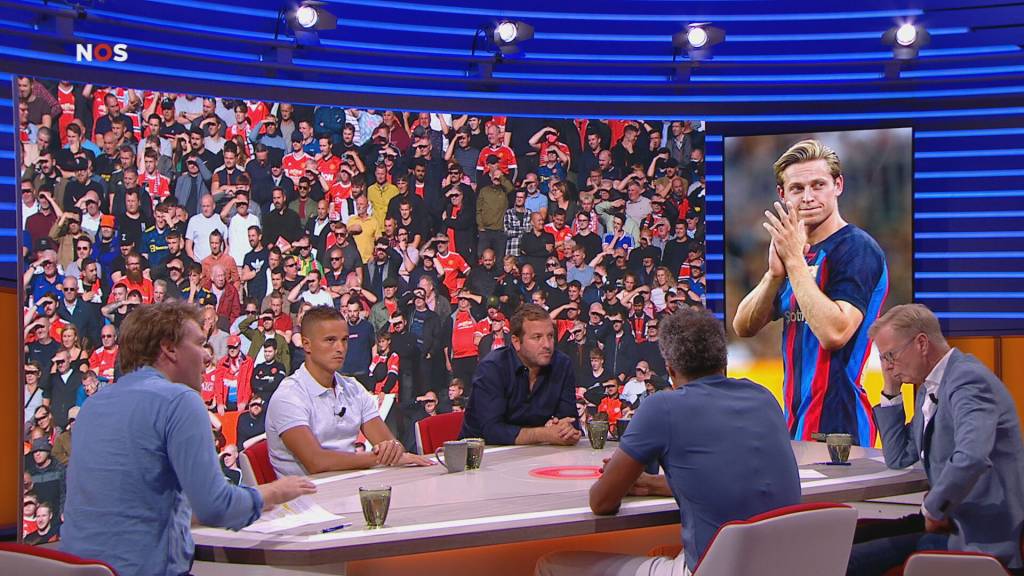 “What Barcelona is doing to Frenkie is incomprehensible, this club is completely off track”

But there is also criticism in Spain. José Félix Díaz, columnist for sports newspaper Marca, wrote this week that De Jong should consider going to court, as he is intimidated from inside and outside the club.

“De Jong, impeccable in his conduct, made the huge mistake of demanding what is in his contract. Now he is being harassed as a result of a media campaign launched or suggested by the club itself.”

How long will Depay wear the Barcelona shirt?

The days at Barcelona seem numbered for Memphis Depay. With the arrival of Lewandowski and Raphinha, the contract extension of Ousmane Dembele and the return of Ansu Fati, there seems to be little playing time ahead, although the attacker did very nicely in preparation.

He already had to say goodbye to his number 9 jersey. That shirt is now hanging on Lewandowski’s shoulders. Depay will get the legendary jersey number 14 in return, but will he wear that shirt a lot?

It seems likely that Depay will move to Serie A. According to Italian transfer guru Fabrizio Romano, Depay is in any case close to an agreement with Juventus.

Lewandowski and Raphinha eligible to play in the nick of time

Barcelona only managed to get top signings Lewandowski (45 million euros), Raphinha (58 million euros) and the transfer-free Andreas Christensen and Franck Kessié eligible to play on Friday evening, just like Dembele and Sergi Roberto whose contracts were renewed. 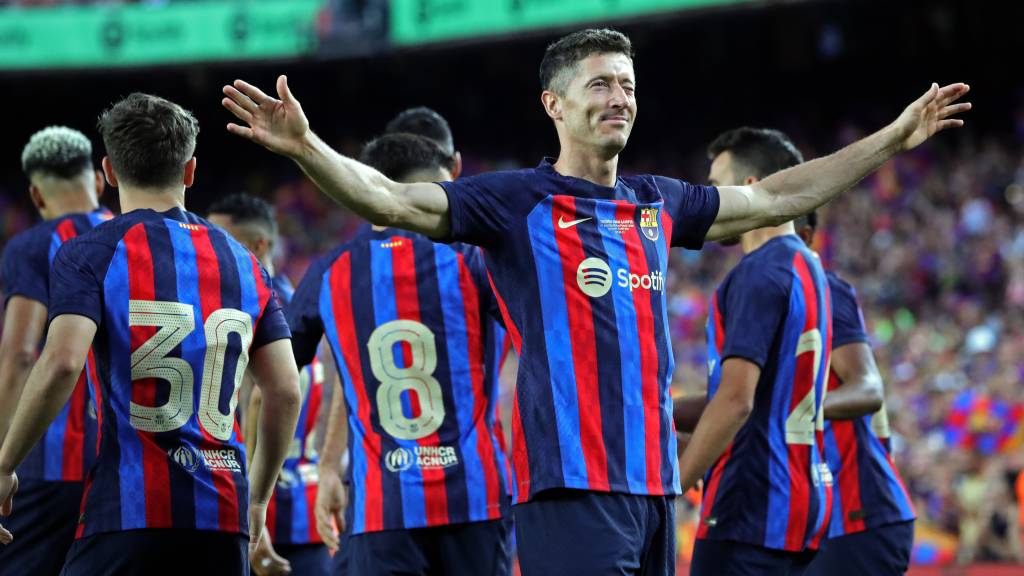 Robert Lewandowski has scored against PUMAS

It was striking in itself that the Catalans, in the midst of a financial mess, were able to spend 153 million euros in the transfer market. But in order to play, the players had to be registered with La Liga and for that Barça had to comply with the Financial Fair Play rules. And that only happened late Friday night.

For the fifth acquisition, Jules Koundé (50 million euros), there was no green light from La Liga. The French defender who came over from Sevilla is therefore not allowed to play for the Catalans for the time being. The Spanish club will first have to sell a player to also be able to field the Frenchman.

Race against the clock

On Friday, a day before the start of the competition, Barcelona sold a 24.5 percent share in its own audiovisual studio to production company Orpheus Media in its race against time, in order to rake in another 100 million euros. Not to mention President Joan Laporta’s first multi-million dollar deal this summer in his bid to meet La Liga’s financial demands.

The documentation of the latest transaction was sent to La Liga on Friday, which should show what room Barcelona has to register players. The Madrid agreement prevented an extremely painful situation for Lewandowski & co.