Udyr, one of League of Legends oldest champions, has finally been renewed. The League of Legends players decided two years ago that Udyr deserved the next visual gameplay update. There was quite a bit in between before we can play the final result. According to Lexi Gao, product lead at Riot Games, Udyr’s rework was above all “a massive project that took a long time.”

Udyr was in an interesting place in the game before the rework. Where new characters got more and more unique and over the top abilities and playstyles, Udyr was left as a normal guy running around and dealing a few punches. We spoke to the developers behind Udyr: Lexi Gao, Dana Shaw, Justin Albers and Stash Chelluck. We discussed how they adapted such an old character for a modern game and what their purpose was for this rework.

Simple, but not easy

Ultimately, the goal of Riot was to keep the unique gameplay and simple role that Udyr currently has, but they had to modernize it. “Udyr has a unique place in League of Legends,” said Stash Chelluck, game designer for Udyr. “He’s a simple champion with a lot of flexibility. That simplicity doesn’t mean that Udyr is easy. He’s different from most champions. You don’t have to have supernatural reflexes or be able to aim well, you have to think strategically.”

“That simplicity is especially important for our older players,” added Gao. “Older players are already fans of the current Udyr and we don’t want to disappoint them by taking away that style of play.”

Riot eventually decided to keep Udyr’s old abilities. Udyr’s old abilities were four modes that gave him a special auto attack, such as a stun or an AOE attack. Many of those positions have remained about the same. You still have a physical damage, magic damage, resistance and CC stats. The biggest difference is in Udyr’s passive. He can now temporarily upgrade one of his modes every few seconds. For example, his CC stance gains an immunity to enemy CC and his physical damage stance gains an AOE attack.

According to Chelluck, this adjustment was mainly necessary to give him unique and powerful moments, which are very important in the current version of the game. “The old positions lacked something unique and we have tried to improve that. After more than a year of work, we have made it a lot stronger. You will notice that he always has a trick up his sleeve for every situation.”

The gameplay of Udyr has mainly remained the same, but as you may already see, the design of Udyr has changed a lot. According to Dana Shaw, narrative designer for Udyr, and Justin Albers, art designer for Udyr, they have retained many of his original concepts. “The older stories we wrote for Udyr are still canon,” Shaw said. “We kept the old concept of a powerful spiritwalker, but it has been completely renewed. We thought it was especially important to give him more connections with the Freljord region where he originally comes from. You didn’t see that in the first concept at all .” 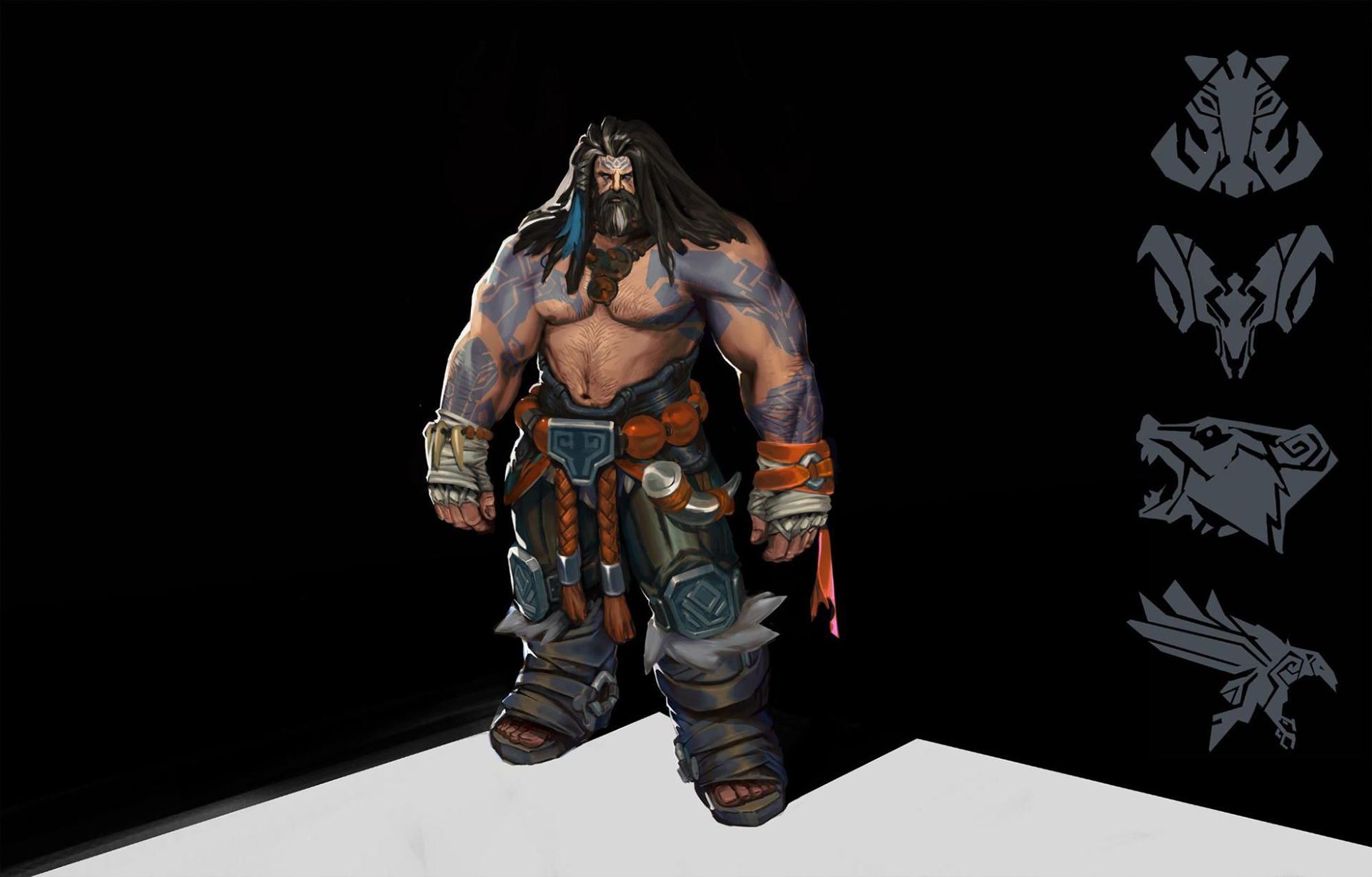 Riot has managed to incorporate this connection with the Freljord region in the new design in various ways. “We wanted his physique to really reflect the harsh climate and harsh winters of the region. We made it so that he’s very strong and muscular, but not quite toned. It’s a physique you often see in Strongmen. We want to add multiple physiques to our game anyway and this seemed like a perfect opportunity, and you can also see that region in his clothing and his new abilities.”

The bear, the boar, the ram and the phoenix

Previously, Udyr had a tiger, turtle, bear and phoenix booth. Those stands have remained the same on a gameplay level. They have adapted the animals on which the positions are based. The tiger is now the Thunder Bear, the turtle is the Iron Boar, the bear is the Fire Ram and the phoenix is ​​now the Cryophoenix. League of Legends fans will instantly recognize Volibear, Ornn and Anivia in these new animals. “We thought it was important to pick these new animals so you can see that Udyr really comes from the Freljord,” Shaw said.

They also incorporated these new animals into Udyr’s clothing. “You can see the new spirits in his design,” said Albers. “You can see the Fire Ram in his belt and in his hair you can find the Cryophoenix. If you are a fan of the older animals, there are still options for you. In the renewed Spirit Shaman skin you can see the old turtle and tiger yet to find.” 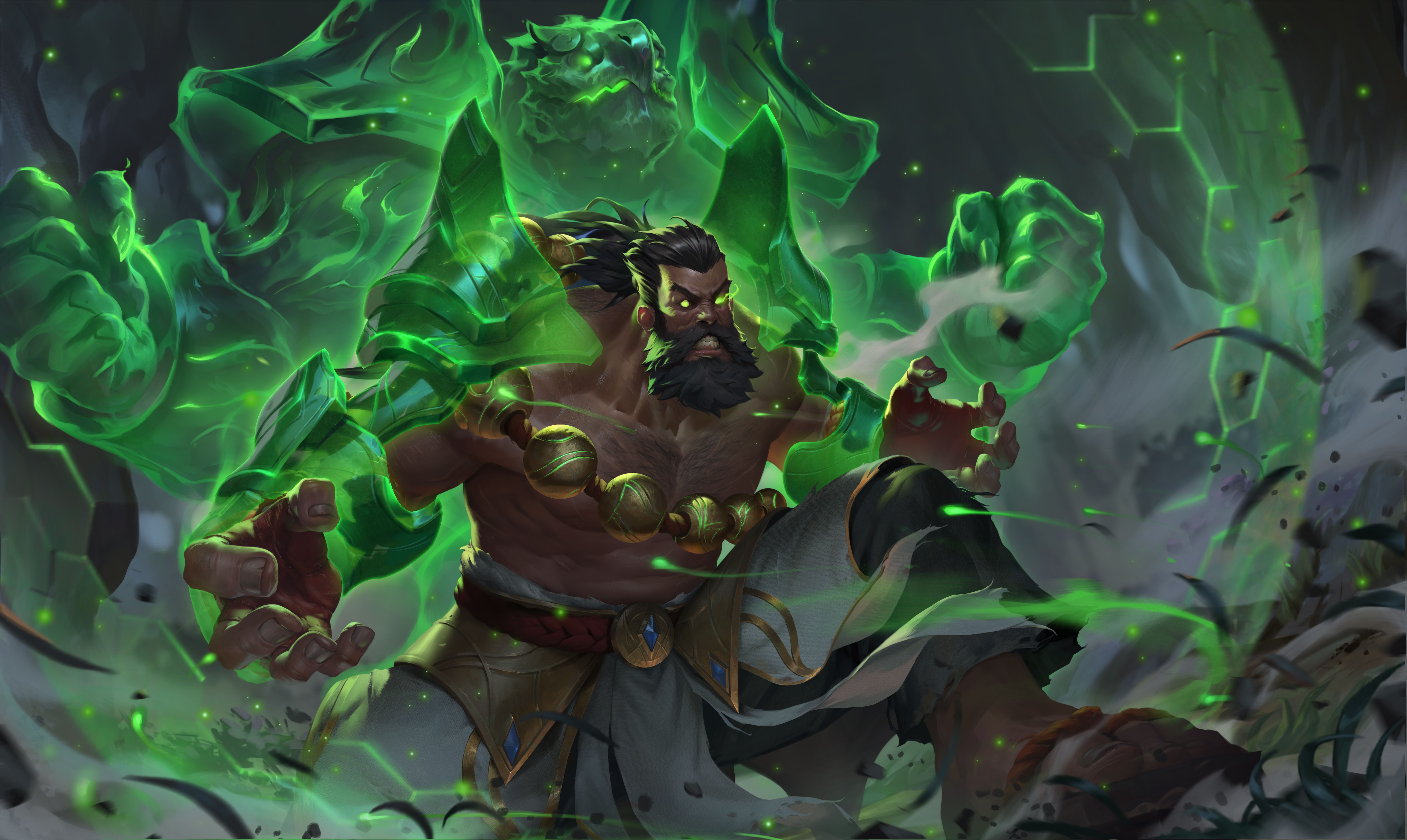 With the Udyr rework, Riot has tried to renew a thirteen-year-old champion, while keeping what the fans loved. You can decide for yourself whether they succeeded. Udyr will be released on the PBE today and August 23 he should come to the live servers.