In the Drôme, 378 hectares burned, the fire “still not fixed” 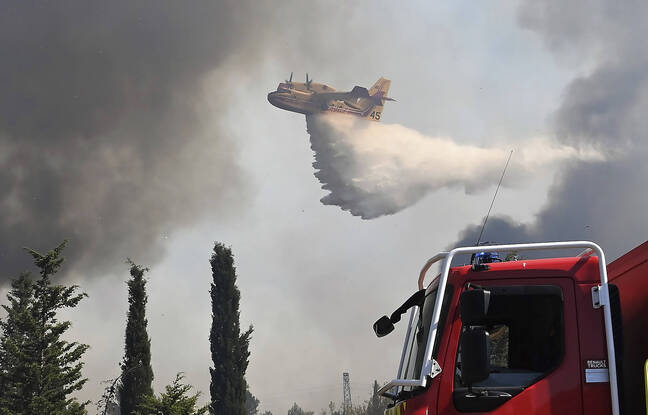 The forest and vegetation fire that broke out on August 5 in the Drôme was “still not fixed” on Saturday and the burned area now reaches 378 hectares, firefighters told AFP.

Caused by lightning and located on the Diois massif depending on the municipality of Romeyer, the fire “continues to develop, slowly but always, as it progresses on inaccessible massifs. The fixing turns out to be complex and is disturbed by resumptions of fire, ”declared to AFP a member of the fire command post (PC) of the Drôme firefighters.

No injuries or evacuation

The resumption of fire continued in the northern sector of the fire. “We are in the middle of the massif, we are trying to preserve the Vercors natural park and the national forest but there are no other issues, no evacuation and no injuries to report today (Saturday)”, a he however reassured.

The “few drops” insufficient to put out the fire

Monday evening, a Gard firefighter who came as reinforcements was burned in the face. Two other firefighters, one from Gard as well as a Drômois, inhaled smoke. “All three were able to leave the hospital” on Tuesday, assured the prefect of Drôme in a press release Tuesday evening.

“A few drops” fell on the south of the department on Saturday but “the accumulation in millimeters may not have an impact on the fire”, because they were “weak”, added the firefighter.

The interventions of aerial means (Pelikan and heavy water bomber helicopter (HBE) “made it possible to limit the progression” of the fire, for his part specified the prefect of Drôme in a press release on Saturday evening.