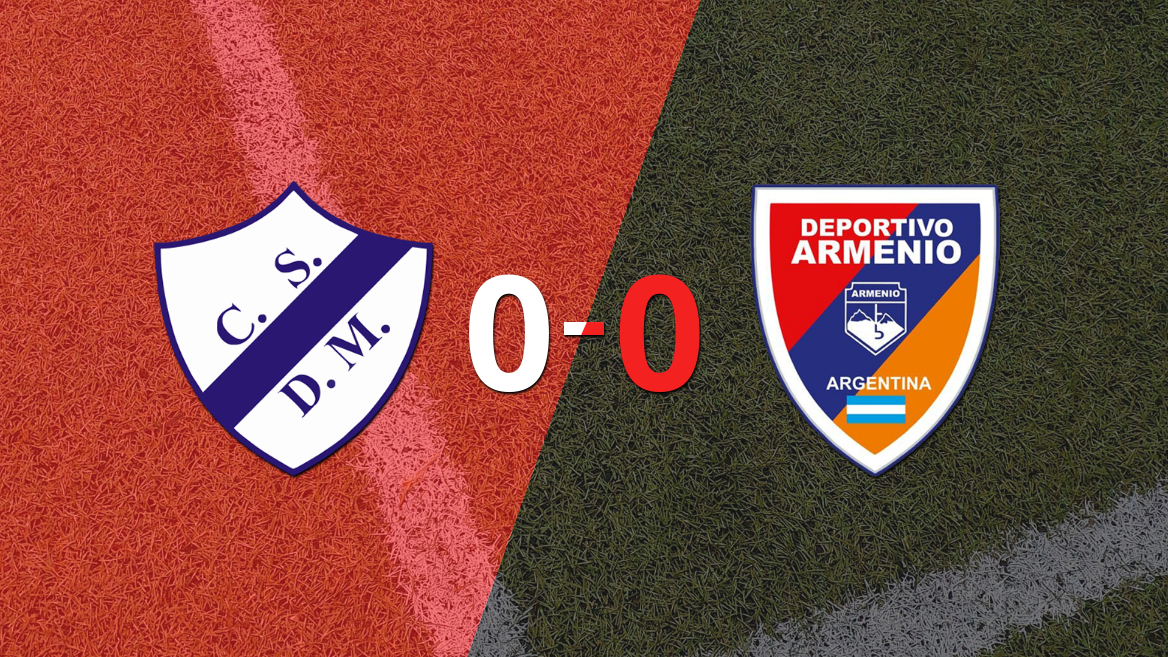 Dep. Merlo and Armenio failed to open the scoring in the match corresponding to date 10, played this Saturday at the José Manuel Moreno stadium.

The figure of the meeting was Franco Colela. Dep. Merlo’s defender was important.

Another of the key players at the José Manuel Moreno stadium was Lautaro Petruchi. The Dep. Armenian goalkeeper had a great performance against Dep. Merlo.

For their part, those led by Mario Gómez stood with a 3-5-2 strategy with Lautaro Petruchi under the three sticks; Ian Pérez, Fabricio López and César Leguizamón Arce in defense; Juan Pablo Salomoni, Nahuel Sica, Diego Nakache, Nicolás Sánchez and Luis Olmedo in midfield; and Pio Bonacci and Matías Linas up front.

The designated referee for the match was Lucas Di Bastiano.

Dep. Merlo will visit Dock Sud on the next day, while Armenio will host Colegiales at the Armenia stadium.