Convincing 4-2 of Herediano over Sporting FC 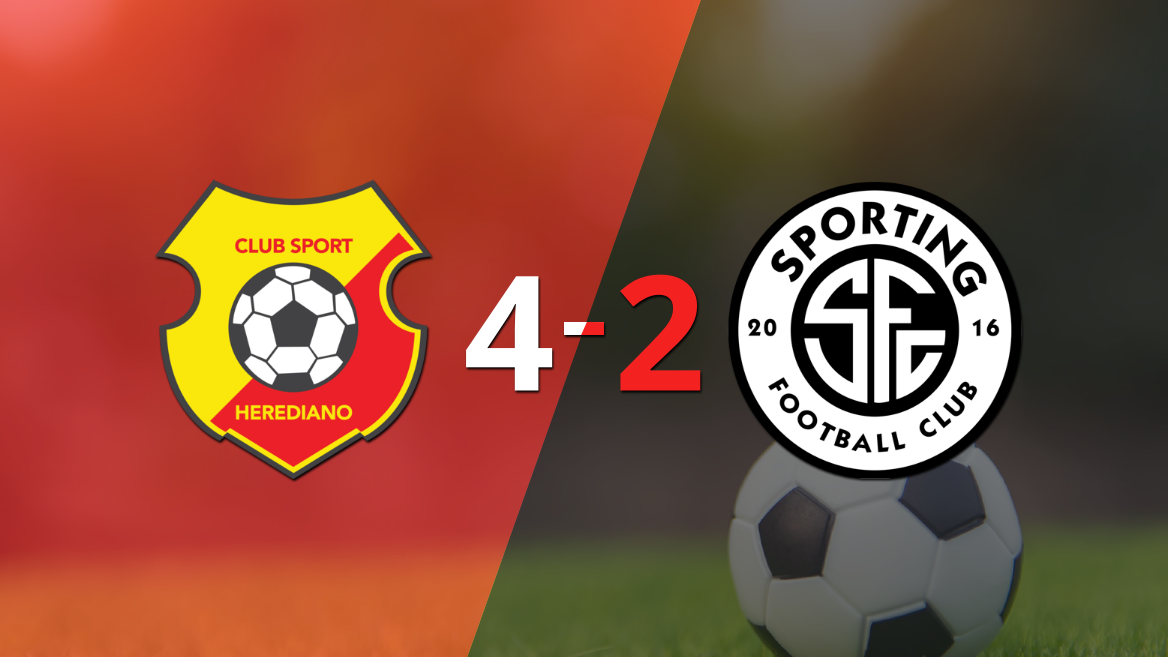 A great play by Herediano, 48 minutes into the second half, was the one that moved the scoreboard thanks to Kenneth Vargas. With a cross from Luis Franco, the striker connected with the ball in the large area and entered the back of the opponent’s goal.

The best player of the match was Rawy Rodríguez. The Herediano defender had a good level scoring 1 goal and clearing 6 dangerous balls.

Anthony Contreras also stood out at the Colleya Fonseca stadium. Herediano’s attacker scored 1 goal and shot at the opposite goal 3 times.

The match was cut short due to the number of fouls committed by both teams. There were a large number of cautioned: José Mora, Jaikel Medina, Juan Diego Madrigal, Joaquín Aguirre, Randall Azofeifa, Arturo Campos, Hernán Medford, Anthony López and Kenneth Vargas. Roy Miller was sent off for a direct red card (37′, 1T) and Jaikel Medina for a double yellow card (36′, 2T).

For its part, José Giacone’s team took the field with a 4-4-2 scheme with Luis Torres under the three sticks; Juan Diego Madrigal, Dennis Castillo, Roy Miller and Christopher Meneses on defense; José Mora, Joaquín Aguirre, Randall Azofeifa and Harry Rojas at midfield; and Bryan Vega and Brian Martínez up front.

Referee Steven Madrigal Fallas was in charge of supervising the game at the Colleya Fonseca stadium.

On the following date, Herediano will face Santos as a visitor, while Sporting FC will play at home against Guadalupe FC.