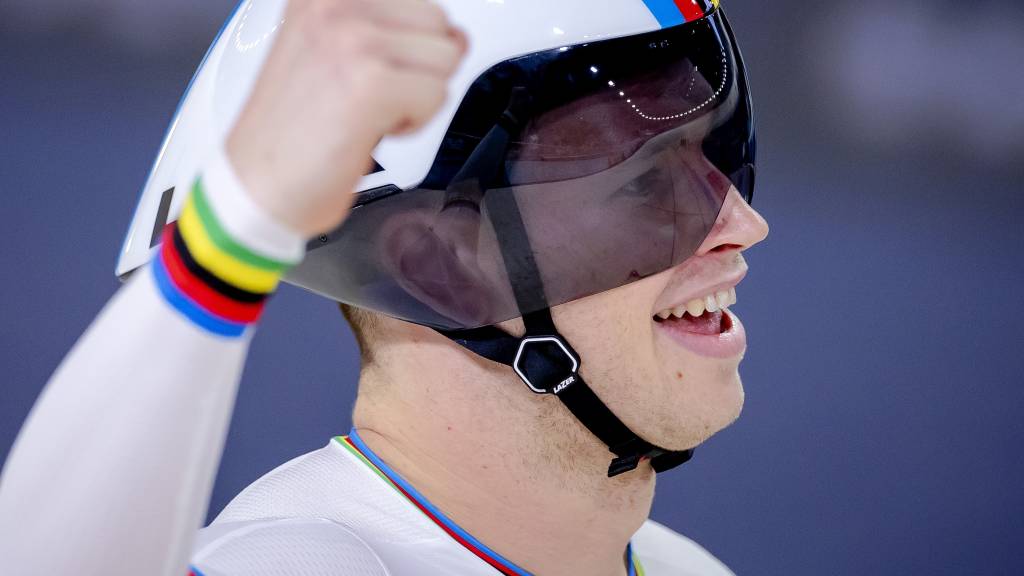 Everything was different, from the length of the track to the resistance mounted on the three slender carbon bicycles. And at the same time in Munich, during the European final in the team sprint, everything turned out to be old and familiar for the three fastest track cyclists in the world.

Roy van den Berg, Harrie Lavreysen and Jeffrey Hoogland are not the men to blow high from the tower. And so there were frowns within the Troika when the latter, a professional finisher, suddenly boasted why he had traveled to the south of Germany earlier this week.

The theme for the damned European Championship on the ‘little job’, the pop-up slope of just 200 meters in hall 2 of the Neue Messe in Munich? “Take a jersey and go home”, said Hoogland prior to the tournament.

Although the two know each other like oats, that bold statement made even his mate Lavreysen look surprised. The truth commanded him to confess, after indeed putting on the white jersey with the European flag over his rainbow jersey.

Chuckling: “Of course it was a bit manly.” 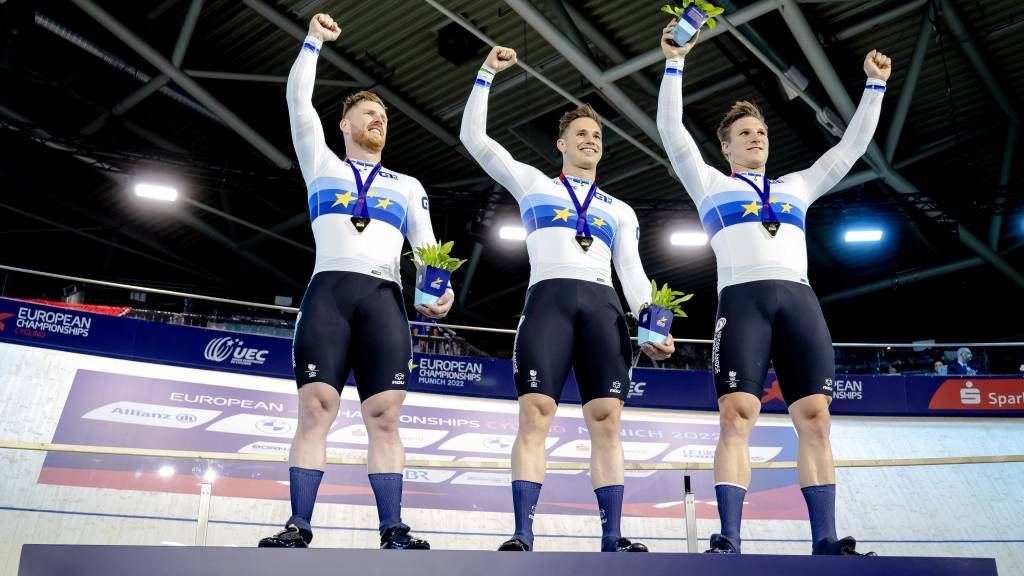 Splendid speech and realism merged seamlessly with that one comment from the 29-year-old Hoogland. In Munich he won an international team sprint for the twentieth time in his career. Lavreysen, four years younger, has to settle for three fewer victories.

The result of the final clarified what Hoogland meant by his words. It says everything about the relationships in European track cycling. The Netherlands had a time of 34,639, France could only set 35,516.

“It’s a shame that times are not kept on tracks of 200 meters,” Lavreysen said. “If that were the case, then this time will be up for a while.”

Was this a perfect race for such a track? “Um, yes, I’d like to say that. Although I think it can always be a little better.”

That last comment says everything about Lavreysen’s attitude. Won everything there is to win, but still as hungry as when he made his appearance on the slopes in 2016. 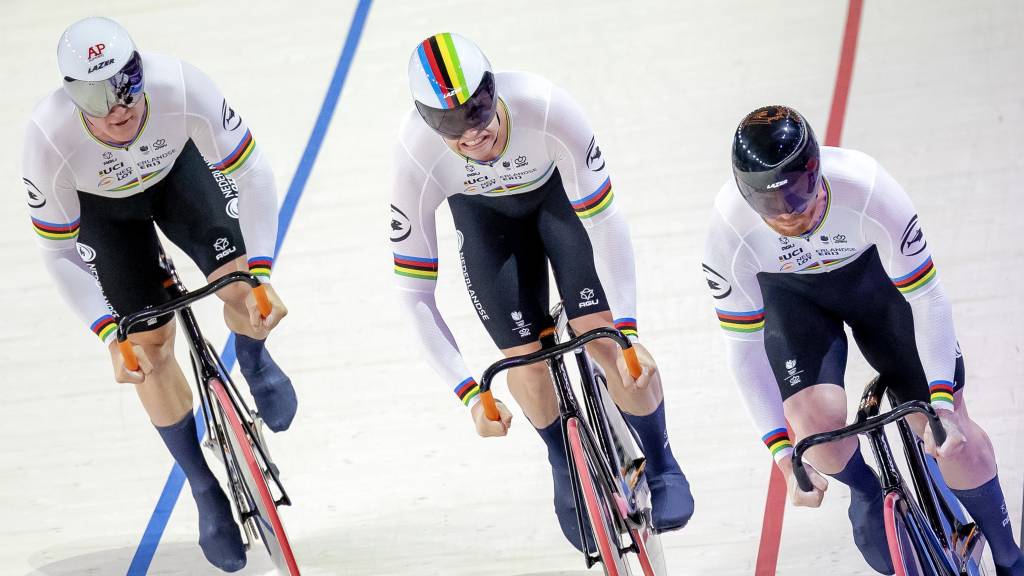 The Dutch team sprinters in Munich

Someday, he thought after he was crowned Olympic sprint champion in Tokyo at the expense of Hoogland last year, there must come a time when a feeling arises that indicates some form of satiety. However, perhaps a little to his own surprise, this did not materialise.

“I still feel young and I want to continue for a long time. There are still so many things to improve. The hunger to win is just as strong as when I started six years ago.”

Actually, it sounded like everything has remained the same. At most, his status among the pistiers has changed. “Based on my performance, people can look up to me. Of course that does something to you. But I mainly want to remain myself.” 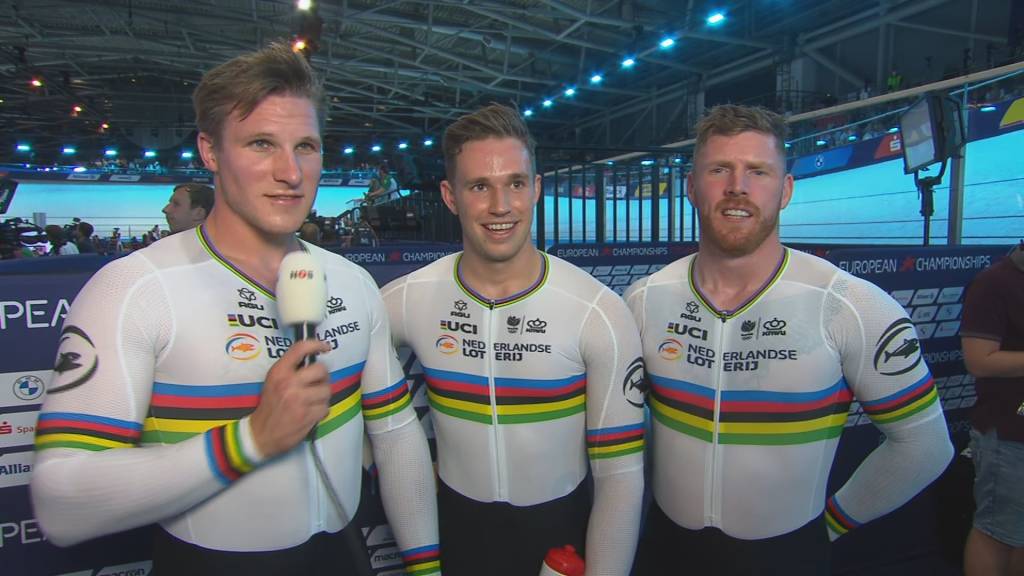 Golden team sprinters: ‘When we ride together, you feel the energy’

Challenges abound in the life of the checkered winner Lavreysen. The much-discussed tournament in Munich was one such moment when he stimulated himself. He dropped the individual numbers in Bavaria because the tournament was not held on a track with the usual length of 250 meters. Driving on a track that – exaggeratedly – is almost completely round, was too much danger, especially in the sprint, was the verdict.

“Actually, it also has something to adapt to yourself. It is different than usual and so you just have to manage. That is also nice in a way.”

The three cycling champions went ‘about fifteen times’ to the Velodrome on the Amsterdam Sloterweg, where there is also a 200-meter track, especially to get used to the short straights. There it was decided to make a rigorous adjustment to the bicycles.

“During the Tokyo Olympics, we drove with a gear of 62×15, here we mounted 59×15,” Lavreysen clarified. And that took some getting used to, especially at the start. “With a front blade of three teeth less you make faster revolutions. You have to physically adjust to that when you get yourself going.” 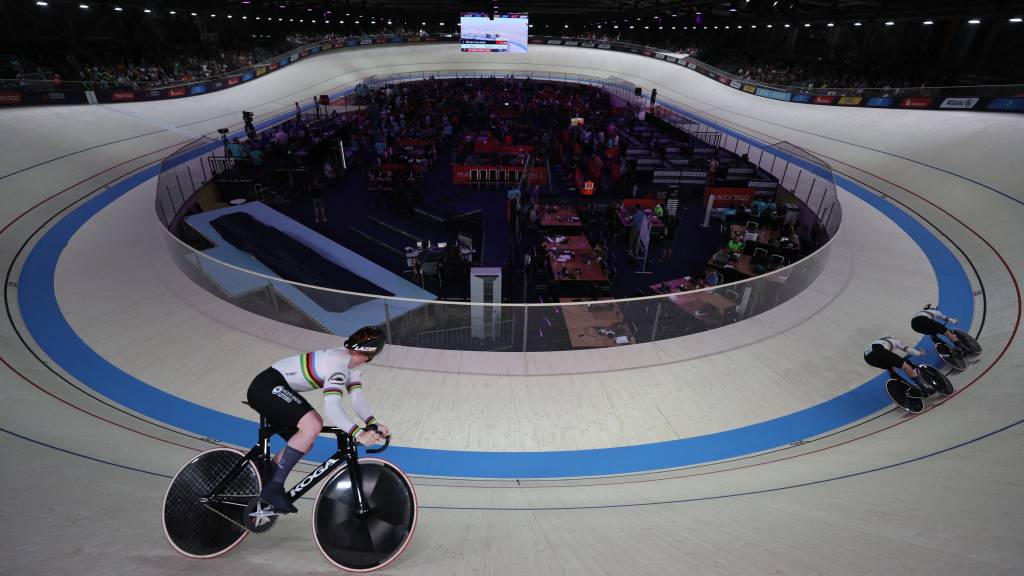 Lavreysen during the team sprint

Improvising did not alter the fact that the Dutch troika again had no measure. The teamwork approached perfection. The key question in Munich: what did this force majeure mean in view of the world championships in early October in Saint Quentin-en-Yvelines, France, on the track where the battle for undying Olympic glory will be in two years’ time?

The Van den Berg-Lavreysen-Hoogland trio triumphed for the tenth time at an international tournament, even if it was the first time this year that this composition was ridden. According to second driver Lavreysen, that says nothing about the chances of the World Cup. 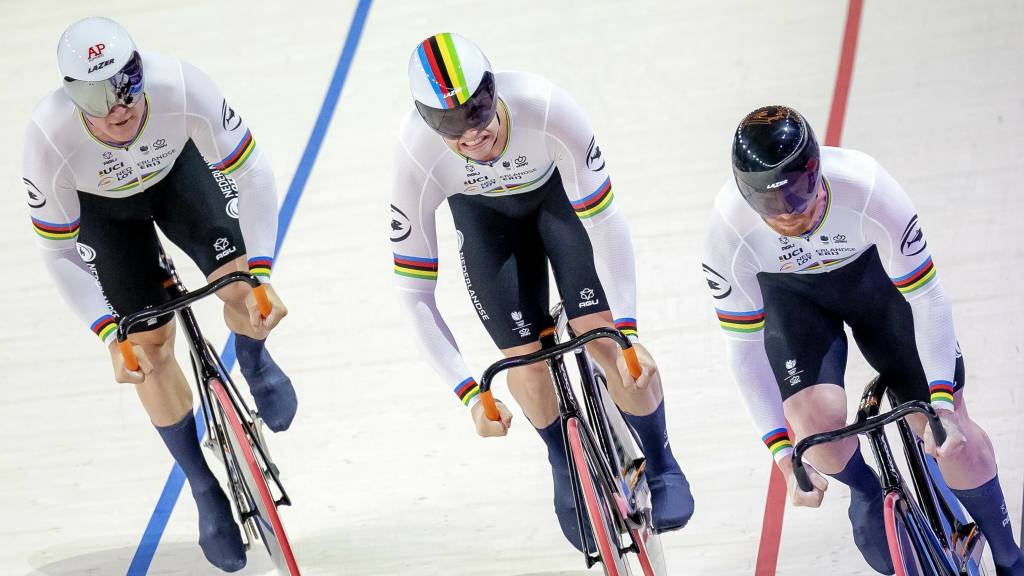 Lavreysen, who had slowed down a bit after Tokyo, gave his eyes a good run in the post-Olympic year. On the basis of the results, he could not avoid the impression that the competition has started the hunt for the Dutch trio.

“It feels good to know that the opponents are coming. At least then we know what we are training for again. After Tokyo, we took it easy for a year and have to do everything again to remain the best in the world Although it is very nice to see that we are still very far ahead of the competition.”