��Blocks and burning of public transport units are recorded simultaneously in Ensenada, Mexicali and Tijuana, in Baja California. pic.twitter.com/kMYPApbFK7

unofficially, From the Secretary of Security and Citizen Protection, violent incidents were confirmed throughout the entity. According to the description of witnesses, it is about groups of armed men, who threaten the drivers of the vehicles, force them to get off together with the users and then throw gasoline and set them on fire.

Through Twitter, Governor María del Pilar confirmed the violent acts and reported that there are people detained for them; also, she made a call to remain calm 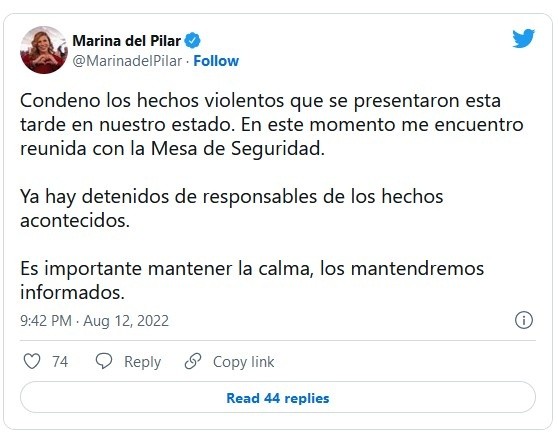