Van Dijk and Haller in race for Golden Ball, Messi not nominated | NOW 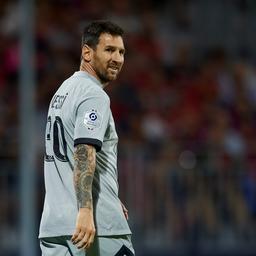 Virgil van Dijk and Sébastien Haller are on the list of nominees for the Golden Ball, the most prestigious individual award in football. Seven-time winner Lionel Messi is missing from the list of candidates, for the first time since 2005.

Haller switched from Ajax to Borussia Dortmund this summer. Last month he heard during a training camp that a tumor had been discovered in his testicle. This turned out to be malignant, forcing Haller to undergo chemotherapy.

The big favorite for the Golden Ball is Karim Benzema, who won the Champions League and the Spanish title with Real Madrid. In the ball of millions, the Frenchman recorded no fewer than fifteen hits.