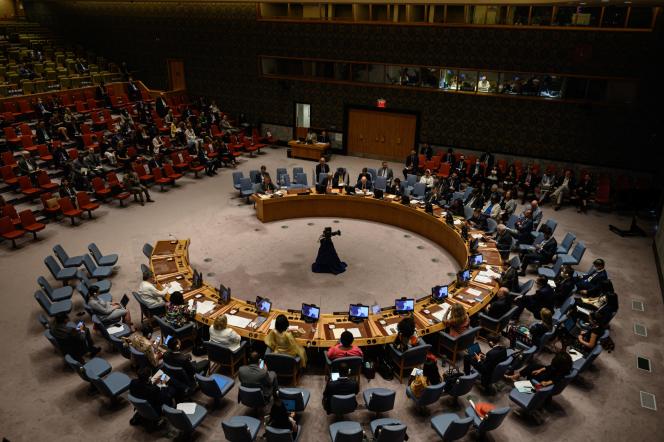 The director general of the International Atomic Energy Agency (IAEA), Rafael Grossi, demanded, on Thursday August 11, before the United Nations Organization (UN), access to the Zaporijia nuclear power plant, in the southern Ukraine.

“The situation is serious and the IAEA must be authorized to carry out its mission in Zaporizhia as quickly as possible”, declared Rafael Grossi, speaking on video during this emergency meeting of the Security Council. “Time is running out,” he insisted, as the IAEA has been trying for weeks to send a mission to inspect the plant.

The site of the Zaporizhia power plant, the largest in Europe, under Russian control since the beginning of March, was again bombed on Thursday, kyiv and Moscow accusing each other once again of being responsible for it. A strike near a nuclear reactor at the end of the day damaged several radiation sensors, according to the Ukrainian operator Energoatom.

Read also: Article reserved for our subscribers War in Ukraine: intimidation and blackmail around the Zaporizhia nuclear power plant

“The situation is getting worse, radioactive substances are located nearby and several radiation sensors have been damaged,” writes Energoatom on Telegram. The strikes “damaged the sewage pumping station. Significant smoke is emerging nearby,” continues the Ukrainian state company.

Earlier, Energoatom and Vladimir M. Rogov, a pro-Russian official member of the administration installed by Moscow in this occupied region of southern Ukraine, had mentioned five strikes near a deposit of radioactive substances, each placing the blame on the enemy government.

“Together we can stop a terrorist state”

According to Evgueni Balitski, head of this Russian civil and military administration, “several tons” of radioactive waste are stored on the site, and a strike on this deposit “would make the whole territory unfit for life”. He also claimed that the smoke rising near the site, visible on videos circulating on social networks, came from a fire which broke out in a field after the rupture of a power line.

The situation in Zaporizhia arouses the concern of the international community. Ukraine’s allies, emphasizing the need for the IAEA mission, pointed to Russian responsibility before the Security Council. “The solution for what is happening in Zaporizhia is simple. The United States calls on the Russian Federation to immediately withdraw its forces from Ukrainian territory,” said Bonnie Jenkins, US Under Secretary of State for Disarmament.

Unsurprisingly, the Russian ambassador, Vassily Nebenzia, has himself blamed kyiv and its allies. “We call on the states supporting the kyiv regime to (…) force it to put an end once and for all to the attacks against the Zaporizhia power plant”, and the UN and the IAEA to tell the Ukrainian authorities that their actions are “unacceptable,” he said.

“The true scale of a nuclear disaster at the plant is hard to imagine. The entire responsibility would rest with kyiv’s Western supporters,” insisted the Russian ambassador, describing the accusations against Moscow as “surreal”, “cynical and absurd”.

Read also: Article reserved for our subscribers War in Ukraine: intimidation and blackmail around the Zaporizhia nuclear power plant

“The Russians are well known for their elaborate schemes of deception, sabotage and cover-up, like the one we see today,” replied Ukrainian Ambassador to the UN Sergiy Kyslytsya. “None of us can stop the wind carrying the radiation, but together we can stop a terrorist state. And the sooner we stop Russia, the sooner Europe and the world will feel safe again,” he added.

Call for the establishment of a demilitarized zone

The site of the Zaporijia power plant, the largest in Europe, has been under Russian control since the beginning of March 2022. ALEXANDER ERMOCHENKO / REUTERS

While Russia has accused the UN services of having prevented the IAEA mission, the spokesman for Secretary General Antonio Guterres again dismissed this idea on Thursday. “This is a nuclear power plant in the middle of a battlefield. I think we can imagine at least two or three pages of obstacles,” noted Stéphane Dujarric.

Read also: With the war in Ukraine, the mayor of Nagasaki believes that the nuclear threat remains relevant

To guarantee the security of the site and allow an inspection mission, Antonio Guterres and the United States called on Thursday for the establishment of a demilitarized zone around the plant. “Unfortunately, instead of a de-escalation, even more disturbing incidents have been reported in recent days, incidents which, if continued, could lead to a catastrophe,” Antonio Guterres said in a statement.

“The whole world must react immediately to drive out the occupants of the Zaporizhia power plant”, for his part hammered the Ukrainian President, Volodymyr Zelensky, in his daily video message. “Only the total withdrawal of the Russians and the resumption of full control of Ukraine over the plant would guarantee nuclear security for all of Europe”, he continued, denouncing “Russian nuclear blackmail”.