This Thursday, August 11, the admission lists of the University of Guadalajara (UdeG) for high schools and bachelor’s degrees of the 2022-B calendar went online.

This year 18,831 students out of a total of 51,602 applicants were admitted to the undergraduate systemwhich represented 36.49% absorption of the demand. 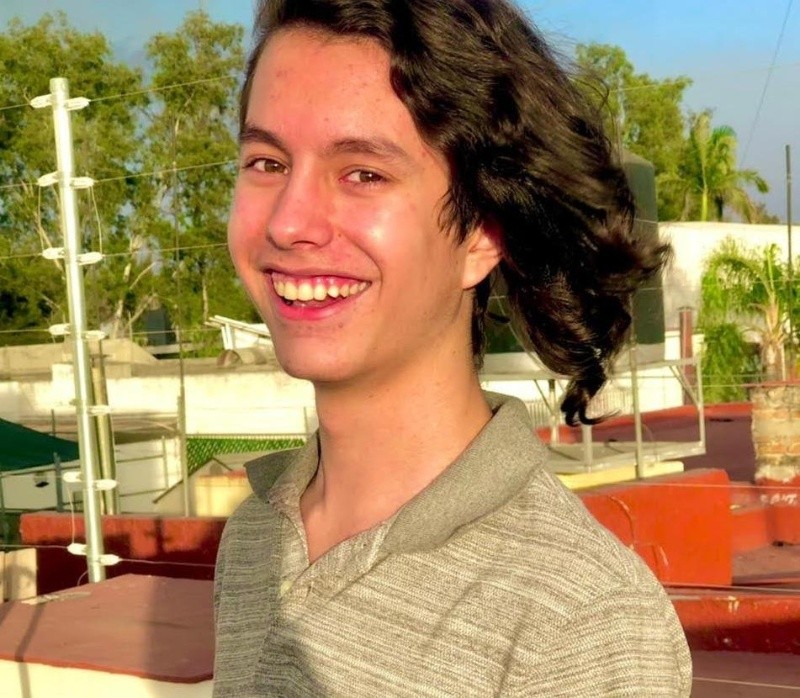 Abraham Portillo Moreno obtained a score of 186.5 to enter Medicine, where they requested 181 points. SPECIAL

Get a score to spare

Abraham Portillo Moreno is one of the lucky students who managed to enter the Medicine career at the University of Guadalajara, by the way the most demanded.

this student had a score of 186.5 one of the highest (the minimum to enter Medicine was 181), but to achieve this, it was prepared since February. In the math section she got a perfect score.

“I think it was all because of the effort I had, I spent it working like since February, I took courses to have a better average in the exams and in the end it showed,” explained Portillo, who studied high school at Colegio Guadalajara .

The admission process for Abraham was stressful, because there are many people who aspire to enter this career and the exam was not so easy.

“It was very exhausting because it was checking emails, what else is the UdeG asking of you and at least for me with the courses were also exhausting and studying for the exam more still because I was still in high school it was very exhaustive, but in the end with good results”, he explained.

This student, who will enter the Faculty of Medicine, explained that he chose that career because he likes contact with people.

“I recommend that if you want to go to the UdeG and apply for the exam they must have self-control and start studying, that they see it as an opportunity for the future instead of being on the cell phone or watching TikToks”, he concluded.

Get into Interior Design

Marissa Gallardo made arrangements to enter the Interior Design and Setting career at the University Center for Art, Architecture and Design (CUAAD), of the University of Guadalajara.

He explained that the procedure was quite interesting because the process is easy.

“When it comes to taking the exam, it’s complicated, the exam really wasn’t difficult, but the pressure is what makes it difficult,” explained Gallardo, who studied at Colegio Guadalajara.

“I hardly made it to the exam and when I got I had to run to do it and when I entered no one could enterthe demand and the demand for time that it has is something that surprised me a lot,” added Marissa, who lives in Zapopan.

There were 600 applicants to enter the race and there was only room for 60 students.

Liha Rodríguez was admitted to study Biomedical Engineering at the University of Guadalajara, in Tlajomulco.

“I like the career because I wanted something that had to do with medicine, but not totally medicine as combined with mathematics,” he explained.

For Liha, the process was simple, but what caught her attention the most were the waiting times to see the results.

“I felt that the deadlines were very long, then the exam and then you have to wait for the results,” he said.

He remembered that in order to get good results in the exam He had to take a course and took private lessons.

He was left out by three points

Azul Camila, who enrolled in the high school in Tonalá, Jalisco, He shared that for only three points he did not reach the minimum qualification to enter the UdeG.

That’s why he went to the rectory to see if he could fix his situation.

Azul Camila was accompanied by her mother, who also regretted the situation since her daughter will miss a school year.

You are missing a document

Andrea Elizabeth was missing a document and that is why she was not admitted to the architecture degree, despite the fact that it did appear in the opinion and had the required score.

“I missed uploading the documents to the platform, she did get the opinion, in fact she brings the score, but since I uploaded the wrong secondary paper instead of the high school one they did not accept her, they sent her an email but she was hospitalized”, explained María Elena mother of Andrea Elizabeth.

Today they went to the rectory of the University of Guadalajara, but they told him that nothing could be done because the system was already closed.

Without completing the process

Paola Jaqueline is another student who took her exam but was not admitted to Prepa 18, located in Hacienda Cedros in Balcones de Oblatos.

“I just did the exam, but we no longer knew what grade I got,” he explained.

The young woman was also accompanied by her mother, but she could not resolve anything.

“I didn’t go to high school, they told me to come here directly and the lady told me no, that until February I had to do the process again,” he explained.

His mother explained that they did not deliver the missing documents that they asked for and perhaps that is why he did not appear on the lists.