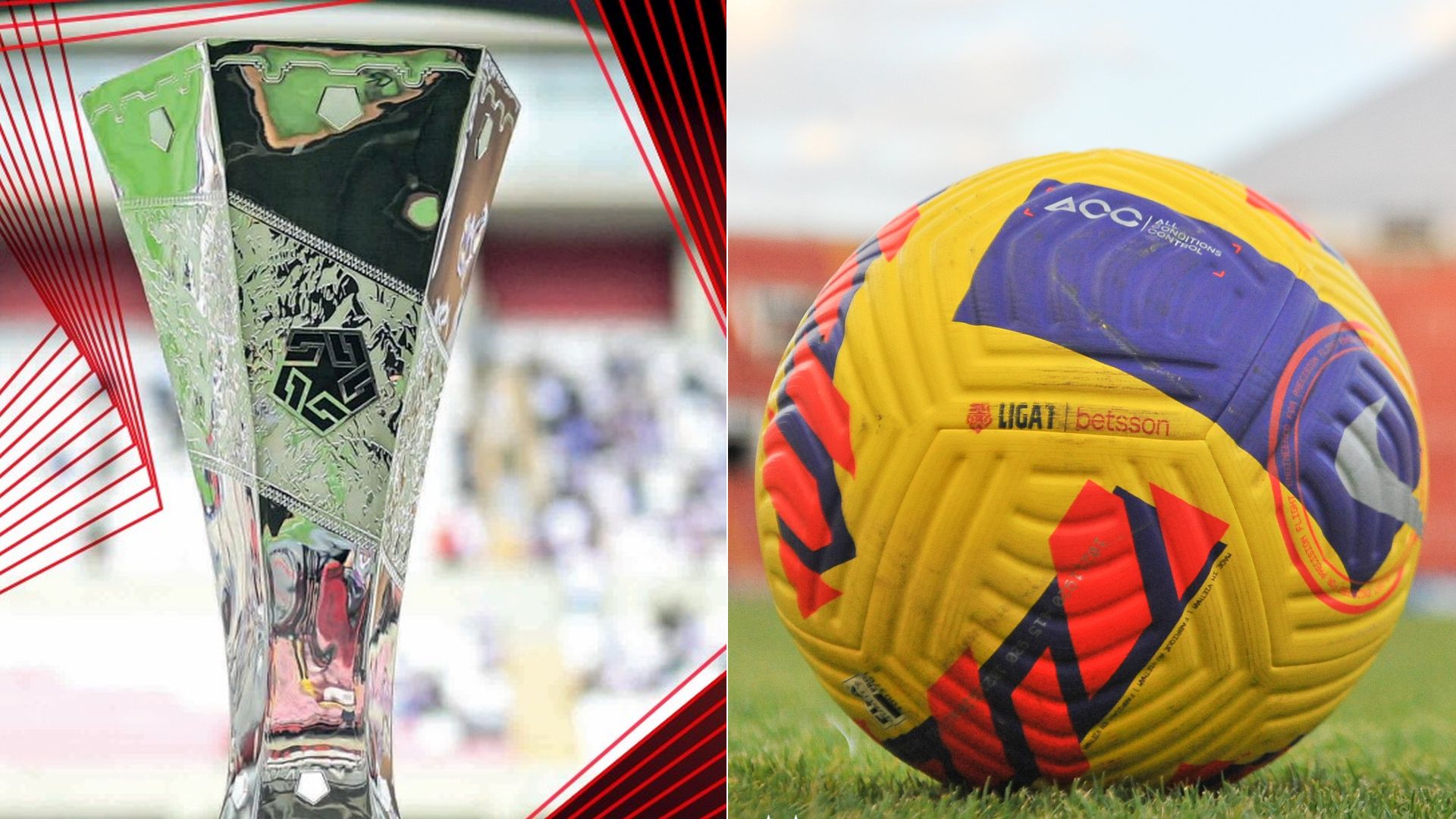 The Peruvian Football Federation (FPF) gave details of the bidding process for the television rights corresponding to the First Division, League 1.

The FPF through a statement reported that the Commission for the Adjudication of Television Rights (CADT) executed and completed the process that was carried out in Chile that began in 2021 with the participation and advice of the investment bank Landmark and the holding company Grupo Prisma .

The highest body of Peruvian soccer confirmed that it disappointed the offers of the aforementioned tender and it will take effect from 2023.

“It is an unprecedented event for Peruvian soccer, which will allow us to continue valuing our most important club competition locally and internationally,” the FPF quoted in the statement released through its social networks and the institutional portal.

The FPF document indicates that the company 1190 Sports offered an offer that it described as “interesting” to be awarded the television rights of League 1.

“(…) 1190 Sports, a global company, based in Miami, dedicated to the management and commercialization of sports rights -broadcasting, image and advertising-, and which has the financial backing of 777 Partners, a private investment company focused on in high-growth segments, including sports, media and entertainment.

The FPF informed that the company manages the transmission rights of the Argentine Professional League, the Series A (Brasileirao) and B (promotion) of Brazil and the Chilean national team.

The FPF and the CADT informed that the offer of 1190 Sports will go through an “evaluation” process and that the final decision regarding the award of the TV rights of the First Division of Peru will be communicated. 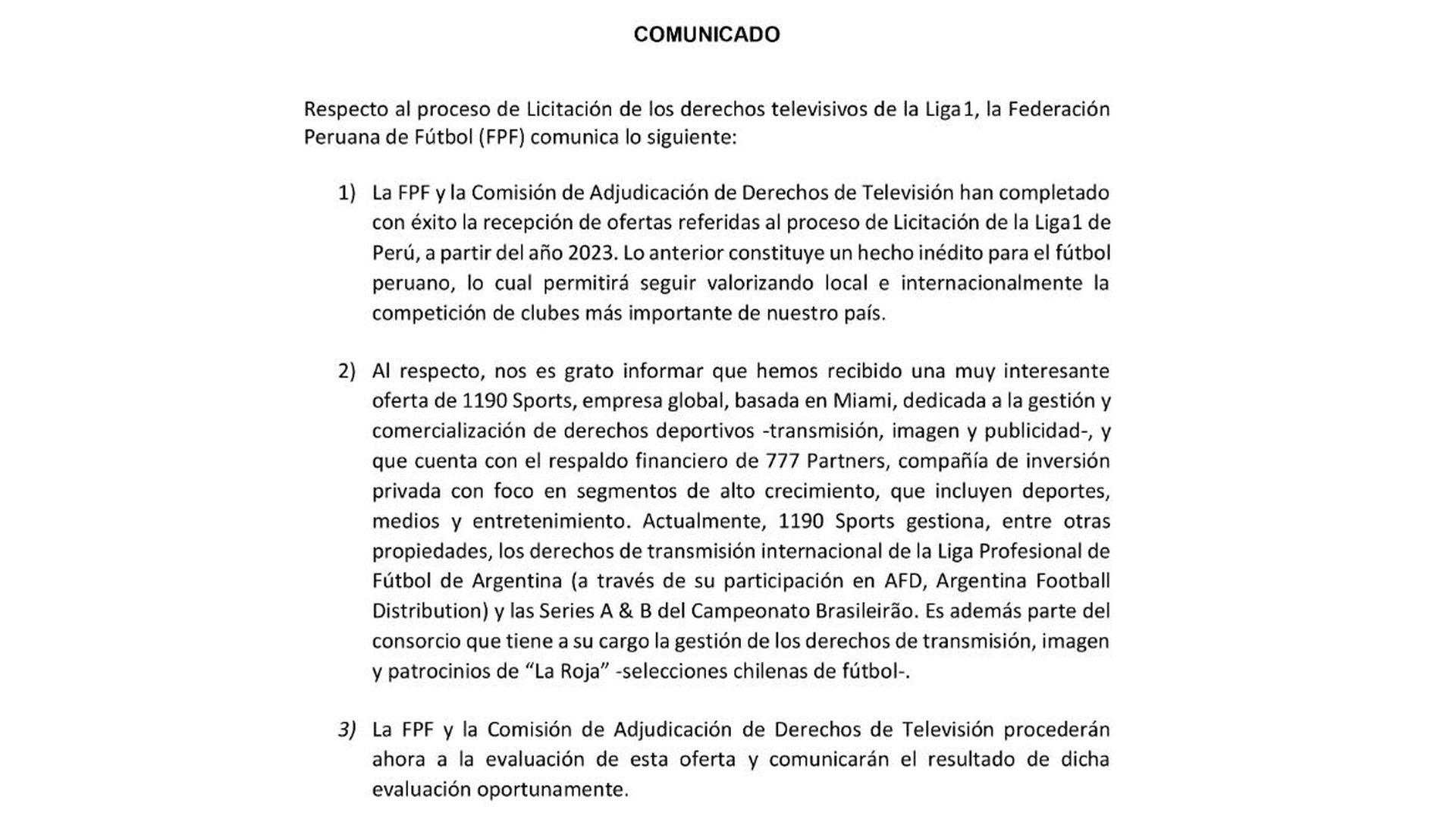 FPF statement regarding the auction of television rights for League 1

The company 1190 Sports, which intends to be awarded the transmission rights for Liga 1, indicates on its website that it is a “global company dedicated to the management and commercialization of sports rights -of transmission, image and distribution-, whose value proposition allows that leagues, federations, clubs and brands strengthen their connection with consumers”.

In addition, it indicates that it currently “manages the international broadcasting rights of the two most important soccer leagues in Latin America, the Argentine Professional Soccer League and Series A & B of the Brazilian Championship; is also the exclusive commercial agent for the image and publicity rights of the ‘Roja’ -Chile’s national soccer team-, the Youth Series and the women’s team, as well as the Chilean National Rugby Team, Cóndores, and Selknam, among others.