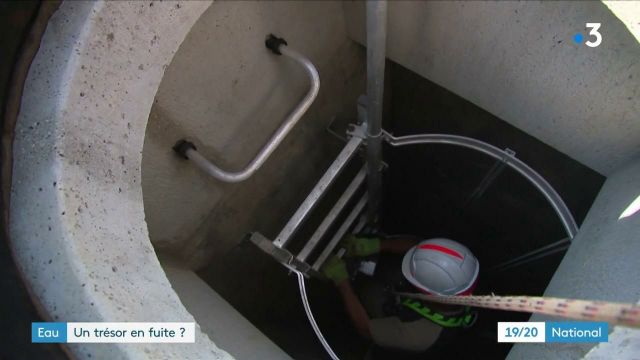 In France, 20% of the volume of drinking water is lost due to leaks, the highest due to an aging network. These losses represent the annual consumption of approximately 18 million inhabitants.

In Savoie, a few kilometers from the resort of Les Ménuires, investigations are beginning to locate a water leak. A water pipe is installed six meters underground. Nicolas Neyret, leak hunter for Suez, has been surveying several hundred meters since the morning of Thursday August 11. After several hours of research, he locates the leak near a collection point. It’s a relief: it corresponds “roughly to a consumption of 700 inhabitants for one day”.

The leak was spotted the day before, 200 km away, in a control center in the Lyon suburbs (Rhône). Controllers monitor the network in the Auvergne-Rhône-Alpes region 24 hours a day. A hundred alarms are triggered every day. In Les Ménuires, the mayor of Belleville (Savoie), Claude Jay, came to the news. Water is an even more important issue in times of drought. The municipality has set an ambitious target for the operator managing its network: 5% maximum leaks. At the national level, 20% of the volume of drinking water is lost due to leaks in the network.

team of the week