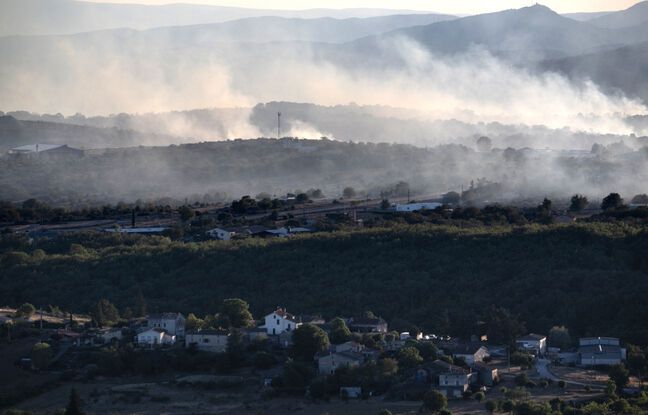 Forest fires have never emitted so much CO2 in France since records began in 2003. The European climate change program Copernicus announced on Friday that it had recorded the highest carbon emissions from forest fires this summer. high.

The latest satellite data from the Copernicus Atmosphere Monitoring Service (CAMS), from Thursday, shows France’s estimated emissions from forest fires for the months of June, July and August are the highest since 2003, as Europe experiences a dramatic season for fires, especially in Spain and Portugal.

When a tree burns, the combustion releases carbon dioxide. Since the beginning of the year, more than a million tonnes of carbon have been released into the atmosphere by French fires, very well above the average (just over 0.5 million tonnes). At this rate, the record for the whole of 2003 at nearly 1.3 million tonnes could be beaten and make 2022 the worst year since records began.

The heat wave in the Iberian Peninsula and south-west France “has worsened the fires”, explains Copernicus scientist Mark Parrington. As the high fire season has not yet ended, emissions for the whole of 2022 remain for the moment lower than those observed in 2003, the record year according to data from the Global Fire Assimilation System (GFAS), which is based on satellite observations of active fires and fire radiative power.

According to statistics consulted on Friday from the European forest fire information system EFFIS, 60,558 hectares have burned in France since January, 245,293 hectares in Spain, and 76,423 hectares in Portugal.