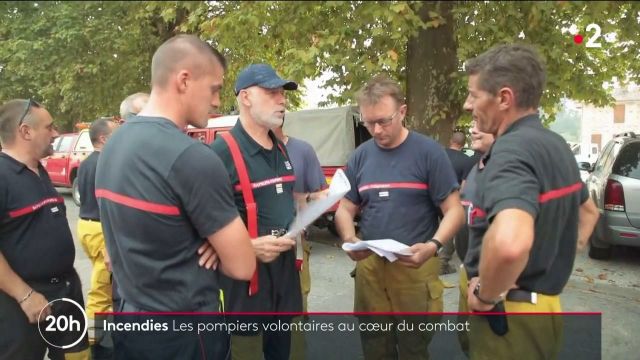 While the Gironde is ravaged by fires, Thursday August 11, a team from France Télévisions went to meet the firefighters.

Faced with the flames ravaging the south of the Gironde, the firefighters have been struggling tirelessly since the beginning of the summer. Among them, professionals, but also many volunteers. At the Belin-Béliet checkpoint (Gironde), it is difficult to tell them apart: their missions are the same. Olivier Garcia wears the same equipment as his colleagues. Yet he is one of those volunteer sappers. Coming from Bouches-du-Rhône, he joined at the age of 14. He is now a construction worker, and took time off from his schedule to go on a mission.

Volunteer soldiers have often gone through the same training as professionals who have passed a competitive examination. They are compensated between 8 and 12 euros per hour depending on their grade, or half the salary received by their professional colleagues. For them, it is far from being the essential. They are there to accomplish a mission: to fight the flames.