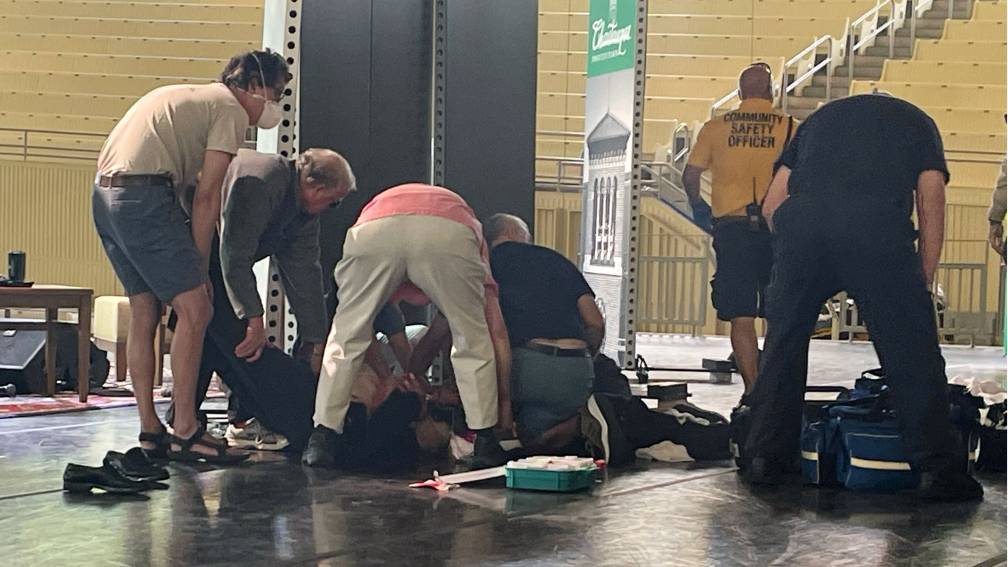 British-Indian writer Salman Rushdie has been attacked in New York state in Chautauqua. This is reported by several reporters on the spot. The attack took place on a stage somewhere in the city, where he was to give a lecture. The attacker would have been arrested. His motive is not yet known.

The cause of this attack is still unclear. Rushdie would have been beaten or possibly stabbed. The exact condition of 75-year-old Rushdie is not known, but he walked off the stage himself, supported by someone else.

Rushdie became famous with his book The Devil’s Verses. That book led to great dissatisfaction among believing Muslims in 1988. At the time, a fatwa – a legal ruling within Islamic law – was issued against him by the Iranian Ayatollah Khomeini.

This confronted Rushdie with a large number of threats from radical Islamic quarters. Iran offered a $3 million reward to whoever would kill Rushdie.

Earlier we made this review of the fatwa against Salman Rushdie for his book The Devil’s Verses: