With the heat, a pass buried under the ice resurfaces in Switzerland 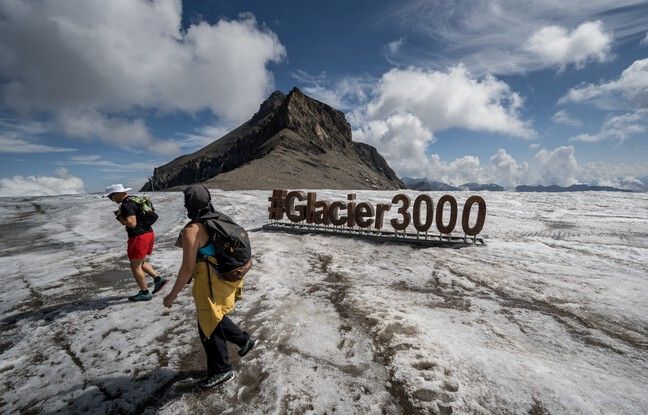 A pass sticks out of the ice in Switzerland, which like the rest of Western Europe, has been hit by heat waves. On the Glacier 3000 ski area, in the Diablerets sector (west), a pass located at 2,800 meters has resurfaced. However, it had been covered by ice for more than 2,000 years. “The pass will be entirely in the open air in a few weeks,” ski area officials said on Thursday.

In 2012, measurements revealed an ice thickness of about 15 meters at this location. The summer of 2022, which followed a very dry winter, proved catastrophic for the glaciers which have melted at an accelerated rate this year.

The operation of the ski area completely changed

According to glaciologist Mauro Fischer, a researcher at the University of Bern, who regularly visits the site, the loss of thickness of the glaciers in the region where the pass is located will be on average 3 times higher this year compared to the last 10 are.

In the short term, these changes considerably modify the operation of the ski area, because the pass, which was icy, made it possible to connect the glaciers of Scex Rouge and Tsanfleuron on which skiers let themselves slide. Now, a strip of land separates the two glaciers.

The melting of the glaciers makes them more unstable, which hinders the practice of snow sports and hiking. “We are planning the renewal of the facilities in this sector in the coming years, and one idea would be to shift the route of the current chairlift”, explains ski lift director Bernhard Tschannen.