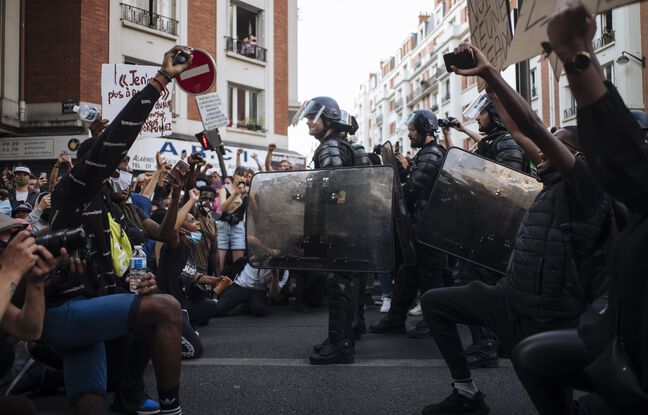 The Committee on the Elimination of Racial Discrimination will examine the case of the United States, this Thursday. Demands for reparations are growing in the country, after centuries of racism that Washington has recognized as “systemic”.

For two days, this committee will hear from senior American officials, rights defenders and NGOs to determine whether Washington is respecting its international obligations in the fight against racial discrimination.

The hearings, which begin Thursday afternoon and continue Friday, will address a wide range of issues, including police killings of black people and unequal access to education, housing and a healthy environment. .

This UN committee is made up of 18 independent experts responsible for regularly monitoring the application of the International Convention on the Elimination of All Forms of Racial Discrimination by State Parties, which the United States ratified in 1994. The situation of the United States was last reviewed in 2014.

In preparation for this new review, rights advocates have lamented that the U.S. government never adequately addressed violations committed against black people during slavery and later periods marked by exploitation, segregation and violence. This legacy, they argue, continues to be visible in policies and practices in areas including the economy, health, education and housing.

During the committee session, civil society intends to focus “on the issue of recognition and reparations,” Vince Warren, executive director of the Center for Constitutional Rights (CCR), told AFP. Washington sent a delegation of 23 people to answer questions from experts, whose conclusions will be published on August 30.

“The time has come to take bolder measures”

In a statement, the US administration said it was “deeply committed to addressing the challenges of systemic racism both domestically and internationally.” And Washington has held four rounds of consultations with U.S. civil society ahead of the review, including one in Geneva on Wednesday. “We welcome and want to encourage the participation of civil society in this process,” said a spokesperson for the US mission in Geneva.

Some of the rights advocates who have traveled to Geneva agree that Joe Biden’s administration has gone further than its predecessors in acknowledging problems with structural racism. “The Biden administration has shown it can name the problem, but the time has come for bolder action,” said Jamil Dakwar, who heads the human rights division of the ACLU, the very powerful American civil rights organization.