The Russians want to connect the Zaporozhye power plant to Crimea 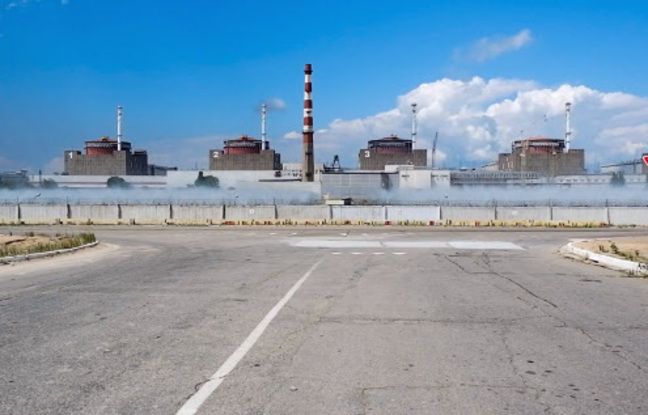 Russian forces are damaging the Ukrainian nuclear power plant in Zaporozhye by redirecting its electricity production, the Ukrainian operator, Energoatom, warned on Tuesday. Russia, which occupies the plant, is preparing its connection to Crimea. A peninsula annexed by Moscow in 2014.

“The Russian military present in the Zaporozhye nuclear power plant are implementing the program of (the Russian operator) Rosatom aimed at connecting the plant to the Crimean electricity networks,” Energoatom President Petro Kotin told television. Ukrainian.

“An extremely dangerous way of working”

“To do this, you must first damage the power lines of the plant connected to the Ukrainian energy system. From August 7 to 9, the Russians have already damaged three power lines. At the moment, the plant is operating with only one production line, which is an extremely dangerous way of working,” Petro Kotin added.

“When the last production line is disconnected, the plant will be powered by generators running on diesel. Everything will then depend on their reliability and fuel stocks, ”he also warned.

Located near the town of Energodar on the Dnieper River, not far from the Ukrainian peninsula of Crimea (south), the plant, the largest in Europe, has six of the 15 Ukrainian reactors. It supplies four million homes. It came under the control of Russian troops on March 4, shortly after the start of the invasion of Ukraine on February 24. Moscow and kyiv have accused each other since Friday of bombing it, without any independent source being able to confirm.

Ukrainian President Volodymyr Zelensky raised the specter of the Chernobyl disaster. “Any attack on nuclear power plants is a suicidal thing,” UN Secretary General Antonio Guterres warned Monday morning. “I hope these attacks will end. At the same time, I hope that the IAEA will be able to access the plant”. The International Atomic Energy Agency (IAEA) on Saturday deemed “increasingly alarming” the information from Zaporozhye, one of whose reactors had to be shut down after a bombardment the day before.