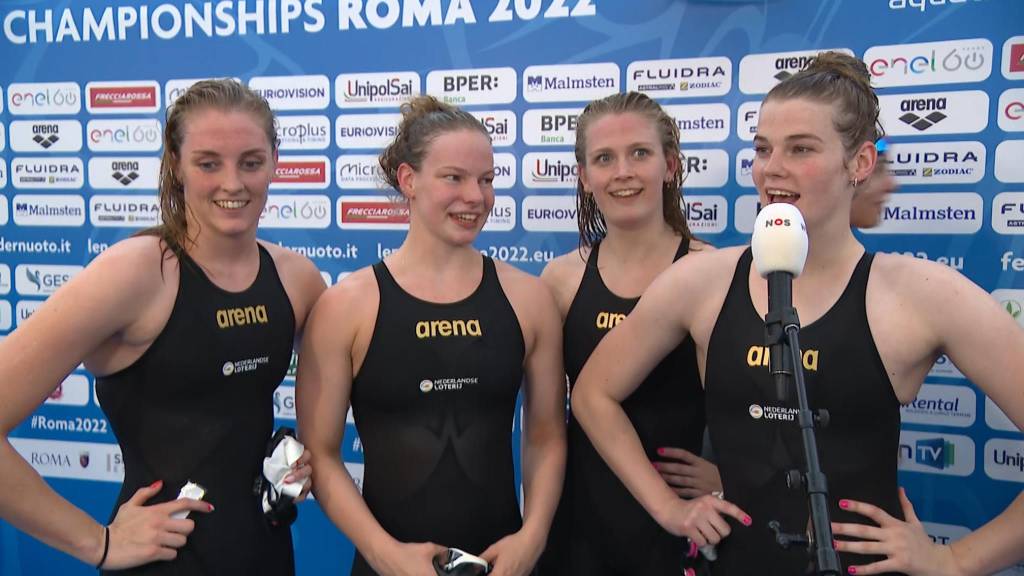 Jubilant relay women after European Championship gold: ‘No words for’

Four young Dutch women are standing in front of the camera on Thursday evening. They don’t realize what they did a few minutes before, but they really became European champions in the 4×200 meter freestyle.

Imani de Jong is the first to turn, just as was the case in the final. “What do I look like?” she giggles. After the approval of Janna van Kooten, who answers De Jong’s question with ‘really great’, she starts her story.

The 20-year-old De Jong acknowledges that they mainly wanted to gain experience at the European Championship. She hadn’t expected that it contained a gold medal. “I have no words for it.” 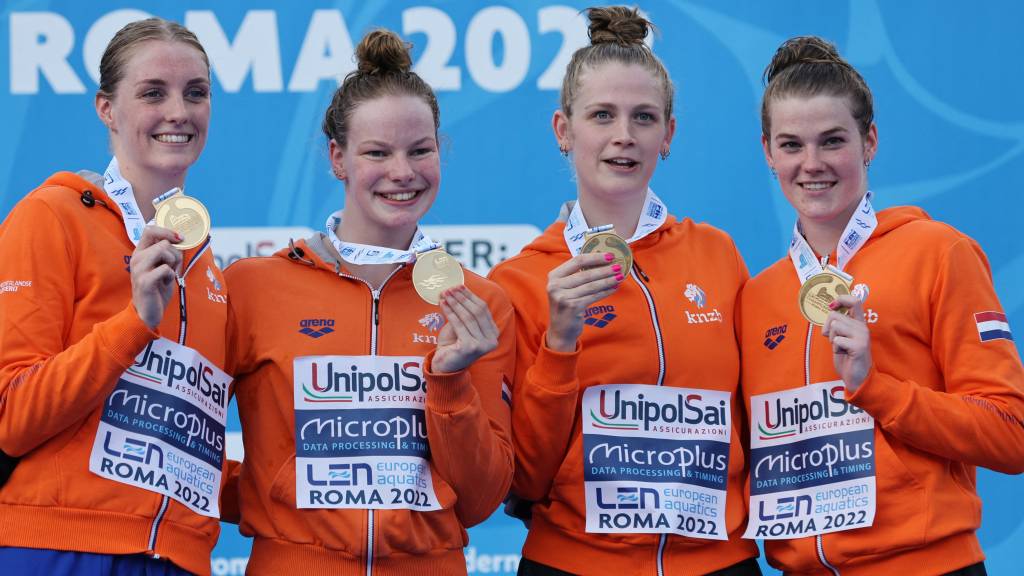 “We wanted to finish as high as possible, but we did not expect that we would already be first with this team”, adds Silke Holkenborg, also 20-year-old, who swam past Katinka Hosszu in her 200 meters.

Janna van Kooten, the youngest of the bunch at 17, saw it happen as she prepared for her redemption. “Super cool to see that we were there and then you don’t want to be left behind.”

“I swam my best split ever”, exults Van Kooten, who was present for the first time at a European Championship, about her individual time over 200 meters (1.59.92). “That’s so cool.” 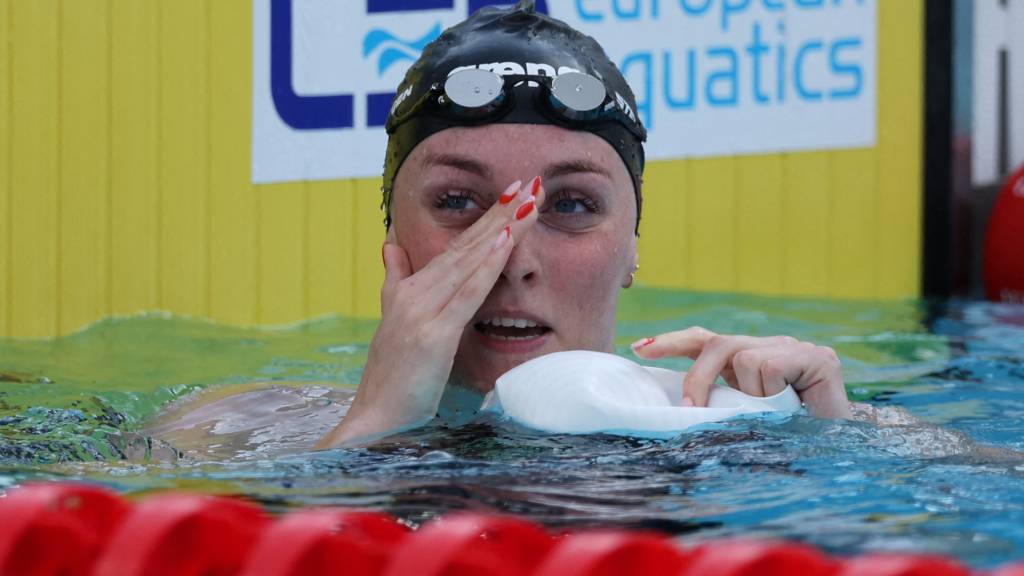 The final word is for Marrit Steenbergen. The final swimmer of the Dutch team was spared in the series, but in the final she took the place of Lotte Hosper. “I could already see that we were good.”

“And I also saw that I was next to Anderson”, Steenbergen, the most experienced swimmer of the four, continues. “I just know that she swims super fast. When I see her and I stay next to it, it just becomes a fight. That it works is great.”

Steenbergen has also shown himself in the individual 100 meter freestyle. She easily qualified for the final, which will be swum on Friday evening.

The European Championships can be followed extensively on the NOS. There are daily streams with live sports on NOS.nl and in the NOS app. From Friday there will be an extra Studio Sport broadcast on NPO 1, 2 or 3 with summaries and live sports every evening.

Friday between 4.25 pm and 7.54 pm on NPO 2 there will be attention for track cycling and swimming. The women’s triathlon can be followed via a live stream between 5.15 pm and 7.15 pm.