NASA: What did Katya Echazarreta, the only Mexican in space, study?

This is perhaps one of the dreams of thousands of young people who Katya was able to deliver thanks to the founding of Blue Origin, which allowed her to be chosen among thousands of applicants to do so. She had dreamed of it since she was seven years old, and she managed to do it last June 4.

Katya’s mission, as disclosed by Blue Origin, was to provide representation to women and minorities in science, technology, engineering and mathematics, while also expanding the possibilities of access to space.

Thus, the young engineer was part of the fifth group of passengers on the rocket built by Jeff Bezos’ Blue Origin. The NS-21 launch took place at Blue Origin’s facility in West Texas at 8:25 a.m. The vehicle managed to exceed 100 kilometers above the surface of the Earth. Before that, Katya had already worked at NASA, contributing to the tests of a total of five missions.

To achieve this, Katya studied Electrical Engineering at the University of California, Los Angeles, and is currently pursuing a Master’s Degree in Electrical and Computer Science at Johns Hopkins University. Due to her interest in the STEM (science, technology, engineering and math) world, she has also co-hosted the Netflix IRL YouTube series and Electric Kat on the CBS show Mission Unstoppable. 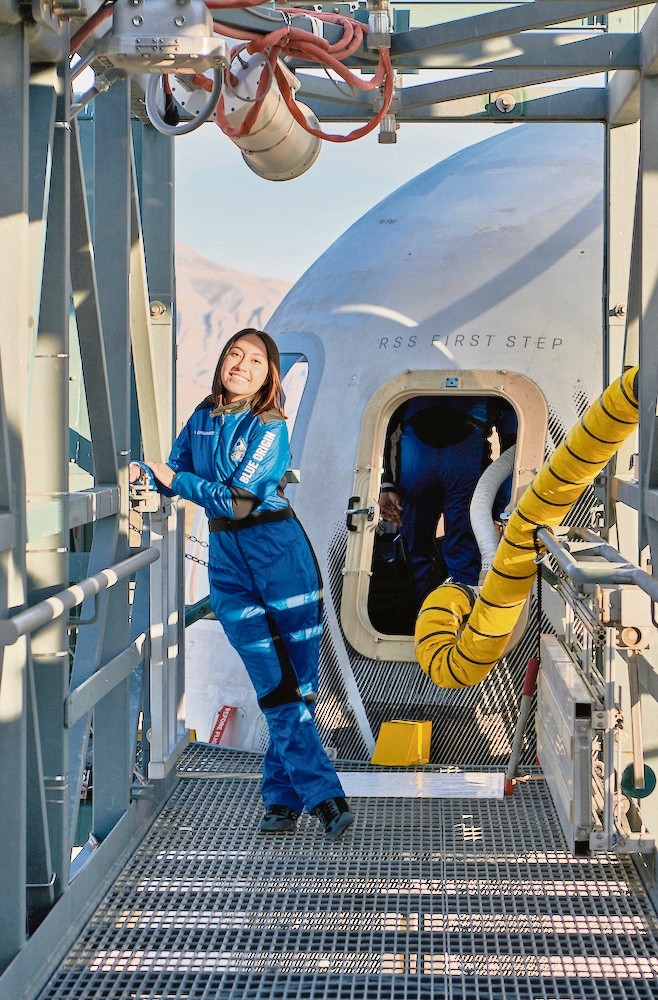 A couple of weeks ago, in an interview offered in Mexico City, Katya confessed that when she got a scholarship to study at a higher level, her teachers did not trust her potential, and she was even discriminated against “for studying a career for men.”
“My university teachers told me that these careers were not for women, they told me that I was wasting the place of a man who did deserve it,” said the young woman during the event organized by the Government of Mexico City.

However, this did not stop the young engineer, who assures that, in order to get what you want, it is necessary, first of all, to trust in oneself. “Always remember that the most important words are the ones you say to yourself,” said the young woman.

Echazarreta has also assured that she does not want to be known only for her achievements, but also wants her example to help change people’s lives, sending the message that wanting is power if one puts her mind to it.

“I want to dedicate myself to helping each one of you to be what you want to be, we can do what we want to be; if they want to get to space, they can do it”, said the young woman, who has also become a speaker. 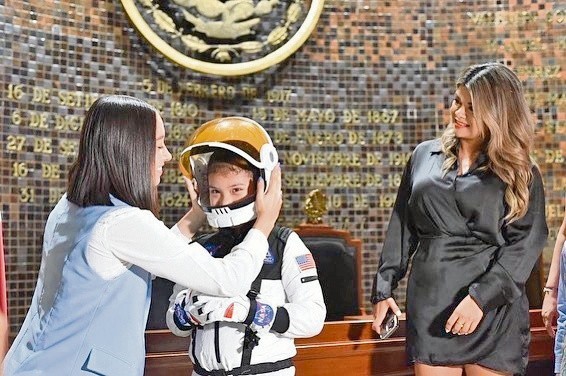 Many children in Mexico want to follow Katya’s example. SPECIAL

It will promote young people in Mexico

After his visit to Talent Land, the most important technology and innovation event in the country, Echazarreta indicated that he will seek to create initiatives in conjunction with government authorities, such as the Federal and Jalisco Governments, to promote initiatives that promote technical education and scientific, and to ensure that those young people who want to access it can do so.

“One of the reasons why I am here working so much in Mexico is because I want to get involved in various initiatives such as the Government, for me it is not enough that we inspire people, of course that is incredible, but if we are not helping to create those opportunities for Mexicans, so what’s the use, so I’ve been working with the Jalisco Congress to create some initiatives,” he commented. 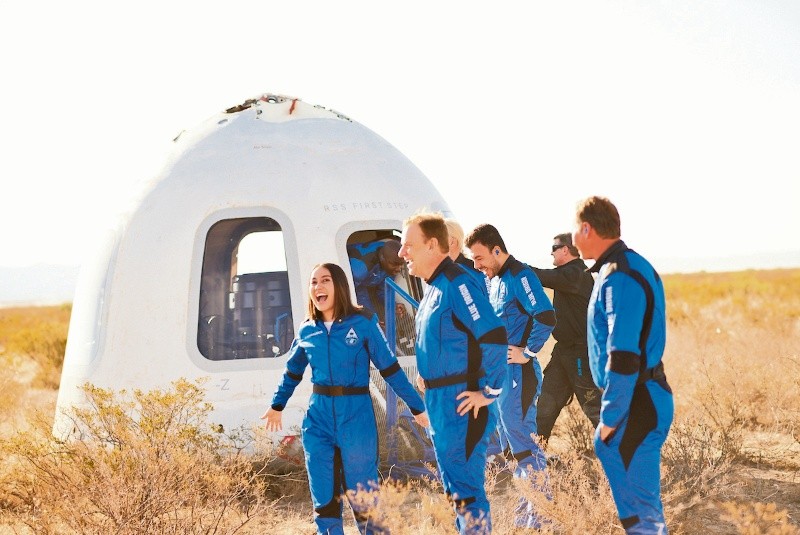 Where can I study Electrical Engineering?