NU.nl regularly gives you an overview of the situation in Ukraine. This time: satellite images show that the explosions at the Russian air base caused far greater damage than the Russians admit. Meanwhile, the United Nations is calling for a ceasefire around the Zaporizhzhia nuclear power plant.

It is still not entirely clear what caused the explosions in Crimea. According to the Russians, not because of a Ukrainian attack, but because of an explosion of aircraft ammunition. Ukraine, for its part, has not officially confirmed that it was an attack by them.

The New York Times analyzed satellite images and concludes that the official reading of the Russians is incorrect. Three craters can be seen, which indicate three separate explosions, the newspaper writes. The way the debris was scattered also shows that there has been more than one explosion.

A few hours before the explosions, the Planet Labs company took a photo of the base. On Wednesday, the company took a second photo, which shows the difference with the day before, according to The New York Times. Eight Su-24 and Su30 fighters visible in the first photo have been destroyed in the second photo. Two buildings near the planes were also destroyed.

UN chief António Guterres calls on Ukraine and Russia to stop military activities near the Zaporizhzhia nuclear power plant. There have been several shelling there in the past week, but Kyiv and Moscow keep pointing the finger at each other.

Guterres speaks of an unacceptable situation and says he is seriously concerned. If the parties continue shelling, damage to the nuclear power plant or other nuclear facilities is looming. And that could have catastrophic consequences, according to the UN chief.

For the time being, no increased radiation has been measured and the power station does not appear to have suffered any damage. But if the shelling continues, that could just happen.

The Zaporizhzhia Nuclear Power Plant is located in the town of Enerhodar in southeastern Ukraine. It is the largest nuclear power plant in Europe. On March 4, shortly after the outbreak of war, the Russians captured the plant. Since then, Russia has skillfully transformed the plant into a heavily guarded military base.

Russian TV journalist Marina Ovsyannikova has been placed under house arrest until early October. A Moscow court has ruled that in a case involving “discrediting” the Russian military.

Ovsyannikova became world famous when she protested against the war on Russian state television in March. After that she was arrested several times and fined for her protest against the war. In Russia, shortly after the attack on Ukraine, it was forbidden to criticize and call it an invasion or war.

The house arrest follows a protest at the Kremlin in mid-July. Then Ovsyannikova held up a sign that read: “Putin is a murderer, his soldiers are fascists”. The journalist again held a protest sign in court, this time saying “May the dead children haunt you in your dreams”.

The 44-year-old journalist was arrested in another case on Wednesday and charged with spreading false information about the military. She faces up to ten years in prison. Ovsyannikova accuses the authorities of intimidating opponents of the war. She went abroad after her protest on Russian state television, but returned to Russia in July.

Marina Ovsyannikova during her now famous protest in March. 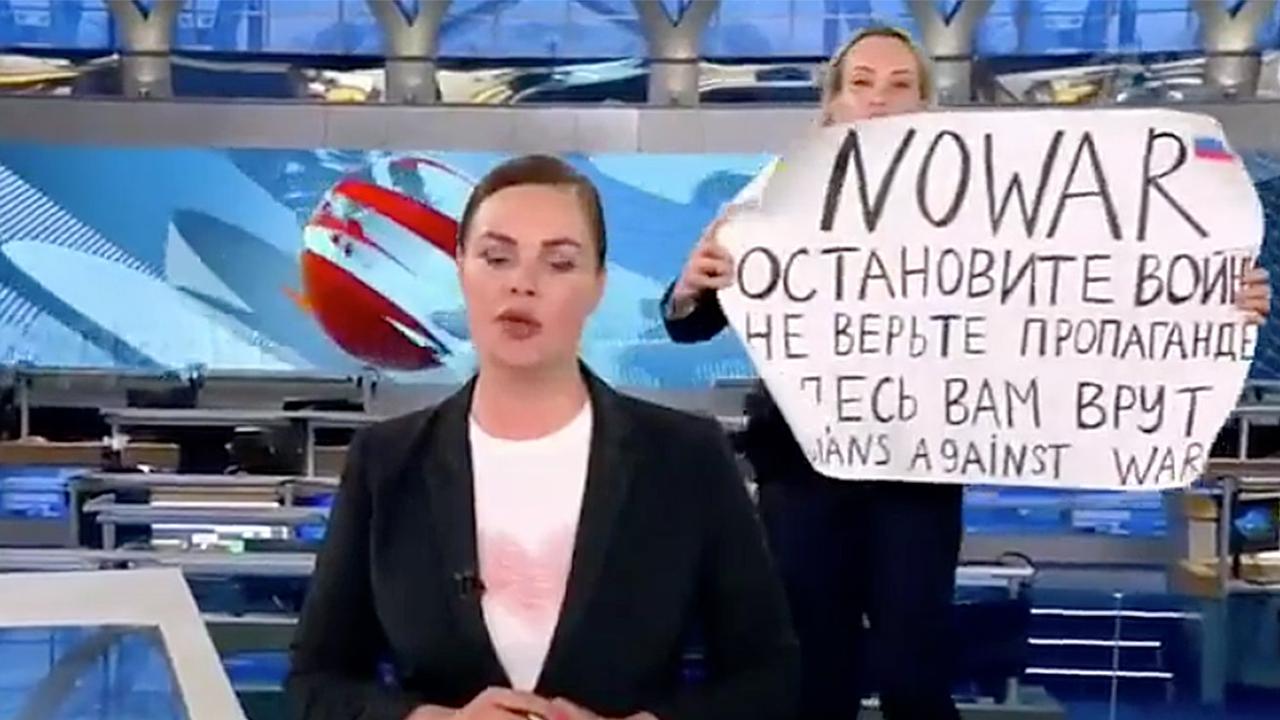 Marina Ovsyannikova during her now famous protest in March.

The IMF will advance the approval of the September reserve target to speed up the transfer of USD 10,000 million this year