Listening to young people is the challenge of education: UNIVA

Education is the greatest good that can be left to a human being, especially in times of crisisbut the biggest challenge is learning to listen to young people, said Francisco Ramírez Yáñez, rector of the Universidad del Valle de Atemajac (UNIVA) Guadalajara campus.

Therefore, for the 60th anniversary of UNIVA they wanted to have a commemorative year, focusing it on three moments: gratitude towards the past, inspiration to manage the present and see the future with hope.

“View the past with gratitude to the people, moments, battles and efforts that have brought this institution to the place where it is. These 60 years should be an inspiration to properly manage the present, seeking to learn to listen to young people, which is the fundamental challenge; but also to see the future with hope, knowing that if we manage the present well, the future will reap what we are sowing”, he explained.

As part of meeting the challenge, UNIVA carries out different activities to encourage student participation. An example of this is the University Film Festival, made 70% by students. Also the Identity Days and the camps in the Sierra de Tapalpa, both with the aim of listening to and getting to know young people.

Throughout these 60 years, the objective has been to use this education to train young people with targeted training and to become, in turn, human factors that have a positive impact on society.

“Now we are at a turning point in education that has led us to the awareness that we cannot continue to have the teaching-learning relationship reduced to a classroom. Education has great challenges and challenges in itself. We are indebted to young people because we have not known how to listen, appreciate and see them, it is important to learn to listen to them”, said the Rector.

He stressed that education is essential to face the challenges of life and, in the face of a crisis, this is based on four substantive learnings: learning to know, to do, to live with others and to be.

For this reason, the motto of the house of studies emphasizes the importance of being: “Know more to be more”. That is to say, what is learned must be taken to build themselves to be better people.

For continuous improvement, UNIVA has a five-year plan whose actions are measured with specific indicators and not only in general, as was done previously. This in order to maintain academic quality.

The rector also expressed that education is a passionate commitment and, when there are crises, challenges and challenges, it is when we need to realize its importance and transcendence the most.

“Do not lower your arms, do not be pessimistic but realistic about what we live, and always with great enthusiasm. The greatest good that can be given to a human being is to give him an education, to accompany his growth, and we are clear that what we have in our hands is the future of young people, “he concluded. 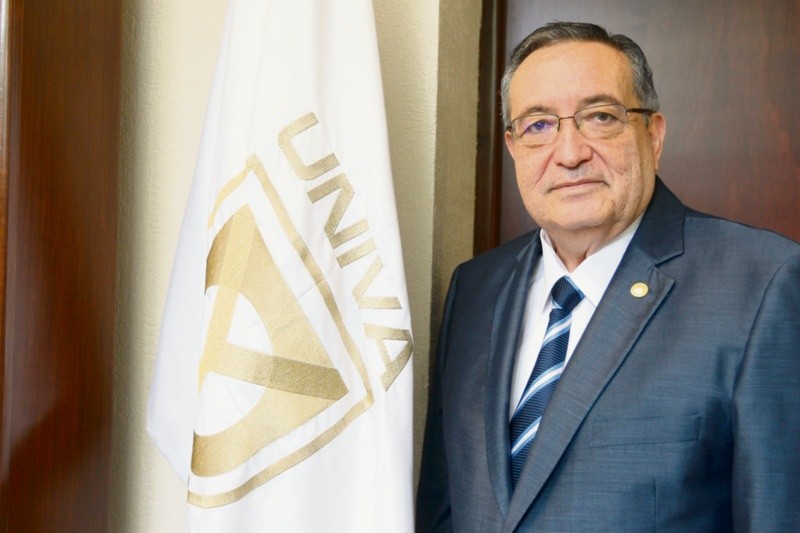 “When they enter this house of studies, the student is not only a client or a user, but a person whom we help shape the future. What we do today will have transcendence”

FIUC 2025 will be held in Guadalajara

Within the framework of the General Assembly of the International Federation of Catholic Universities (FIUC) that took place at the facilities of Boston College, in Boston, Massachusetts, the Universidad del Valle de Atemajac (UNIVA) was chosen as the venue for the next General Assembly of said association, to be held in the year 2025. UNIVA was selected, from a dyad composed of the University of San José, in Macao, China; and UNIVA, in Guadalajara, Jalisco, Mexico.

The development of the Assembly in 2025 will coincide with the celebration of the 100 years of life of the FIUC, so the activities will begin in 2024 with a formal act in the Vatican, framed by the Global Educational Pact of Pope Francis. Subsequently, activities will continue in the city of Guadalajara, based at UNIVA.

FIUC is the largest organization of its kind worldwide, bringing together more than 250 higher education institutions of Catholic identity on all continents and from all denominations and congregations. It was established in 1948 by decree of the Holy See, being formally recognized the following year by the Holy Father, Pius XII.

The IFCU collaborates permanently with the Vatican organizations that are responsible for promoting education, culture and integral human development, among many other matters inherent to the work of the Church, universities and countries.