Is inflation more harmful than recession?

You have to put out the fire before it gets out of control.

That seems to be the slogan of the countries affected by the gigantic inflation that is sweeping the world and that has reached record highs in decades.

With Germany marking the highest level in almost half a century -in the midst of an energy crisis derived from the war in Ukraine-, the United States and the United Kingdom at the highest level of the last 40 years and Latin America also under pressure due to the escalation At the cost of living, firefighters are working at full speed.

Firefighters in charge of the fiscal and monetary policy of the countries that are trying to put out a bonfire without neglecting another source of fire: the recession. 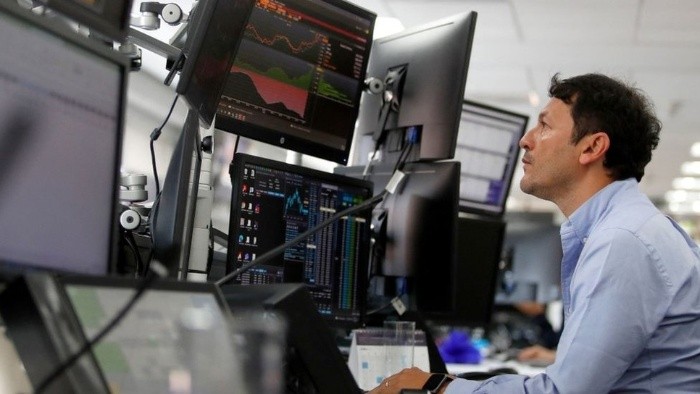 Well, what does high inflation have to do with an economic recession?

Much. When inflation is triggered, central banks raise interest rates (the cost of credit) to discourage the purchase of goods or services.

It is a policy that seeks to reduce consumption and investment in the hope that prices will fall.

With this mechanism inflation is controlled but, at the same time, economic growth is slowed down.

If the slowdown is too great, the economy stagnates and the chances of the country entering a recession increase. 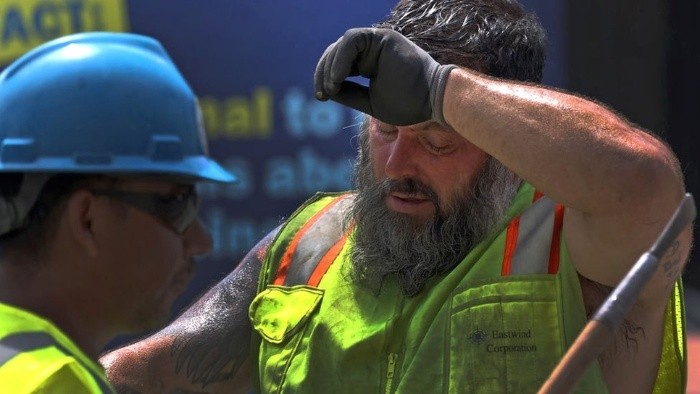 Faced with this dilemma, the authorities have to act as a tightrope walker and ask themselves: how far can I raise interest rates without suffocating the economy too much?

And that precarious balance between inflation and recession is what has economists trying to put out one fire without adding fuel to the other.

Hence the question: is inflation worse or an economic recession?

“It is not so much which is worse, but what is the first thing to tackle. I believe that a country that wants to maintain its macroeconomic stability cannot afford high inflation,” argues Juan Carlos Martínez, Professor of Economics at IE Business School, Spain.

“A recession is a lesser evil compared to persistent inflation in the economy,” he says in a dialogue with BBC Mundo. 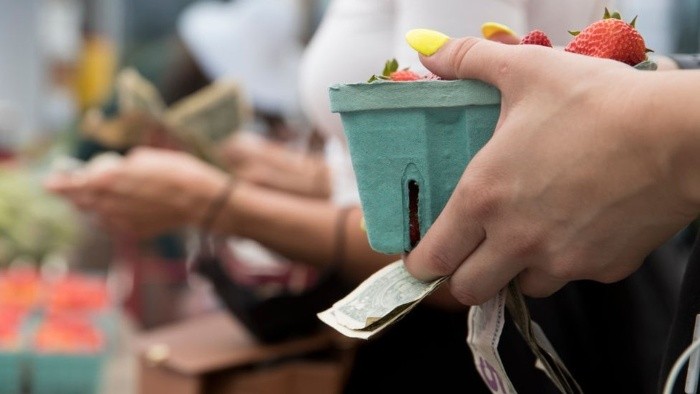 Benjamin Gedan, deputy director of the Latin American Program at the Wilson Center and a professor at Johns Hopkins University in the US, also argues that lowering the cost of living is a priority.

“Both are bad, but inflation is harder to beat in many cases,” says the expert.

Chronically high inflation, he adds, imposes many costs on a society.

From another perspective, José Luis de la Cruz, director of the Institute for Industrial Development and Economic Growth (IDIC) of Mexico, adds to the debate that controlling high inflation can take many years, while recessions, at least in recent years, , have been overcome more quickly. 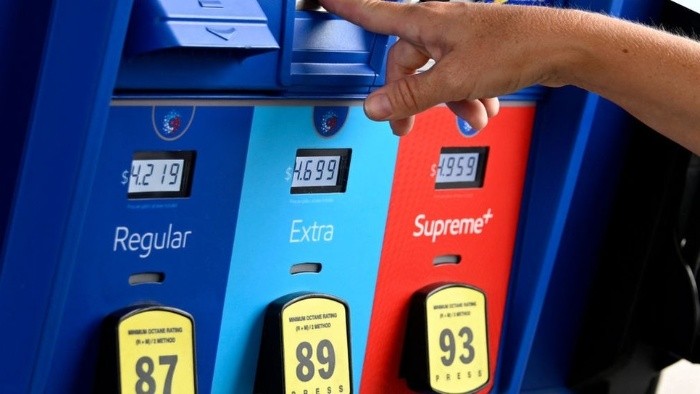 “At this time it is essential to contain inflation because the experiences of the last 50 years show us that an inflationary spiral ends up triggering a recession,” the economist tells BBC Mundo.

“A recession can be tackled without this implying inflation, but in the other case, inflation ends up causing a crisis.”

United States, for example, “you are paying the cost of a mistake”, he adds, because the authorities let a long time pass before raising interest rates to control consumption and investment.

In this way, demand remained high and prices continued to rise, says de la Cruz, without eliminating the incentives to continue spending.

What happens in Latin America?

As is happening in other parts of the world, Latin America has also suffered from the wave of inflation.

In countries like Chile, inflation shot up to a historic 13.1% (the highest in almost three decades), followed by Brazil and Colombia (exceeding double digits), while countries like Peru and Mexico, where the inflationary spiral is a little less, they have also suffered the consequences of prices that are leaving even deeper marks on the most vulnerable sectors. 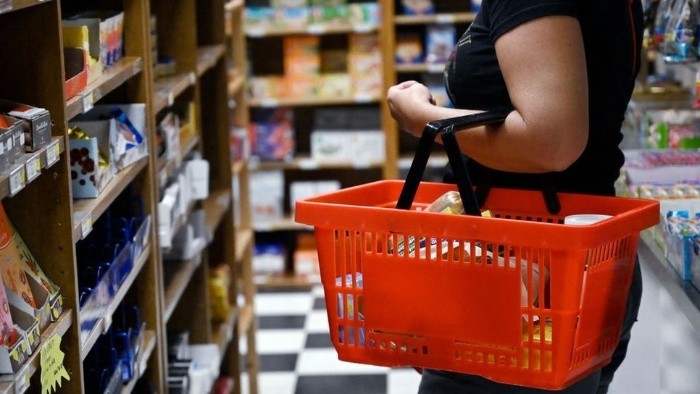 Argentina, which suffers from a chronic problem of inflation, has an open wound with an annual increase in the cost of living of 64%.

Given this scenario, the central banks of the region have applied historic increases in interest rates to try to take the pressure off the pot.

In good economic times, many governments used to set an inflation target in the 2% to 4% range.

But now that the cost of credit is skyrocketing, those goals are gone, at least for now.

Brazil, for example, has its interest rates at 13.7%, while in Chile the cost of loans climbed to a historical maximum of 9.7% and in Colombia to 9%.

Few desires remain for consumers who aspired to buy a house with a bank loan, or for entrepreneurs who thought of upgrading equipment, expanding their operations or starting new investment projects. 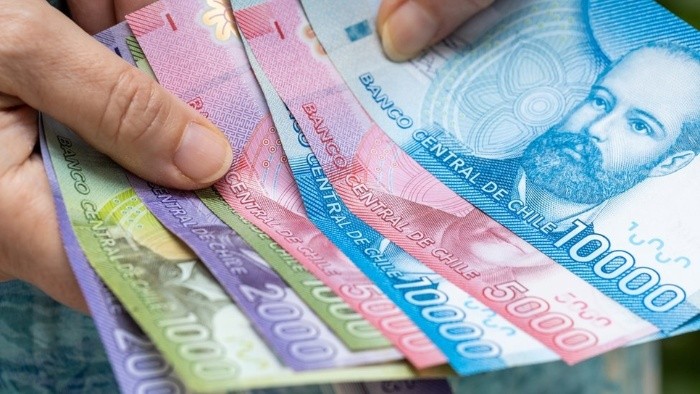 Clearly the time of “cheap money”, that is, of the most affordable loans, is in the past.

So fast and profound has been the increase in the cost of credit, that economists expect to see results soon.

In fact, In countries like the United States or Brazil, inflation gave a truce and decreased slightly, raising expectations that prices could be reaching their maximum levels.

Who are the most affected by inflation?

“Worst of all, inflation is a tax on the poor, who have little savings and usually work in the informal sector, with little ability to protect their purchasing power,” explains Gedan.

Given the widespread poverty in the region and the gigantic informal sector, the impacts of inflation are particularly severe in Latin America. 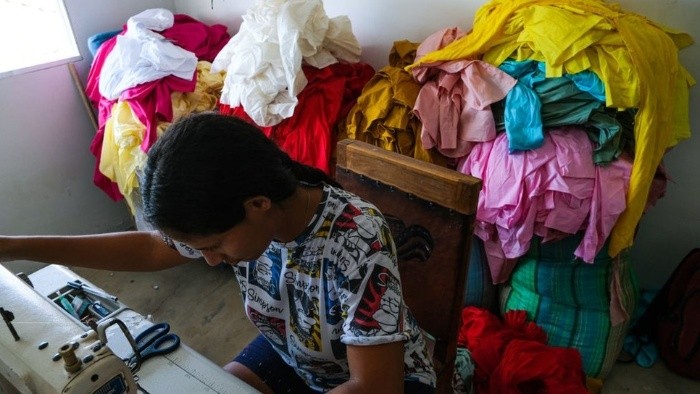 In this sense, the authorities have not hesitated to raise rates, especially due to the episodes of price escalation in Latin America in the past decades.

“Is that given the region’s past traumas with hyperinflation and the desire to preserve the hard-earned credibility of central banks, it is not surprising to see swift action in many countries to curb price increases,” says the expert.

The debate in the United States

Although inflation and recession are two high-profile economic threats, in the United States the debate has focused on how much and how fast the Federal Reserve (the equivalent of the central bank in other countries) must continue to raise rates to stop the escalation of the prices.

Criticized for not having acted sooner, the Fed has embarked on a series of interest rate hikes this year.

And since those increases put a brake on the economy, the question that many are asking is whether or not the United States will fall into a recession with all its letters.

Because it is already going through what is known as a “technical recession”, equivalent to two consecutive quarters of economic contraction.

But in the US, those red numbers do not represent a true recession, according to the standards used in that country.

The arbiter that defines it, so to speak, is an independent organization: the National Bureau of Economic Research (NBER).

Leading economists who meet regularly and analyze all the variables that can affect a recessive process participate in it.

The definition they use is far from being a mathematical formula: “A significant decline in economic activity that spreads throughout the economy and lasts for more than a few months“.

The economists’ committee’s approach is that while each of the three criteria (depth, spread, and duration) must be met individually to some degree, the extreme conditions revealed by one criterion may partially offset the weaker indications of another.

Precisely because it is not an infallible formula, there is so much debate in the United States about whether the country is really headed for a recession or if it will not reach that point.

The highest authorities of the country (responsible for fiscal and monetary policy) have been optimistic, arguing that the labor market remains strong.

And in July, inflation fell slightly (from 9.1% to 8.5%), providing a relief fee against the forecasts that considered a recession in the country as inevitable.

Wall Street falls due to employment figures and the Nasdaq loses 3.8%