Fairy tale for Disney +, the platform that never stops going up 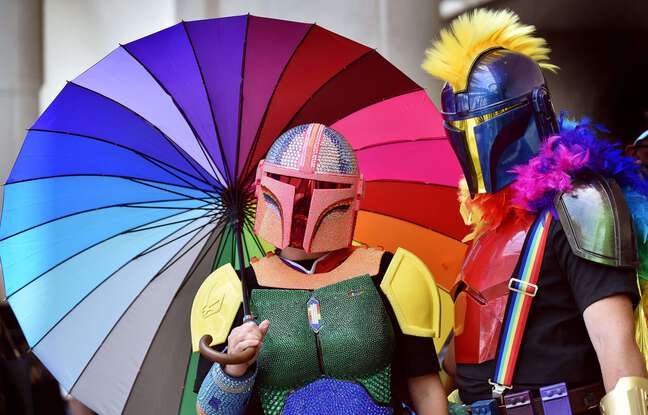 The empire never stops counter-attacking. The Disney+ platform, famous for its animated films or its films and series from the Star Wars universe, attracted 14.4 million new subscribers worldwide between March and June. A success that brings its total to 152 million and ensures it a good place in a world of streaming in which the group had however launched late.

In all, Disney’s streaming platforms (Disney+, Hulu and ESPN+ for sports) now have 221 million subscribers, more than Netflix, the industry veteran which saw its number of paying subscribers drop to 220, 67 million at the end of June.

Soon a series on BTS

The entertainment giant, which took more than 6% on the stock market during electronic trading after the close, also unveiled a new cheaper Disney + subscription formula, with advertising, according to a press release also published on Wednesday.

In all, Disney saw its turnover increase by 26% year on year, to $ 21.5 billion for the third quarter of its staggered fiscal year, a figure also above analysts’ expectations.

For the current quarter, Bob Chapek, the boss of the American group, is counting on new programs to win over new customers, such as She hulk: Lawyer, the new series from Marvel studios, Andor, a Star Wars series, and the film Hocus Pocus 2 from Disney. He also promised, during the conference call to analysts, a documentary series on BTS, the cult K-pop group.