Saúl ‘Canelo’ Álvarez announced that new establishments of his new convenience stores will soon be opened and that they will be called ‘Upper by Canelo Energy’.

Although few details have been shared about these new stores of the Jalisco boxer, it is known that they will have about 30 new branches in different parts of the Guadalajara Metropolitan Area (ZMG).

What do we know about Upper by Canelo Energy?

According to unofficial information, these new convenience stores launched by the man from Guadalajara would follow the same model as the establishments of the Oxxo franchise, which also has its own gas stations in different parts of the city (Oxxo Gas).

The official Upper portal, although it is open and accessible, has not yet shared more information about the store, but it welcomes the virtual user with the message “Upper by Canelo Energy® brings you products and services to recover in your day to day”.

Likewise, it shares the message “We believe that behind every great day there is a coffee that wakes you up, a sandwich that replenishes you or a drink to give you your best”, thus reaffirming the theory that it could be an establishment with very similar characteristics to the already conventional convenience stores in Mexico such as Oxxo and 7 Eleven.

Until now, Upper already has an open branch in Plaza del Sol, in the ZMG. 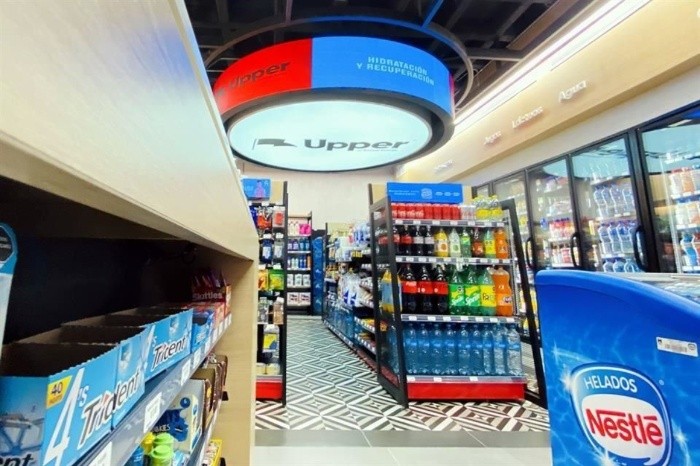 This is what the interior of the Upper by Canelo Energy store looks like, which was inaugurated on August 5, and is located inside the Plaza del Sol shopping mall. PHOTO: Emilio de la Cruz

Let us remember that in 2021, ‘El Canelo’ presented his Canelo Energy gas station chain with which he shared that he intended to open more than 100 establishments throughout the country, with which he began his career as an entrepreneur.

So far, Canelo Energy has not opened any branches, so the opening of Upper and this chain of gas stations could come hand in hand. IMAGE: Canelo Energy

Let us remember that in 2016 the Oxxo stores began to open their own attached gas stations, most of the time, to their convenience stores, so it is expected that the model of these Upper establishments will follow in their footsteps.