Do the leaders of this world have a nostalgia for the 1990s? One might think so in view of these photos where we see Emmanuel Macron, Boris Johnson, Bill Gates or even Tedros Adhanom Ghebreyesus, director general of the World Health Organization, wearing a pin on the lapel of their jacket.

This brooch, representing a circle adorned with several colors, is the same in all the photos. When asked by an Internet user about its meaning, many replied that it would be the symbol of the rallying of these great decision-makers to the New World Order and the Great Reset, the book by Klaus Schwaab, founder of the World Economic Forum, two ideas dear to conspiracy theorists. Others put forward references to the illuminati or even to the Bilderberg group.

Many commentators are even offended to see these “elites” show their obedience in public, since the photograph of the President of the Republic was taken during his speech at the “Goalkeepers” conference. in New York in 2018an initiative of the Bill and Melinda Gates Foundation.

The meaning of this pin is actually linked to a UN program, 20 Minutes takes stock.

This badge is a representation of the “Global goals”, 17 sustainable development objectives adopted by the 193 Member States of the United Nations (UN). On September 25, 2015, all UN members adopted a resolution, the Sustainable Development Agenda, aimed at transform the world by 2030 ». 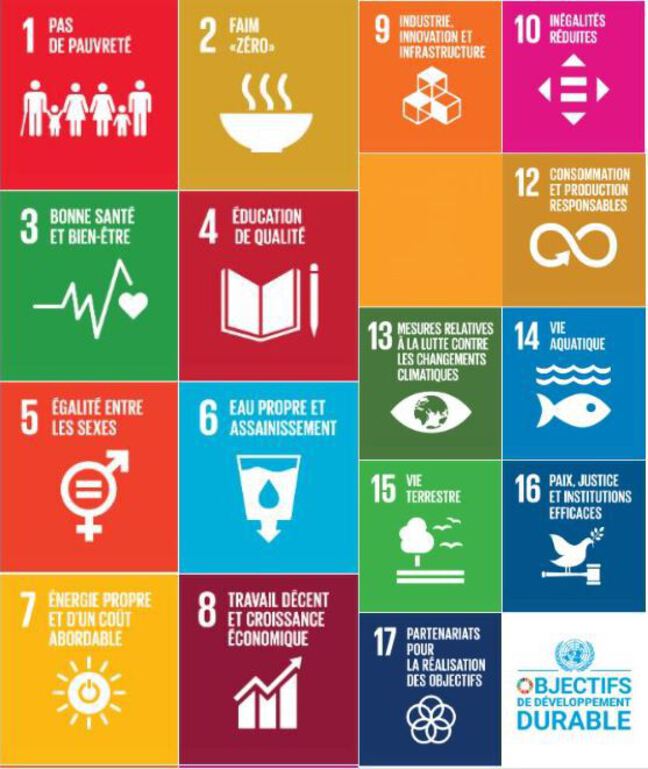 The resolution defines this program as a plan of action for humanity, the planet and prosperity: “It also aims to strengthen peace everywhere in the framework of larger freedom. We consider that the eradication of poverty in all its forms and dimensions, including extreme poverty, constitutes the greatest challenge facing humanity, and that it is a condition essential for sustainable development. »

Thus, the 17 defined objectives, visible on the UN site, evoke different subjects such as hunger, education, ecology, work, peace or even health and are each symbolized by a color. These are the colors that can be found on the pin’s worn by the leaders, and available for sale on the organization’s website.

Thus, the personalities who wear it are not members of a secret cult or a world conspiracy, but simply show their support for this program.

If the leaders, meeting in 2019, committed to strengthening the implementation of these objectives at the national level and to financing it, we are still far from the mark, in the words of the Secretary-General of the United Nations, Antonio Guterres, the September 22, 2020: “For the first time in thirty years, poverty is increasing. Human development indicators are at half mast. We have never strayed so far from the Sustainable Development Goals. […] This is moral condemnation From our era. »