Teacher strike throughout the country: a picket of teachers causes traffic chaos in Corrientes and Callao 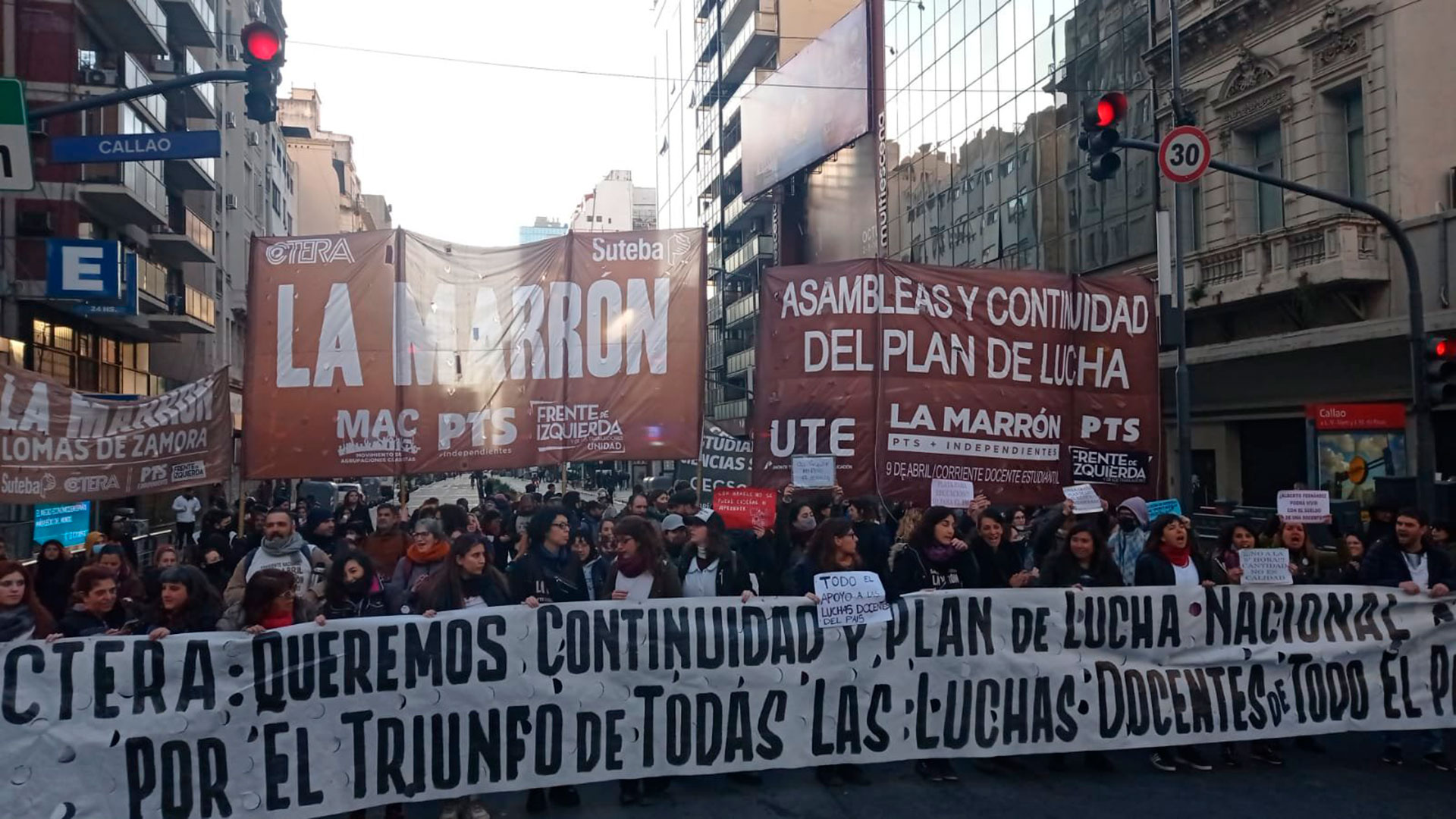 About 50 teachers cut traffic in Corrientes and Callao (@WalterVerst)

The Confederation of Education Workers of the Argentine Republic (CTERA) began a teacher strike throughout the country on Wednesday as a result of a legal conflict that could be resolved today in Chubut. In the City of Buenos Aires, a picket of teachers this morning causes traffic complications at the intersection of Corrientes and Callao avenues, in the heart of downtown Buenos Aires.

Although the adhesion is usually uneven between the provinces, millions of children who study in public schools will not have classes today.

Last week, Ctera announced the force measure and nationalized a conflict of provincial scope. It is that Santiago Goodman, former general secretary of Atech, the strongest union in Chubut, could today receive a sentence of between 3 and 10 years in prison. Judge María Tolomei found him guilty of the fire that occurred in the Chubut Legislature in the midst of a long protest in 2019.

For Sonia Alesso and Roberto Baradel, the main leaders of Ctera, it is an “armed” case that included “illegal espionage.” “We call for a national strike against the criminalization and judicialization of social protest and the conviction of our colleague Santiago Goodman,” they said in a statement. 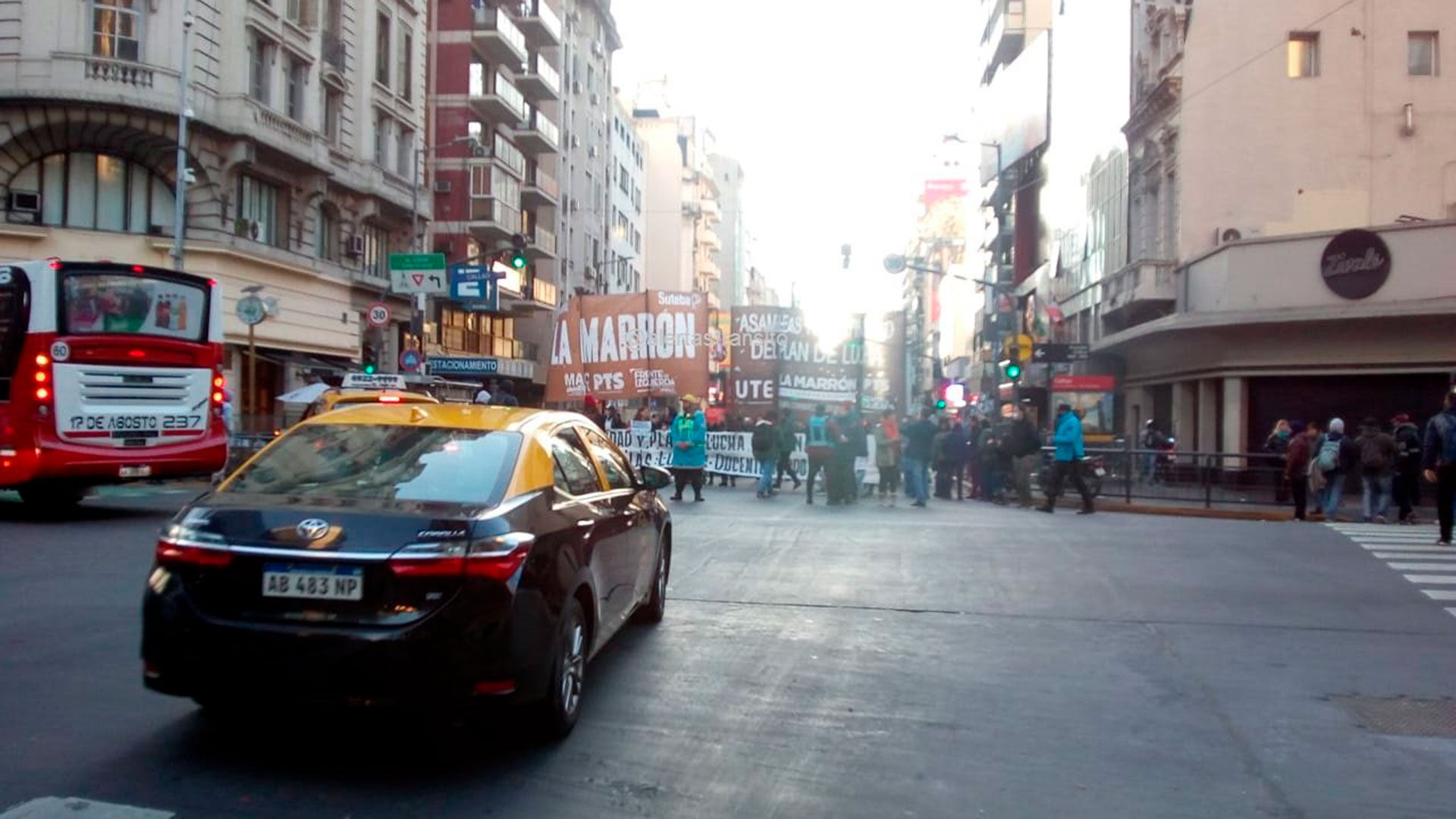 The incidents occurred on the night of September 17, 2019. The Atech union was holding a camp in front of the Chubut Legislature. Goodman is accused of setting fire to rubber tires that led to the building fire. He is accused of having started the fire “intentionally” and, in addition to causing material damage, the prosecutor considers that he put people’s lives at risk.

As part of this protest, in the early hours of September 18, two teachers, Jorgelina Ruiz Díaz and María Cristina Aguilar, died in a traffic accident on their way back from the march.

The fire was one more episode in a long conflict between the teachers and the government of Mariano Arcioni, which was triggered by the failure to pay salaries. The governor had promised in April of that year to adjust salaries to inflation and then could not sustain it. In 2019 there were practically no classes in Chubut public schools due to teacher strikes.

“Faced with this unfair trial and the clear criminalization of social protest, justice condemns our colleague Santiago Goodman, from CTERA we express our repudiation of the ruling of justice and demand the acquittal of Santiago Goodman”, they remarked from the majority union at the national level . Similarly, they reported that the union’s executive board will be present today in the province, accompanying the mobilizations. 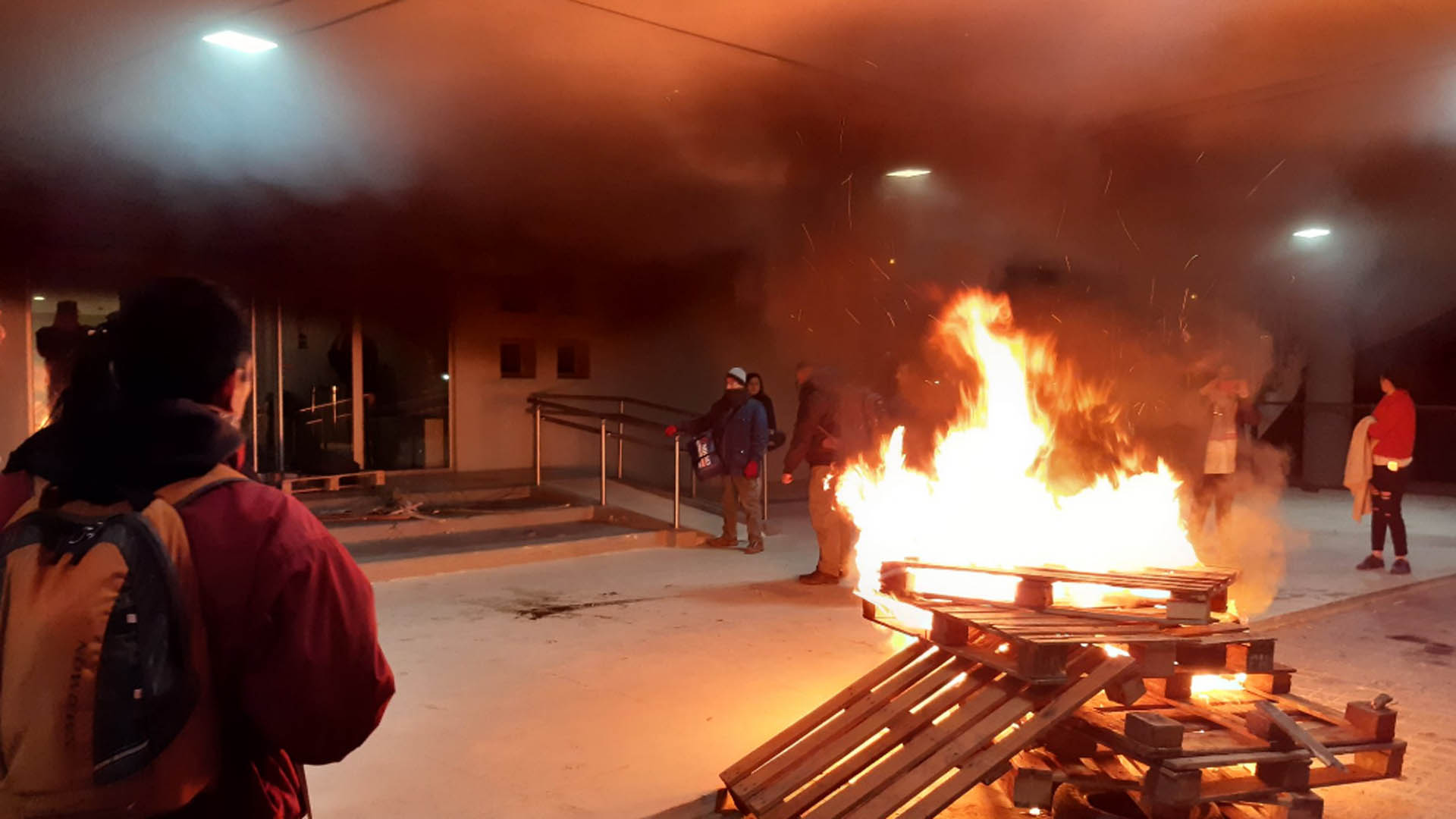 The call for a measure of force throughout the country caught the attention of some provincial governments, who consider that Ctera nationalizes a claim that should be limited to Chubut. This is the first national strike of the year – apart from the mobilization for Women’s Day – of the union, which has always been aligned with the government of Alberto Fernández.

In dialogue with Infobae, the Minister of National Education, Jaime Perczyk, revalidated the right to strike, but also marked the importance of fulfilling each day in the classroom. “We believe that everyone has the right to claim and in this context Ctera has the right to do so. But we also believe that school days, class hours are an asset to be protected and we believe that today there should be classes in all schools in the country”, he pointed out.

Different events will also be held today in provinces such as Mendoza, Santa Fe, San Luis, Río Negro and Corrientes calling for the “opening of the provincial joint ventures, the quarterly and emergency increase to retired national teachers” and that there be a call for the governments “to the teaching unions at parity to discuss the extended day”, in reference to the fifth hour of classes that the jurisdictions begin to add.