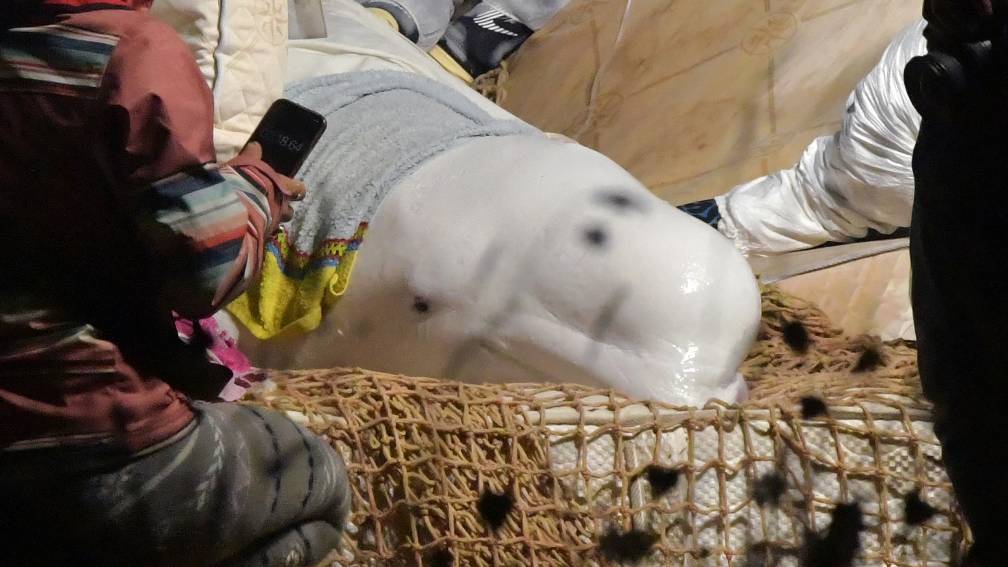 We managed to get the white dolphin out of the water in Paris. The animal was lost and perhaps also sick. The beluga had been swimming around in a river for days.

A beluga is also called a white dolphin, but it is officially a cetacean. The animal in Paris is about 4 meters long and 800 kilos in weight. The animals normally live in small groups in the sea.

The rescue operation was in the middle of the night, so that the animal would not get too hot. Belugas don’t like that.

At the moment he is being taken to the coast in a refrigerated truck. There he can first recuperate in a kind of swimming pool. If all goes well, the white dolphin will be released back into the sea.

Earlier we made this video about the stray white dolphin: