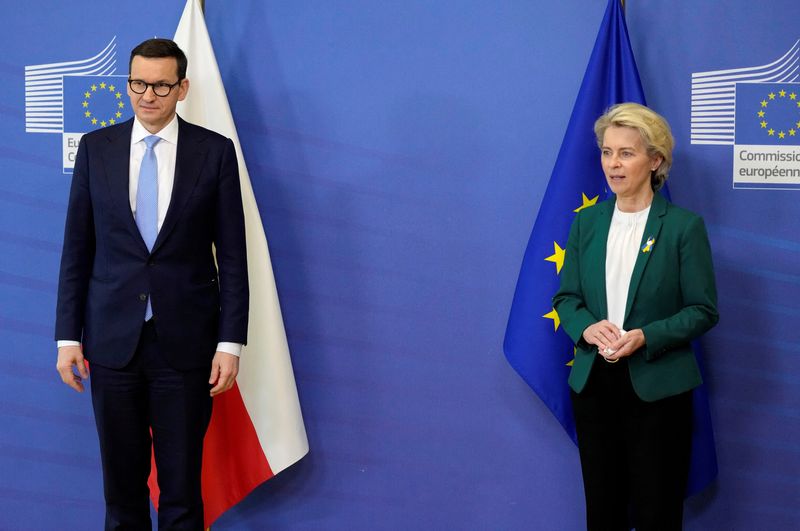 “Political practice has shown that the positions of Germany and France count more than all the others,” Morawiecki wrote for the German media outlet, calling for a more consensual approach.

“So we are dealing with a formal democracy and a de facto oligarchy in which the strongest hold power,” he said, adding that EU imperialism must be fought just like Russia’s.

The prime minister, whose nationalist Law and Justice (PiS) government has repeatedly clashed with Brussels over rule of law issues, said Russia’s invasion of Ukraine had exposed the EU’s shortcomings.

He called for “a profound reform that places the common good and equality at the forefront of the Union’s principles.”

Ruling party politicians in Poland have said Warsaw could strike back at the EU if the country does not receive its share of pandemic recovery funds. Brussels has signaled that it is not satisfied with Poland’s latest judicial reforms.