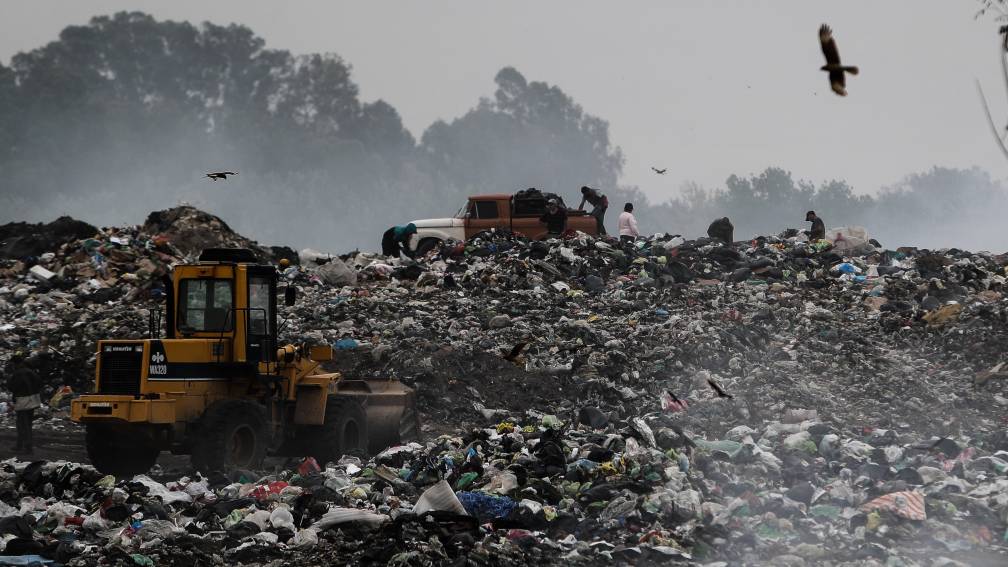 Researchers from SRON Netherlands Institute for Space Research are using a satellite to search for major methane leaks around the world. A garbage dump in Buenos Aires, Argentina, appears to emit tens of tons of methane per hour, comparable to the climate impact of 1.5 million cars.

The researchers also identify garbage dumps in India and Pakistan as major emitters. The results of their research were published today in Science Advances.

Reducing methane is the fastest way to mitigate the worst effects of climate change in the short term.

The research team used the Dutch satellite Tropomi to identify cities with high emissions. Buenos Aires (Argentina), Delhi (India), Lahore (Pakistan) and Mumbai (India) stood out. The emissions there are on average twice as high as previous estimates made on the basis of worldwide inventories.

“When we then zoomed in with a high-resolution satellite, we saw that there were garbage dumps in those four cities that are responsible for a large part of those emissions,” says SRON researcher Bram Maasakkers.

A visualization of the Tropomi satellite in space

“On the one hand, there is great excitement about the opportunities this technique brings,” said Manfredi Caltagirone, the head of the United Nations’ International Methane Emissions Observatory. “On the other hand, this discovery is also cause for concern, as it provides additional evidence for the magnitude of the problem.”

Methane is an almost thirty times more potent greenhouse gas than CO2. After CO2, methane is the gas with the largest contribution to climate change: about a quarter of current warming is caused by it.

Worrying, but there is also hope. Methane only remains in the atmosphere for a relatively short time, so that the amount would fall quickly if we emitted less of it. That is, therefore, “the fastest way to mitigate the worst effects of climate change in the short term,” says Caltagirone.

“If we cut methane emissions by 40 to 45 percent by 2030, we could reduce warming by a third degree Celsius by 2040. That is huge in climate terms. It is an opportunity that we absolutely cannot miss in our quest to avoid the worst effects of climate change.”

The first step to reduce emissions from the garbage dumps would be to reduce the waste that is produced, says SRON researcher Bram Maasakkers. “You can then ensure that that organic waste does not end up in the landfill, but is used for compost or to produce biogas. And finally, you can capture methane by working with a cover and an installation that collects the methane gas.”

Argentina and Pakistan are among more than 100 countries that signed the United Nations Global Methane Pledge last year. In doing so, they committed themselves to reducing methane emissions by 30 percent by 2030, although there are no binding agreements in the pact. India did not sign.