Firefighters very worried about the evolution of the fire in Gironde

On the A63 motorway which connects Bordeaux to Bayonne, it is a real wall of smoke which now stands in front of motorists, at the level of the Arcachon basin. The traffic conditions are becoming so dangerous that the authorities announced this Wednesday morning, during a press briefing at the Landiras PC (Gironde), that the axis was going to be cut off to traffic in both directions, which will allow firefighters to set up firewalls.

#fire in #Gironde the fire continues to progress near Saint-Magne pic.twitter.com/durmqKukSq

A decision with serious consequences, especially in this summer period. “This requires an organization to see where exactly we are going to pass the heavy goods vehicles, and how to develop the secondary axes” explains Martin Guespereau, the delegate prefect for the defense and security of the south-west zone, who announces that patrols gendarmes’ mobiles will be put in place.

The situation is indeed critical this Wednesday, in this area of ​​southern Gironde and which goes to the north of the Landes. The fire which “had buried itself” since mid-July in the Landiras sector, where 14,000 hectares of forest have already burned, has resumed with vigor since Tuesday afternoon, devouring 6,000 hectares of forest in its path.

Faced with the progression of the flames, 3,600 people were evacuated Tuesday night from the municipalities of Saint-Magne, Belin-Béliet and Hostens, 2,000 are “being evacuated” as well as 200 in the Landes. In Belin-Beliet, a village now enveloped in a thick veil of smoke, it is the commotion at the town hall to organize the evacuations, reassure the inhabitants, who despite everything retain their calm. 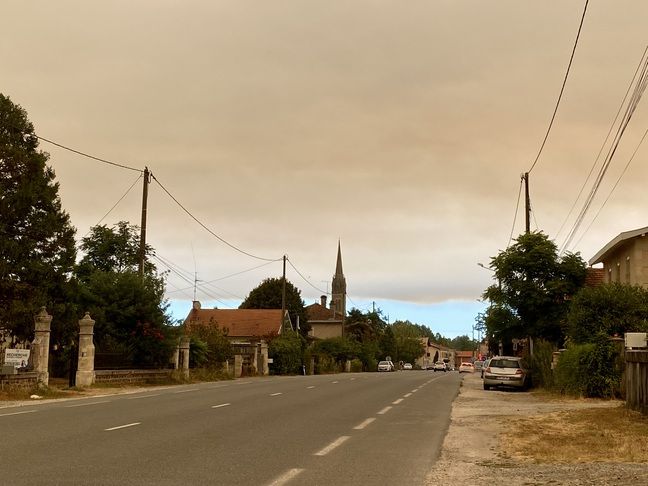 The situation seems worse than what firefighters experienced in July in this same sector. “We are facing a front which was much more virulent and rapid this night than in July, which explains the destruction of sixteen houses, analyzes the general controller Marc Vermeulen, director of the departmental fire and rescue service of the Gironde. The situation remains critical, because we have unfavorable weather conditions. It is to be expected that other hot spots will appear. » 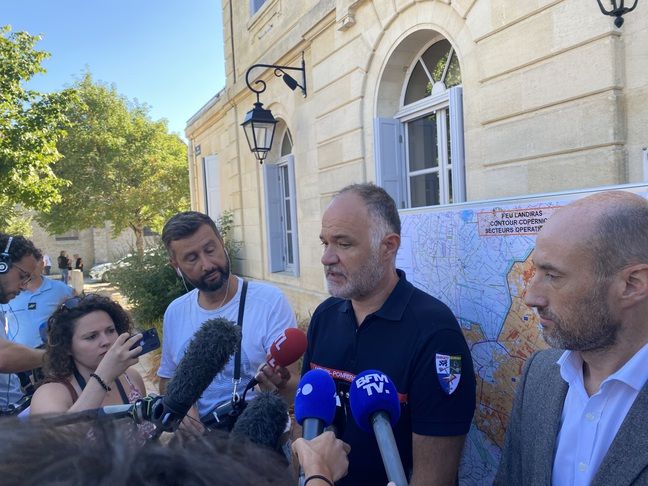 “The departmental domain of Hostens is now three-quarters burnt,” announced the president of the department of Gironde Jean-Luc Gleyze. in the South West columns. “The fire is now approaching the leisure base. »

The Landes prefecture says for its part “very attentive to the evolution of the situation this Wednesday afternoon, in particular with regard to the commune of Saugnacq-et-Muret which we are following. She prepares to be evacuated.

The firefighters had to deal with forty fire starts on Tuesday throughout the Gironde, and some 500 firefighters were hired on Tuesday on this “construction site”, supported by aerial means (two canadairs, a dash and three helicopters coming). “The positive point is that we managed to cover each of these 40 fire outbreaks, preventing them from consuming too large surfaces, notes Marc Vermeulen, but each time this mobilizes significant resources, and we do not unable to leave the premises due to the boggy soils. It is therefore necessary that we go back in power at the level of reinforcements even if there is tension at the national level, with many fires all over France. »

Wear is also beginning to be felt. “It concerns men as well as equipment, underlines the departmental director, since we have 40 vehicles unavailable because of their solicitation since July. »

The Minister of the Interior Gérald Darmanin announced this Wednesday noon having “decided to reinforce the means mobilized: more than 1000 firefighters, 9 planes and 2 water bomber helicopters” are now engaged against the flames.

The origin of these fire starts “is not known”, assures Martin Guespereau, “but obviously some are criminals. This is why “the gendarmes are setting up a whole new system for tracking down arsonists, because it is a question of dissuading them and catching them. This device, VigiForêt, is made up of a platoon of reserve gendarmes who will travel through the forest areas using all-terrain motorcycles. They will be supported by a helicopter and 4x4s, “to ensure that all areas of action are safe. »