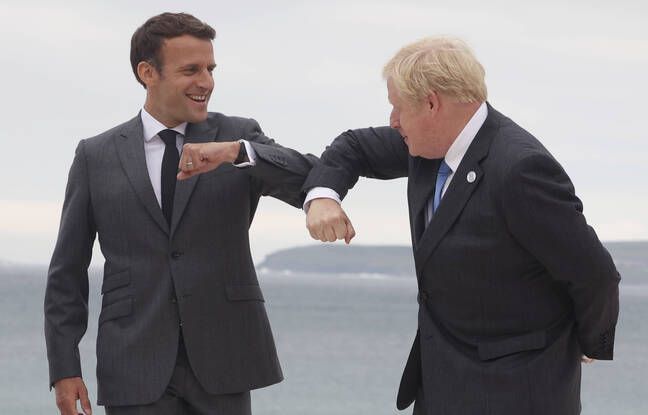 While a new tenant will soon be settling in Downing Street, Boris Johnson and Emmanuel Macron took stock of their relationship by telephone on Tuesday. The French president and the resigning British prime minister welcomed their cooperation over the past few years and stressed the importance of continuing to “support Ukraine for as long as necessary”.

“They thanked each other for their friendship and camaraderie” and felt that bilateral cooperation had “made a difference on many international issues,” said a Downing Street spokesperson.

The difficulties linked to Brexit

However, relations have not always been good due to litigation related to Brexit, particularly on fishing, and the strong personality of the two leaders.

Emmanuel Macron, on vacation at Fort Brégançon in the south of France, and Boris Johnson also said they were “convinced that the bilateral relationship would continue to strengthen in the years to come”. A summit is also planned between the two countries in the coming months, but Boris Johnson will then no longer be in office. The British Prime Minister resigned in early July after months of scandals. Members of the Conservative Party are currently voting to appoint his successor, who will be known on September 5. Foreign Minister Liz Truss is the favorite against the former finance minister.

Emmanuel Macron and Boris Johnson also reaffirmed “their determination to support Ukraine for as long as necessary, and to maintain a high level of coordination between partners to meet the needs of Ukrainians in military, humanitarian and economic matters”, for his part underlined the French presidency.

Referring to the blockage of cereals due to the conflict in Ukraine, “they reiterated their support for European efforts to allow the export of volumes by road and river”, she added. Emmanuel Macron also “praised the leadership of the (British) Prime Minister on Ukraine”, underlined London. Boris Johnson has indeed been at the forefront of Western support for Ukraine. He was one of the first to go to kyiv after the start of the Russian offensive on February 24. After a first visit on April 9, he returned there on June 17, the day after a joint visit by Emmanuel Macron, German Chancellor Olaf Scholz and Italian Prime Minister Mario Draghi, who himself has since resigned.