Dozens of refugees missing after boat capsize in Rhodes | NOW 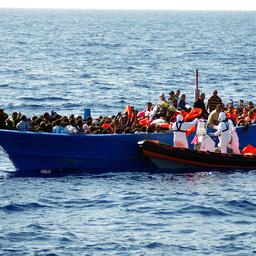 A boat carrying refugees capsized in the night from Tuesday to Wednesday near the Greek island of Rhodes. Greek authorities are said to have rescued about thirty people, several dozen are still missing.

The Greek emergency services therefore launched a major search for the missing persons on Wednesday morning. A search is underway with two Coast Guard boats, a naval vessel, an Air Force helicopter and at least three ships that were in the vicinity, the police said. NOS.

Sixty to eighty refugees were present on the boat. A total of 29 people have been rescued from the sea so far. The rescue operation is hampered by the strong wind.

According to the Greek coast guard, the boat was on its way to Italy from the Turkish city of Antalya. The rescued migrants are all men, from Afghanistan, Iran and Iraq.

Greek authorities say they are currently seeing an increase in the number of attempts by migrants to reach Europe via Greece.