Can Mendy be sentenced to life for rape by English justice? 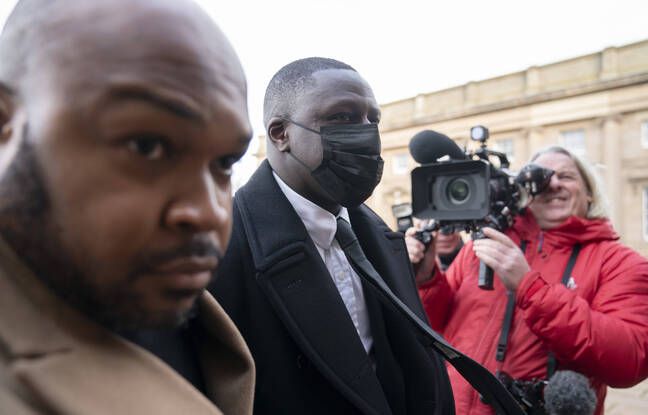 What fate does British justice reserve for Benjamin Mendy? The trial of the French international opens this Wednesday in Chester in Great Britain. The Manchester City defender will have to answer for the facts of eight rapes, an attempted rape and a sexual assault in England before the judges. Accusations he has always denied. To follow this trial and predict the outcome, we French will have to forget our knowledge of criminal law (if you had any), because on the other side of the Channel, we do not dispense justice as in France.

Starting with how the law describes rape. In France, according to the penal codeis described as rape “any act of sexual penetration, of any nature whatsoever, or any bucco-genital act” committed on a person by “violence, coercion, threat or surprise”. In the UK the law says that there is rape when an individual (A) “intentionally penetrates the vagina, anus or mouth of an individual (B) with his penis without B consenting to this penetration and that A does not reasonably believe that B agrees to it”. The text specifies that “the measures taken by A to verify whether B was consenting” will be taken into account. The notion of consent could therefore have a central place in the defense arguments.

The presumption of innocence above all

The second major difference lies in the application of the principle of the presumption of innocence. “English justice is much more rigorous in its respect than France”, confided to 20 Minutes George Parastatis, lawyer at the Paris staff. And for those whose field of intervention covers international criminal law, if this presumption is also well guaranteed, it is because of the notable differences between the two countries in procedures, but also in habits.

“In France, the criminal investigation is first led by an investigating judge who records everything in writing. The oral criminal trial then tries to confirm or not this written investigation beforehand. Whereas in England everything is oral: the investigative work, the hearing of witnesses, that of the accused person and even the trial…”, explains the criminal lawyer. During the trials, it is the police officers themselves who come to transcribe the report of the hearings and the different parties who tell their versions. Hard to imagine in our country reputed king of paperwork. Direct consequence: “French judges find it difficult to get rid of what may have been said in the past, even years ago”, observes Georges Parastatis.

“The plaintiffs are not at the heart of the trial”

Another element contributing to the application of the presumption of innocence is the treatment of presumed victims. “There is no civil party to the criminal trial, explains the lawyer Jessica Finelle, expert in national and international criminal law. The plaintiffs are heard as witnesses and are therefore not represented by a lawyer”. Only the prosecution faces the defense as a party. It must be understood that “the plaintiffs are not at the heart of the trial, whereas in France, and even more since MeToo, they have a prominent place at the hearing”, completes Alois Blinlawyer at the Paris staff.

In France, when people file a complaint for similar facts against the same individual, “the prosecution makes it an argument of guilt by saying that if there are several, it is not a coincidence”, considers Georges Parastatis. In the United Kingdom, strict respect for the presumption of innocence means that this is not an argument and “the magistrate will not direct the debates in this direction”. Finally, “the jury does not have access to the criminal record of the accused when it is asked to rule on guilt”, assures Jessica Finelle. So many elements, which according to the lawyer allow British justice to be “very respectful of the rights of the defense and the presumption of innocence”.

The height of the sentence, a separate matter

In addition to the course of the trial, the sentence incurred by Benjamin Mendy could also be very different from that which he risks in France. Firstly because the sentences for rape “range from 4 years to life imprisonment, depending on the circumstances”, notes Jessica Finelle. If this maximum penalty is rarely applied, Georges Parastatis recalls that in Great Britain, the penalties are cumulative. With eight rape charges, the player could therefore quite end his life in prison, “while in France the maximum sentence for rape is 20 years regardless of the number of victims”, specifies the lawyer.

Regarding the height of sentences, the English system is much more structured and divided. A first jury status on the defendant’s guilt. “If he admits his guilt for all or part of the charges, there is a second procedural step, this time composed of professional judges who establish the sentence on the basis of guidelines according to the circumstances and the behavior of the author. , explains Alois Blin. In France, the sentence remains random, especially when it is decided by non-professional jurors”.

And if the victims want to seek compensation, “they will have to seize the civil judge”, within the framework of a separate hearing, adds Jessica Zimeray. In France, the guilt, the sentence and the damages awarded to the victim are pronounced at the same time.

Star or no star, the same thing

In England where the tabloids have a preponderant place and feast on this kind of affair, one would think that the celebrity of Benjamin Mendy will not be an advantage. But for Georges Parastatis this should play neither in his favor nor against. “Over there, a homeless person would be judged the same way as him”. Aloïs Blin notes however that if the fact of being known should not in theory play on the conviction, in one country as in the other, “it is sure that it is not an advantage”.

A final point could, however, weaken Benjamin Mendy’s defense in the event that the trial turns towards his guilt. Judged in France, we would have sought, with blows of experts and analyses, to understand why the accused acted thus and justice would have punished him more or less severely in function. “In the United Kingdom, we are just innocent or guilty, and in the second case, we seek much less to analyze the psychological intricacies of an act”, concludes Georges Parastatis.