Berlusconi hopes to return to Senate 10 years after ousting 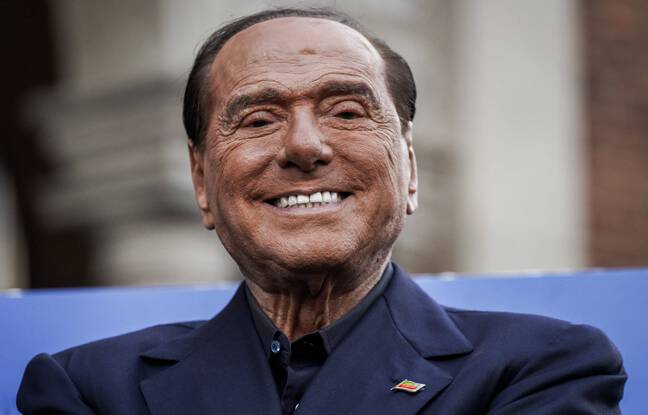 His comeback is likely to make noise on the other side of the Alps. Silvio Berlusconi, former head of government at the heart of numerous scandals, announced his intention to return to the Italian Parliament on the occasion of the legislative elections in September, after ten years of absence in the Hemicycle. “I think that in the end I will run as a candidate for the Senate, so that all those people who asked me to be finally happy,” the 85-year-old billionaire and media mogul told Rai radio.

Even without a mandate, Berlusconi remained influential on the Italian political scene. He had thus been a candidate for the presidential election, before throwing in the towel last January. After helping to bring down Prime Minister Mario Draghi last month by withdrawing his support, Berlusconi’s centre-right Forza Italia party looks set to return to power with elections for MPs and senators scheduled for September 25. He is part of a right-wing coalition dominated by Giorgia Meloni’s post-fascist Brothers of Italy, which includes Matteo Salvini’s Anti-Immigration League.

Forza Italia, the “moderate and centrist counterpart of the right-wing coalition”

Berlusconi has brushed off reports that he is worried about the possibility of Giorgia Meloni, whose motto is “God, Fatherland and Family”, becoming head of government of the eurozone’s third-largest economy. Noting the agreement between them that whoever wins the most votes chooses the prime minister, he said: “If it’s Giorgia, I’m sure she’ll be able to carry out this difficult task.”

But he urged voters to back his party as the coalition’s moderate voice, stressing its European and Atlanticist stance. “Each additional vote in favor of Forza Italia will strengthen the moderate and centrist profile of the coalition,” he said in a separate interview published in Il Giornale newspaper on Wednesday.

A series of scandals

Berlusconi was Italy’s prime minister three times, in the 1990s and 2000s, but dominated public life for much longer at the helm of a vast media and sports empire. The Senate expelled him in November 2013 after his conviction for tax evasion, he was banned from participating in a legislative election for six years but he was elected to the European Parliament in 2019.