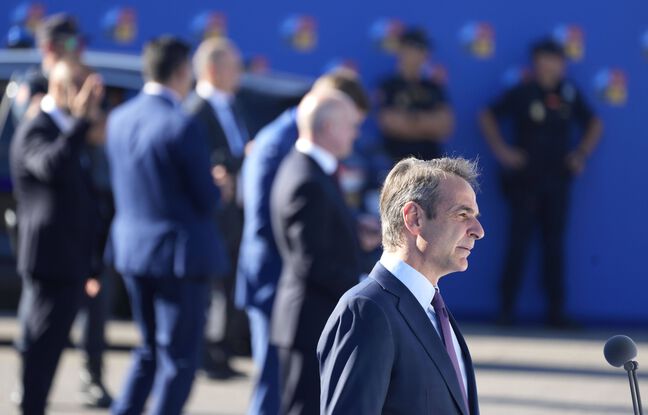 The telephone tapping scandal shakes Greece even on the benches of Vouli. The Greek government announced on Tuesday that the return to parliament would be brought forward by a week, accepting the request of the left-wing opposition for an “extraordinary debate” in the Assembly.

“The government has agreed to bring forward the opening of Parliament to August 22 instead of August 31 as initially planned,” government spokesman Yannis Economou told reporters. The conservative government of Kyriakos Mitsotakis is under enormous pressure after the revelation of the surveillance by the national intelligence services (EYP) of Nikos Androulakis, an MEP who became leader of the socialist opposition by taking the helm of the Pasok-Kinal, the third parliamentary party.

An “error” which has already led to two resignations

On Monday evening, hours after the Prime Minister admitted EYP surveillance of Nikos Androulakis while calling it a “mistake”, the leader of the main left-wing opposition party Syriza, Alexis Tsipras, claimed ” the end of the summer holidays” of Parliament and “an extraordinary debate in the Assembly” on illegal surveillance. “Today no one can say how many and which politicians, journalists or other citizens have suffered the lifting of secrecy,” castigated Alexis Tsipras, former Prime Minister (2015-2019).

This affair led to two resignations last week in the entourage of Kyriakos Mitsotakis, that of the head of the EYP Panagiotis Kontoleon and that of the secretary general of the office of the Prime Minister, Grigoris Dimitriadis, who is also his nephew.

During an address to the nation on Monday, Kyriakos Mitsotakis assured that he was not aware of the EYP’s decision to monitor Nikos Androulakis “between September 2021, when he was an MEP, until December of that year, a few days after his election to the presidency of the Pasok-Kinal”.

He stressed that this surveillance was “legal” but that it was “unacceptable”. But the opposition and the media have criticized the “dismissal of responsibility” by the Prime Minister. The EYP was brought under his aegis under a controversial amendment in August 2019, days after his right-wing New Democracy party came to power.