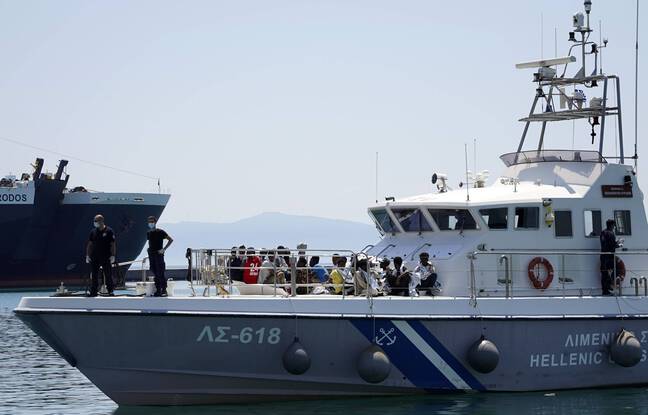 It is a new tragedy in the Mediterranean. “Up to 50 people are missing” in the sinking of a migrant boat this Wednesday off the Greek island of Karpathos in Greece, announced a Greek coastguard official.

“According to the statements of 29 people rescued, there were 80 people on the boat, so up to 50 people are missing,” said the official. Since early Wednesday morning, the coastguards have been searching for the missing whose boat sank after setting sail from the neighboring Turkish coasts.

From Turkey to Italy

The rescue operation was ordered at dawn on Wednesday by Merchant Navy Minister Yannis Plakiotakis after being informed of the sinking of this migrant boat in difficulty off the islands of Karpathos and Rhodes in the Aegean, according to a press release from the coast guard. The boat had sailed from the Turkish city of Antalya, located on the neighboring Turkish coast, with Italy as its destination, according to initial information from the coast guard.

Four boats that were sailing in the area of ​​the sinking, two coastguard patrol boats and a helicopter from the Greek Air Force, are taking part in the search for the missing. These are hampered by strong winds of 40 to 50 km / h (7 on the Beaufort scale), indicated on the radio Skaï Nikos Kokalas, spokesman for the coast guard, stressing that “many shipwrecked people do not were not wearing life jackets.

Dozens of deaths every year

The perilous crossing of a few nautical miles between the Greek islands and the Turkish coasts in the Aegean Sea, located in the eastern Mediterranean, costs the lives of many migrants and refugees who try to cross to Europe on board makeshift boats to flee wars and misery. Since January 2022, 64 people have died in the eastern Mediterranean, and 111 in 2021, according to the International Organization for Migration (IOM).

The last shipwreck in the Aegean Sea took place on June 19: eight people died off the island of Mykonos while 108 people were rescued by the Greek coast guard, according to the IOM. The number of arrivals of migrants and refugees in Greece, mainly from Turkey, has increased this year, according to the Greek authorities.

Athens accuses Ankara of turning a blind eye to the practices of smugglers and letting migrants come to Greece in violation of the March 2016 agreement which provided for an effort by Turkey to limit migration from its territory, in exchange for European financial aid. Turkey denies these accusations.

Greece, for its part, is singled out by NGOs and the media for its responsibilities in the illegal refoulement of migrants on its maritime and land borders. The conservative Greek government claims to have always refused to carry out such pushbacks. At the end of June, the European Commissioner for Home Affairs, Ylva Johansson, called on Athens to put an end to the “violent and illegal expulsions” of migrants.