Strong rise in soybeans due to climate problems in the US: the ton once again exceeded USD 600 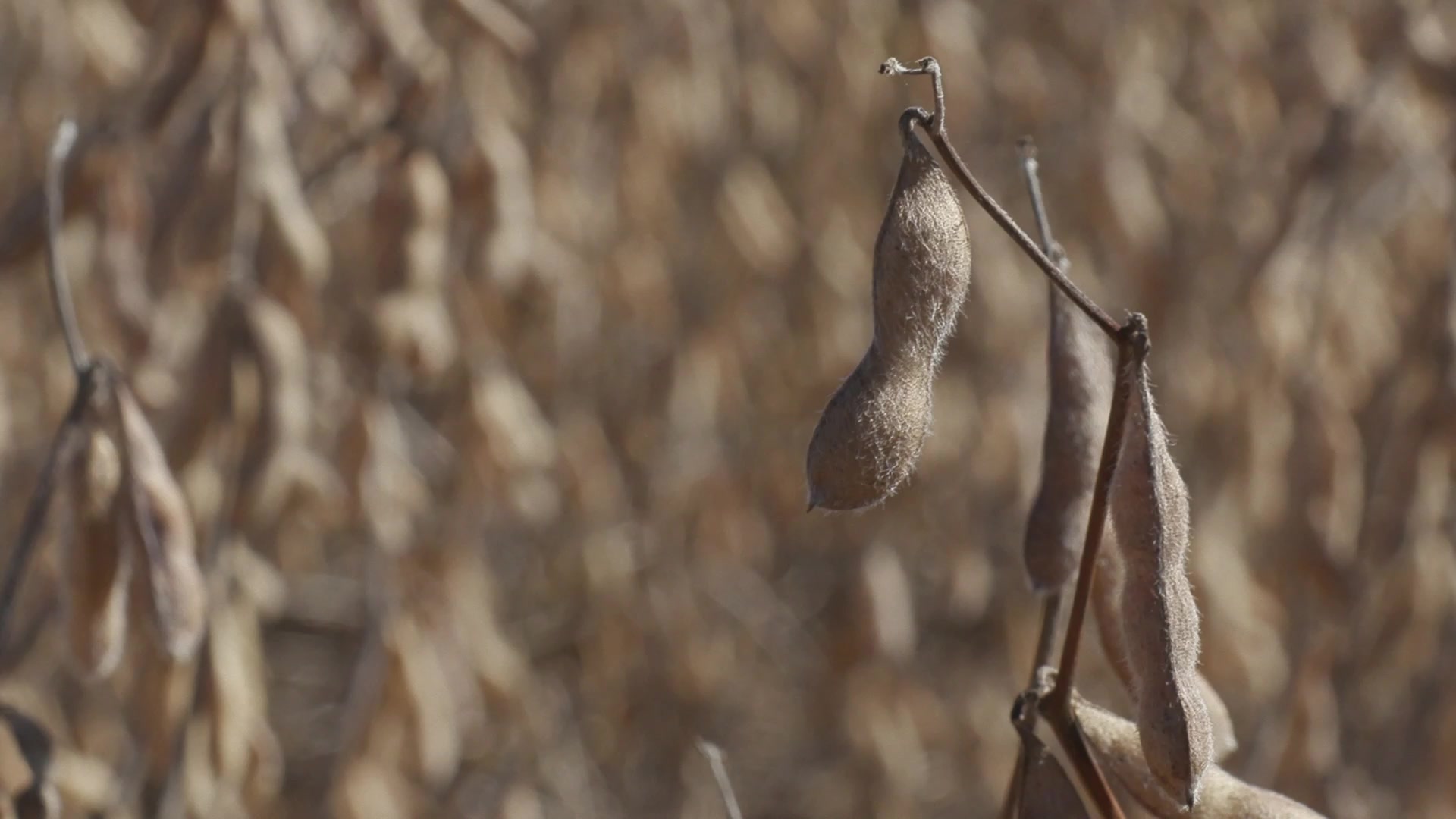 The international price of soy rises.

The international price of soybeans registers significant increases in the Chicago market and is once again trading above USD 600 per ton. At a time when concern is growing among operators about the impact of the dry weather in the United States ahead of the next harvest. The values ​​of wheat and corn also rise.

The oilseed contract maturing this month rose by 4.55% or USD 27.10 and per ton is trading at USD 622.19, as a result of the latest report from the United States Department of Agriculture (USDA) where He explained that the condition of the crops in the aforementioned country is 1% below the previous week, while the effect of the lack of rain is increasingly important. In addition, the strength of the price of crude oil underpins the prices.

On the wheat side, the prices of the next September contract in Chicago increased by 0.22% or USD 0.64 and the ton was quoted at USD 287.17. In this case, the USDA reported that the condition of spring wheat was rated good to excellent at 64%, which is 6% below the previous week. In the case of Argentina, also in a planting that is about to end due to a lack of rain, the Rosario Stock Exchange reported that in the core zone 35% of the wheat is in a condition between fair and poor.

And in the case of corn, the September position of this year registered an increase of 1.15% or USD 2.76 and the ton was quoted at USD 242.31, due to the concern about lower yields, as Crop conditions worsen in major producing states like Iowa, Minnesota and Nebraska. 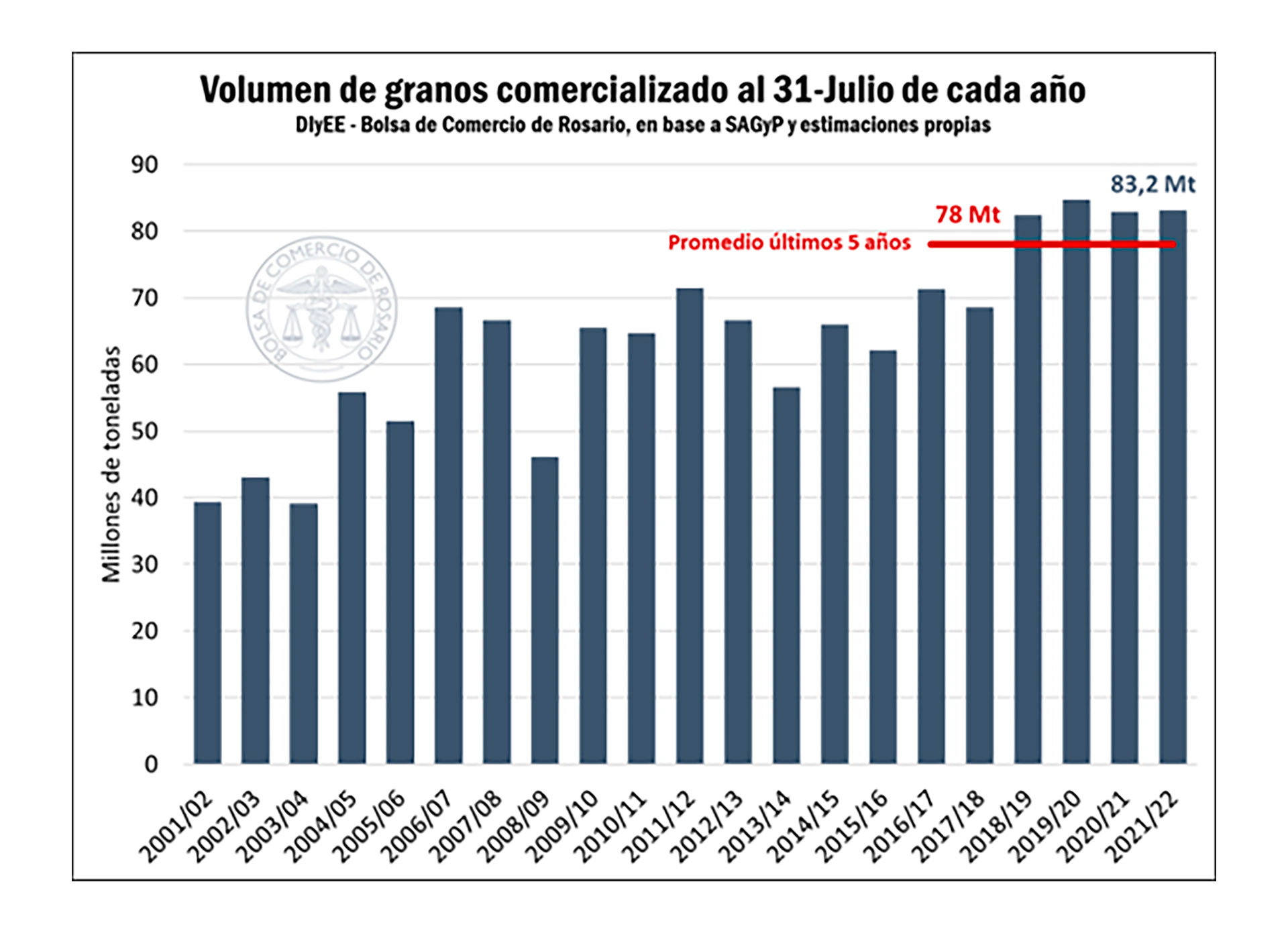 Detail of the volume of grains marketed to date. (Rosario Stock Exchange)

In the case of soybeans, and in Argentina, the Government’s eyes are directed to the commercialization of the last harvest by producers, which has registered a fall in the midst of the context of political and economic uncertainty. In this regard, the Secretary of Agriculture, Juan José Bahillo, pointed out that work is being done to improve the access mechanism to the financial instrument launched by the Central Bank days ago to speed up sales. “We need the producers to settle the harvest dollars and we have taken the request to improve the mechanism, to make it more attractive to the producers,” he said today at an event that brought together sectors of the agribusiness chain.

A report prepared by economists from the Rosario Stock Exchange detailed that in the first half of this year, both in volume and value, agro-industrial exports reached a historical record. But it was also pointed out that in the mentioned period the producers commercialized a higher volume of grains than that registered at the same time last year, beyond the differences that exist within each product, especially in the commercialization of soybeans.

The report detailed that between January and July of this year, the oilseed and grain sector liquidated foreign currency in the Single Free Exchange Market (MULC) for USD 22,093 million. This is a historical maximum for the first half of the year, registering an increase of 9% year-on-year, which was the previous maximum reached.

Another part of the report referred to the level of grain sales by producers so far this year, considering the marketing of soybeans, corn, wheat, barley, sorghum and sunflower. According to the detail presented by the Rosario Stock Exchange, at the end of last month the second highest record in history was reached, with 83.2 million tons sold. It is 5 million tons above the average of the last 5 years and it was only behind the 2019/20 campaign when Argentina achieved its production record.

Dollar today: the free price fell to $292 for saleLower consumption: retail sales fell 3.5% in July amid uncertainty and price remarksMarkets: stocks and bonds rise waiting for more economic newsHow much is your used car worth: August prices and the ten best-selling models