PSV took a new step towards the group stage of the Champions League on Tuesday thanks to a spectacular victory over AS Monaco. In their own Philips Stadium, the team of coach Ruud van Nistelrooij settled with Monaco after extra time: 3-2.

PSV initially seemed to bow to AS Monaco in regular time, but thanks to a goal by substitute Érick Gutiérrez, the home team dragged out an extension. Luuk de Jong scored the winning goal with a header.

The roles were rotated 180 degrees in the atmospheric Philips Stadium compared to the first leg in Monaco. Although Joey Veerman opened the scoring just like a week ago, it was AS Monaco that dictated almost the entire game.

PSV will compete for a Champions League ticket in the play-offs with Giovanni van Bronckhorst’s Rangers FC. Last season’s Europa League finalist made up for a 2-0 deficit in front of his own audience against the Belgian Union Saint-Gilloise with a 3-0 win.

If PSV succeeds in overcoming the last hurdle, two Dutch clubs will be active in the main tournament of the Champions League for the first time since the 2018/2019 season. As national champion, Ajax is assured of a place in the group stage of the European ball of millions.

Joey Veerman opened the scoring in the Philips Stadium. Joey Veerman opened the scoring in the Philips Stadium.

Veerman opens score against proportion in

With the same eleven names as in the first leg, PSV made a nervous impression in the opening phase. In the first minute, Armando Obispo prevented Wissam Ben Yedder from opening the score at the last minute and Monaco dictated in the minutes after as well.

Despite the visitors’ dominance in the game, PSV took the lead in the 21st minute. After a combination down the right flank between Ismael Saibari and Phillipp Mwene, Veerman was found on the edge of the penalty area. The midfielder fired in controlled.

PSV’s goal did not change the game image. Until the break, AS Monaco continued to rule, without creating too many great opportunities. On the other hand, PSV attackers Cody Gakpo, De Jong and Saibari were unable to achieve much in the switch.

Érick Gutiérrez signed as a substitute for the equalizer. Érick Gutiérrez signed as a substitute for the equalizer.

Due to the lack of attacking ability, it continued to watch out for PSV after the break, which mainly had to fear the standard situations of Monaco. That was confirmed in the 55th minute, when Guillermo Maripán headed the post out of reach of goalkeeper Walter Benítez. Less than three minutes later, Maripán was still accurate, this time with his foot.

Shortly after the equalizer, Van Nistelrooij intervened by introducing André Ramalho and Gutiérrez, but those substitutions did not yield the desired result. Due to the loss of the ball by Gutiérrez, Monaco was able to counter in the seventieth minute and the visitors took the lead via Wissam Ben Yedder.

The chase for the equalizer didn’t exactly get off the ground, until Gutiérrez appeared at the far post in the 89th minute to make up for his mistake. After a clever free kick, the Mexican headed in on the edge of offside. 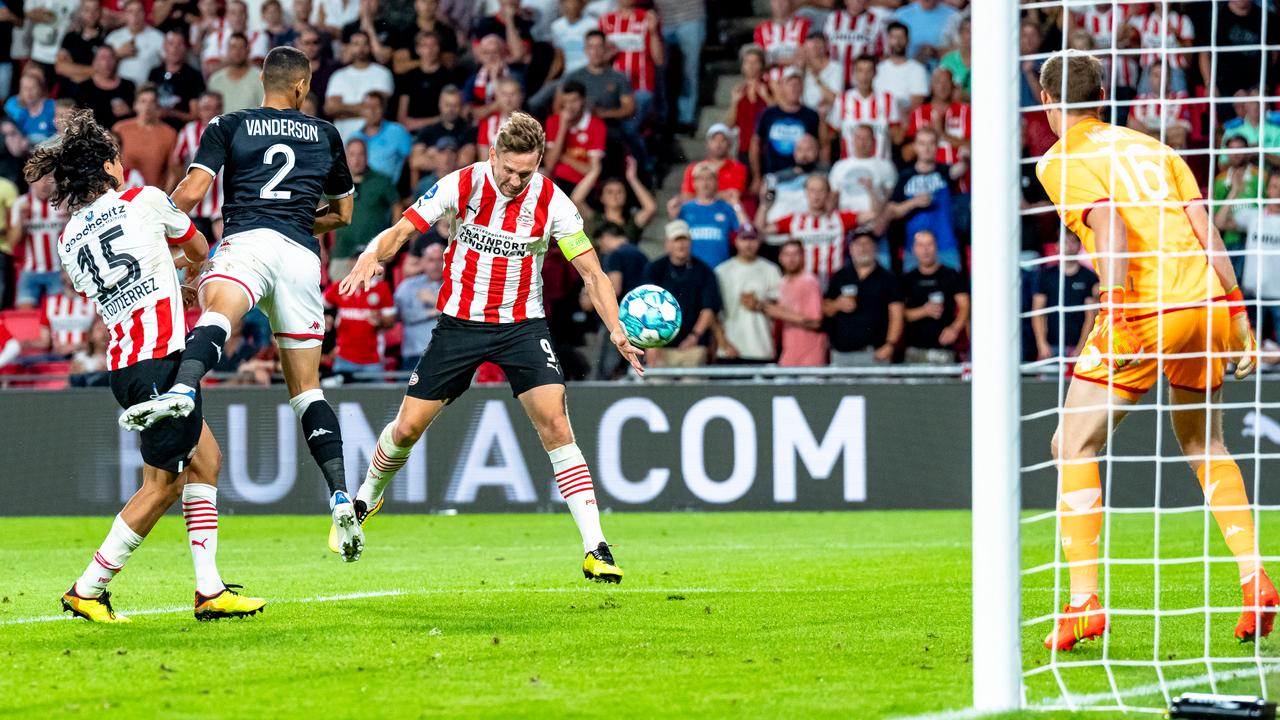 PSV also under pressure in extension

With the late equalizer in their pocket, PSV started the extension with the moral advantage, but Van Nistelrooij’s team failed to grab Monaco by the throat. In fact, after three minutes PSV escaped another deficit when Breel Embolo headed the ball on the crossbar.

While the forces drained and some players were on their last legs, De Jong claimed the leading role. The striker headed in a perfect cross from Jordan Teze and brought the Philips Stadium into ecstasy.

With about twelve minutes to go, PSV successfully withdrew, supported by the crowd. Monaco still had the perfect chance to equalize with a free kick on the edge of the penalty area, but the Monegasque’s attempt ended in the wall to the relief of the people from Eindhoven.