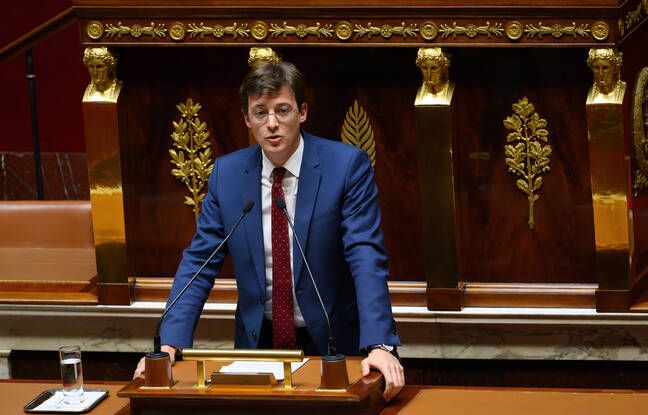 Debates on immigration promise to be heated within the majority. Renaissance MP (ex-LREM) Sacha Houlié tabled a bill on Tuesday to “grant the right to vote and stand as a candidate in municipal elections” to all foreigners, even non-Europeans. An exit which provoked criticism from Gérald Darmanin, from the right and from the RN.

“This recognition is long overdue. We owe it, however, to those who have often and for a long time participated in the dynamism of our society”, defends the text of the proposal, which also denounces “discrimination between two categories of foreigners”. Since 1992, only citizens of member states of the European Union can vote in municipal elections. Sacha Houlié wants to lift this condition.

Darmanin “strongly opposed to this measure”

“It no longer shocks anyone to see Spaniards or Bulgarians voting in municipal elections in France. But it shocked a lot of people that the English no longer had the right to vote in France after Brexit, ”explains the deputy of Vienne to AFP. Houlié will present this bill, “filed in a personal capacity”, to the Renaissance group at the start of the parliamentary term.

Sea serpent on the left, this right to vote for foreigners in local elections had been promised by François Mitterrand and François Hollande, without success. Interior Minister Gérald Darmanin, who proposed a debate in Parliament in October on immigration, “is firmly opposed to this measure”, his entourage told AFP.

Ciotti and the RN against this proposal

On the right, LR deputy Eric Ciotti tweeted that he would oppose “with all (his) strength” this “serious and dangerous” text. On the far right, the acting president of the National Rally Jordan Bardella was indignant: “While Gérald Darmanin agitated the media about the (failed) expulsion of an Islamist, the macronists were secretly filing a bill to foreigners’ right to vote,” he tweeted.

He was referring to the judicial suspension of the expulsion of Imam Iquioussen, accused by French authorities of having made anti-Semitic, homophobic and “anti-women” remarks during sermons or conferences, nearly 20 years for some. In his tweet, Bardella also denounces a “final dispossession of the French from their country”.

Houlié sees it as a “long and beautiful fight”

“France would enrich its model of integration” he argues, and “would also ebb community demands which feed on marginalization”.

“What worries me is the populist debate on this issue. Being able to embrace all the subjects that directly or indirectly affect foreigners in France is a way of giving it a little height, ”wants Mr. Houlié to believe.