High return on investments is a fraud alert: Condusef

Be wary of investments that promise high returns and “low risk” and check whether the companies are regulated are among the main recommendations of the National Commission for the Protection and Defense of Financial Services Users (Condusef) to avoid being a victim of any type of fraud when investing.

Alfonso Partida, an academic from the UdeG, says that those interested in becoming investors should seek advice on the profits offered by the institution in which they will “risk” their money.

He points out that yields that are above what banks and brokerage houses offer should be distrusted, since it may be a company dedicated to committing fraud.

Between last January and June, four thousand 338 investigation folders for fraud were opened in Jalisco, that exceed the 3,570 that were presented in the same period last year, according to data from the Executive Secretariat of the National Public Security System.

As of yesterday, 208 complaints of fraud had been filed against the company Asesores Jurídicos Profesionales (AJP), focused on the purchase and sale of real estate, according to the State Prosecutor’s Office.

The Governor and the Attorney General of the State, Luis Joaquín Méndez, attended Casa Jalisco to those affected by the fraud between individuals of the AJP company, to whom the invitation was extended to form a commission that will maintain the Direct communication with the victims to provide information on the investigation process regarding the identification of assets, accounts and those involved. “It is an issue between individuals, it is not a matter in which the Government has greater interference, but we want to help advise in this process so that, above all, the work of the Prosecutor’s Office can be very clear, very punctual and that people can have the information they need and take the corresponding legal steps, “said the president. 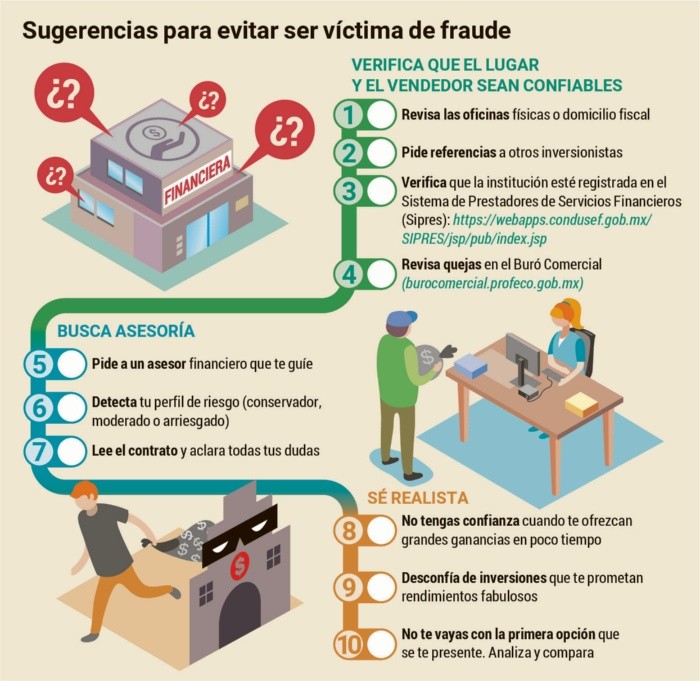 To avoid being a victim of financial fraud, the National Commission for the Protection and Defense of Financial Services Users (Consudef) highlights that there are people who seek to obtain their own benefit, damaging the economy of another, “that is why you should be wary of those institutions and/or agents that offer you large profits in a short time, could be a fraud”.

With an average of almost 24 daily complaints of fraud, Jalisco ranks third nationally in incidence of this crime, according to the Executive Secretariat of the National Public Security System, which gathers information from state prosecutors. Mexico City and the State of Mexico are the ones that report the most cases.

Until last June, four thousand 338 investigation folders were opened for fraud in the Entity; May has been the month with the highest incidence, with 849 complaints for this reason. The figures exceed the same period last year when there were 3,570 complaints. The Technical Standard for the Classification of Common Law Crimes indicates that fraud refers to deception or action in bad faith, in order to illicitly obtain something for one’s own benefit or that of a third party, or achieve an undue profit to the detriment or detriment of the offended.