Criminal who went up to steal in TransMilenio ended up dead: an escort shot him 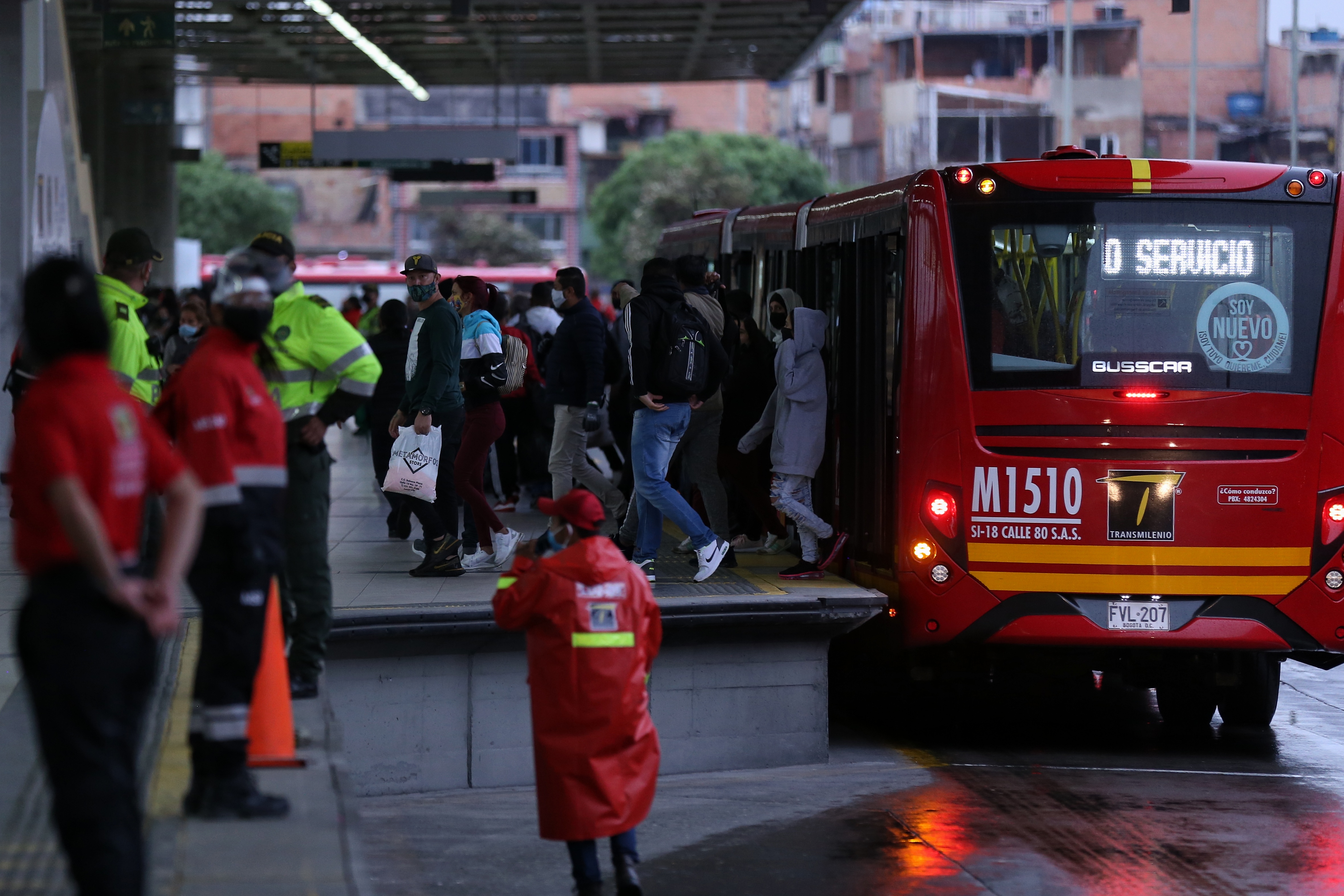 A new act of insecurity was recorded in Bogotá on Monday night. This time, at the TransMilenio station on Calle 26 and Avenida Rojas, where two criminals entered one of the cars to rob users who were there.

According to the ‘Eye of the Night’ section of Blu Radio, when the criminals entered the station, they stopped the doors of one of the vehicles that had just stopped at the place to enter and, later, steal the belongings of the people moving in it.

“They waited for the arrival of one of the articulated. One stopped the doors so that they would not close, and the other with a knife, entered to rob several of the passengers”, detailed the journalist Edward Porras.

The same media also learned that, inside the articulated, an escort was traveling, who was carrying his endowment weapon, so he waited for the criminals to leave the place to unholster his pistol and shoot the criminals.

You can also read: Alias ​​Antonio García, top leader of the ELN, responded to Petro about peace negotiations

In the midst of the shooting, one of the criminals fell dead inside the TransMilenio station, while the other managed to escape. This was confirmed by the commander of TransMilenio to Blu Radio.

“We see a policeman, who works as an escort, with the provided weapon, he activates it in defense of both himself and another citizen who was going to be robbed with a knife. In those moments these people go out to run, one of them is discharged by the uniformed man, “the commander told the radio network.

After the events, the criminalistics units arrived at the scene to remove the body and initiate an investigation that would not only identify the discharged man, but also find the whereabouts of the fugitive criminal. 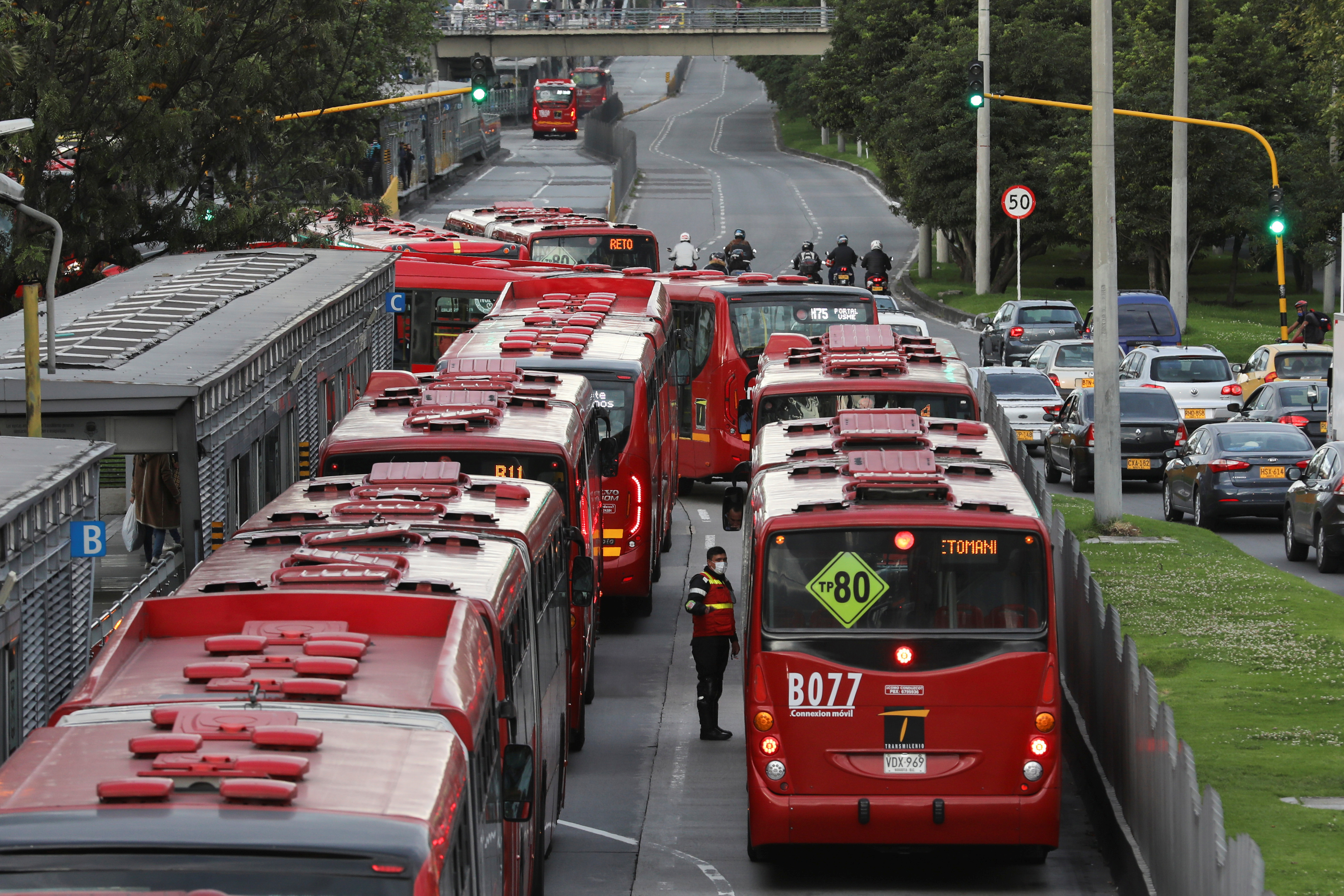 TransMilenio thefts increased by more than 50% in the first half of 2022. File photo. Photo: REUTERS/Luisa Gonzalez

The latest study published by the Futuros Urbanos think tank revealed that, during the first six months of 2022, TransMilenio thefts increased by 51%, which is equivalent to 12% of all thefts in Bogotá.

You can also read: Opposition bench of the Democratic Center replicates Gustavo Petro’s speech a day after his inauguration

“The security of public transport has worsened, we are seeing in TransMilenio a 50% increase in thefts and 18% in SITP users, in the SITP the robbery is predominating in half of the thefts, women are the ones who they suffer from theft in public transport (…) these figures come from official information from the Secretary of Security, they correspond to the first half of this year, which allows us to identify a trend that is happening. One of every 4 thefts that are committed in Bogotá are recorded on public transport”, explained the director of Futuros Urbanos, Omar Orostegui, in dialogue with Caracol Radio.

According to the Urban Futures report, of the 6,315 thefts that were committed in TransMilenio between January and June of this year, 2,892 occurred inside a station, 1,745 in feeder buses, and 1,672 in articulated buses, as the newspaper learned. Time.

Faced with the objects that criminals steal the most in Bogotá’s mass transportation system, Orostegui told Caracol Radio that, “the cell phone is still the favorite element”while the most used modality is the “tickling”.

Gustavo Petro and the possible change in anti-drug policy worries the international community There is direct responsibility of the State for the emergence and actions of paramilitarism: Truth Commission